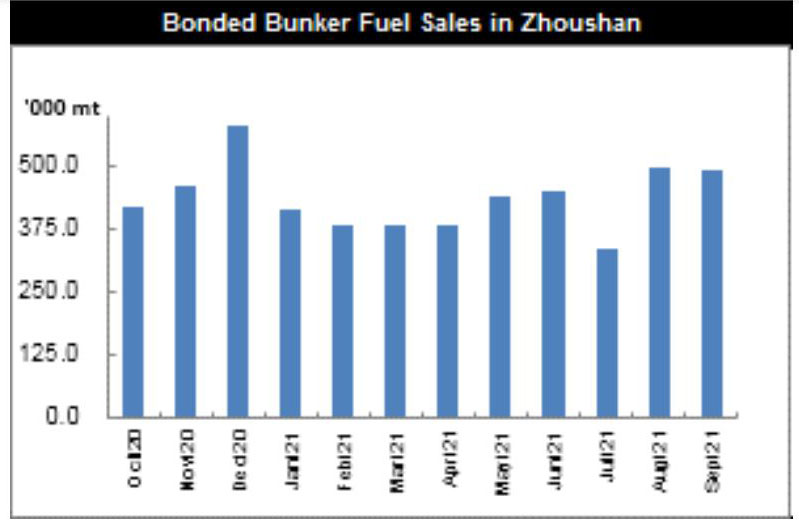 The unloading operations at some ports were also restricted by the dual control measures on energy consumption and energy intensity. Chimbusco and Sinopec sold about 720,000 mt and 810,000 mt of bonded bunker fuel, respectively. Bonded bunker fuel sales were about 80,000 mt for SinoBunker and 30,000 mt for China ChangJiang Bunker (Sinopec). New enterprises in the China (Zhejiang) Pilot Free Trade Zone sold 158,000 mt.

China’s bonded bunker fuel exports in August 2021 were 1.69 million mt, down by 9.75% month on month and 1.1% year on year, according to GAC data. The consumption of bunker fuel slipped due to recurring Covid-19 in different areas. China exported 1.59 million mt of heavy bunker fuel and 94,900 mt of light bunker fuel in August. 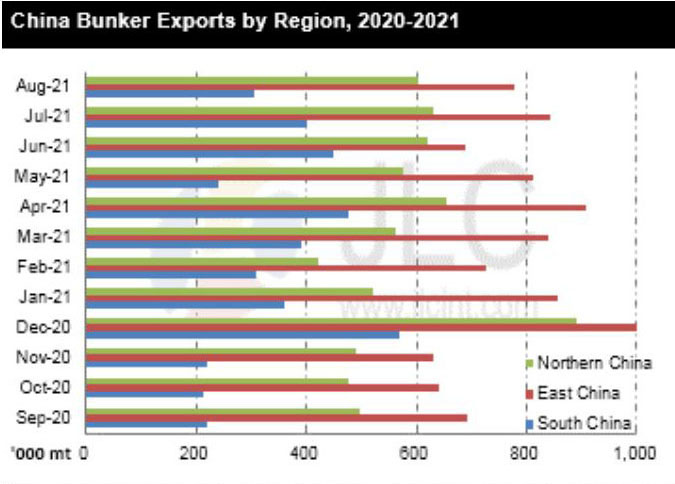 National Day holiday. End users’ consumption of domestic-trade heavy bunker fuel was about 340,000 mt in the month, flat with the previous month. The shipping demand recovered after the typhoon and the restocking demand of downstream buyers boosted the consumption in the transportation sector. The demand for light bunker fuel was 140,000 mt in September, down by 10,000 mt from the previous month.

China’s bonded bunker fuel imports increased sharply in August. Sinopec cut its LSFO production to save its quota. At the same time, the bunkering demand presented stable growth. Bonded bunker fuel traders tended to build up inventories before the peak season in September and October, which drove up the imports further.

Specifically, the largest import source for China was still Malaysia with 516,300 mt of bunker fuel. Imports from Singapore and South Korea were 160,800 mt and 106,200 mt respectively. 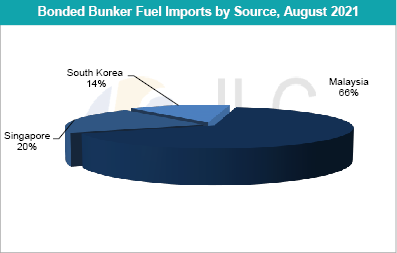 Domestic Chinese blending producers supplied a total of around 350,000 mt of heavy bunker fuel in September, down by 20,000 mt or 5.41% from August, JLC data showed. Low-sulfur residue oil supply was still tight in September. The supply increase in Northeast and North China could not make up for the sharp fall in East China. Shale oil supply also declined significantly. At the same time, the supply of coking feedstocks was short despite their high prices. Domestic light oil supply was about 140,000 mt in September, down by 10,000 mt from the previous month. 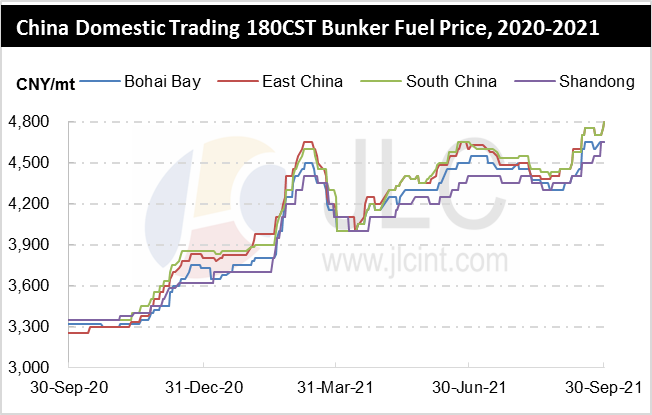 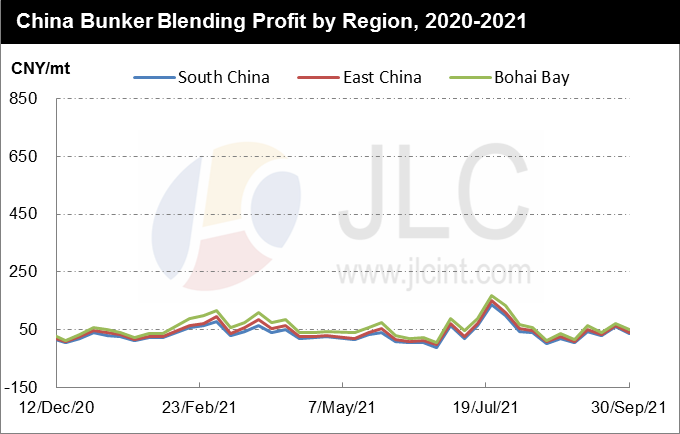