In October, China’s bonded bunker fuel sales fell to 1.22 million mt, JLC data showed. Sales of bonded bunker fuel dropped as demand was tepid in October amid sluggish demand for transport due to falling international trade activities as a result of COVID-19. Besides, most Chinese ports were closed for refueling during the long holiday in early October and strong winds affected port operation at the end of the month, which dampened demand. Chimbusco and Sinopec sold about 502,100 mt and 483,000 mt of bonded bunker fuel, respectively. Bonded bunker fuel sales were about 54,500 mt for SinoBunker and 35,000 mt for China ChangJiang Bunker (Sinopec). New enterprises in the China (Zhejiang) Pilot Free Trade Zone sold 149,000 mt.

China’s bonded bunker fuel sales dropped to 1.41 million mt in September, down by 17.58% month on month, according to GAC data. In September, demand was underpinned by term contracts and gained some support by demand that was switched from Hong Kong ports due to COVID-19. Although sales of bonded bunker fuel at ports in Qingdao, Lianyungang, Zhoushan and Xiamen hit new highs, due to delays in customs clearance, sales recorded by customs were lower than actual sales in September. Specifically, bonded bunker fuel sales were 577,700 mt for Sinopec, 592,700 mt for Chimbusco, 42,800 mt for SinoBunker, 38,300 mt for China ChangJiang Bunker (Sinopec) and 156,500 mt for new enterprises in the China (Zhejiang) Pilot Free Trade Zone. 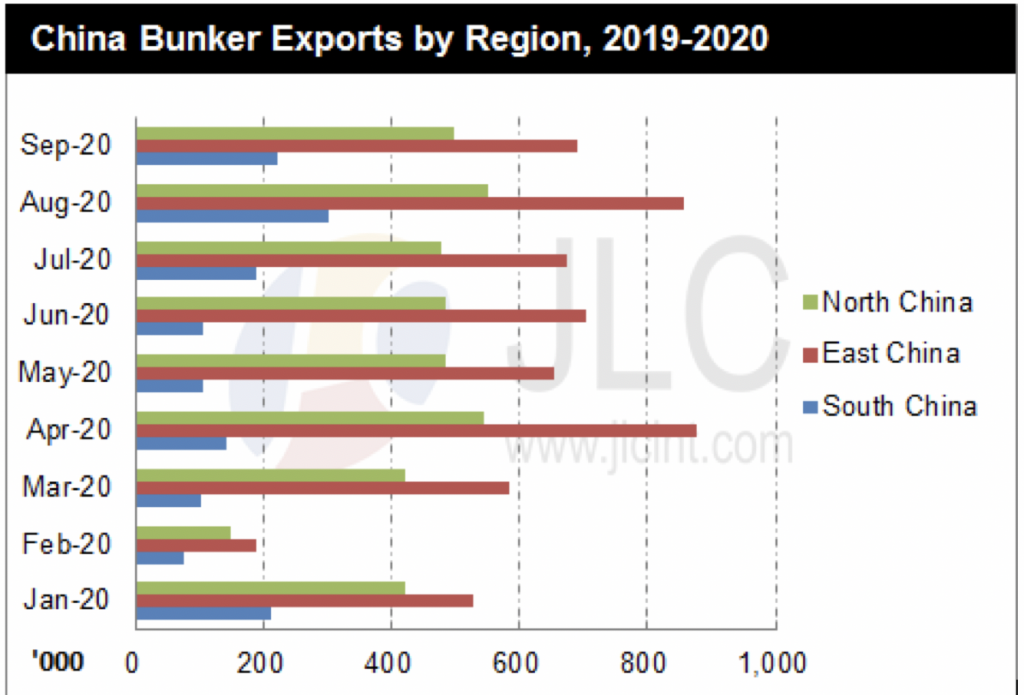 Domestic bunker fuel demand was largely unchanged in October. End users’ consumption of domestic-trade heavy bunker fuel was about 290,000 mt in the month, flat from the previous month. The demand for light bunker fuel was 110,000 mt in October, up by 10,000 mt from September. On one hand, some downstream traders capitalized on lower prices and increased purchases. On the other hand, berthing and refueling operation in the southern region was impeded by typhoon. Some freight capacity was idle due to thin demand for cargoes. Some traders were cautious about trading amid prevailing bearish sentiments.

Specifically, the largest import source for China was still Malaysia with 352,000 mt of bunker fuel. Imports from Singapore rose markedly to 235,000 mt. The imports were 118,000 mt from South Korea. Besides, imports from other countries totaled 2,000 mt. Chinese blending producers supplied a total of around 320,000 mt of heavy bunker fuel in October, a drop of 20,000 mt or 5.88% month on month, JLC data showed. In October, low-sulfur residue oil supply reduced amid tepid buying interest of downstream traders, despite support from high prices. Besides, blending producers were depressed by high blending costs and low blending margins. Bearish sentiments prevailed in the blending market amid falling international crude prices. Supply was dampened as end-user consumption declined. Domestic blended bunker fuel supply dropped but was not tight in October due to slack demand. Light bunker fuel supply was about 120,000 mt, flat from September due to lower diesel bunker prices and tepid demand. 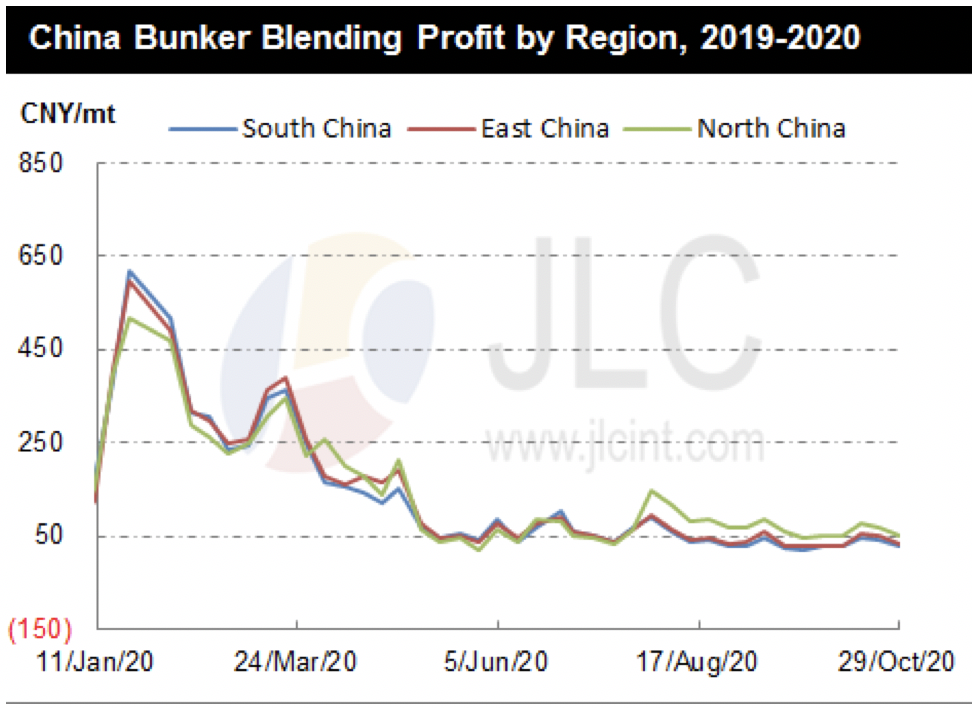 Extraordinary general meetings for both companies were held on Thursday, 25 March and Borrelli Walsh Pte Limited haS been appointed Liquidators for the process.

Firm reported earnings before tax of $15.1 million in FY 2020/21 and increased volumes of 26.5% during the same comparative period, says CEO Søren Høll.