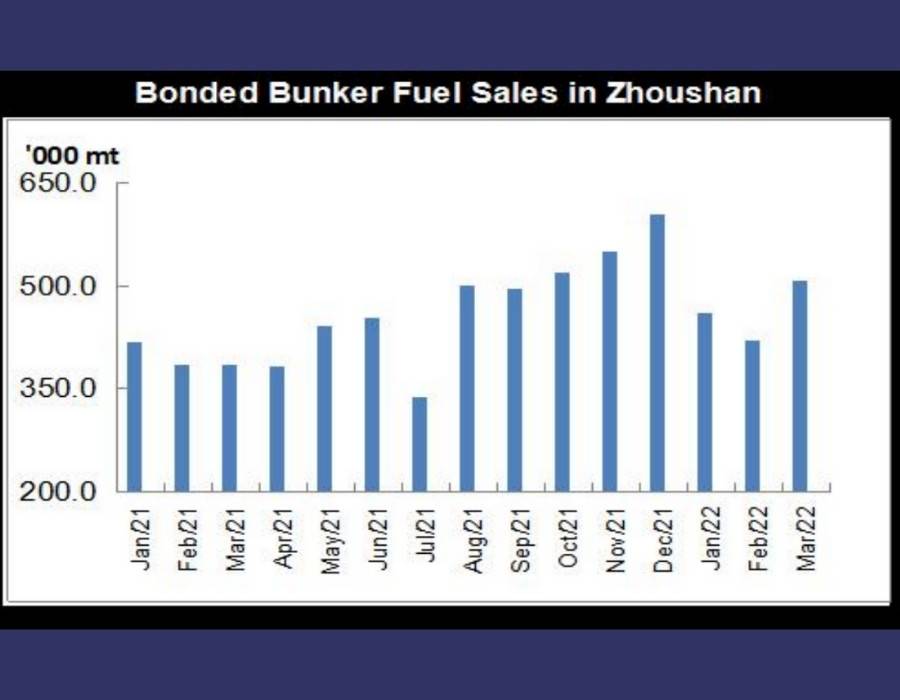 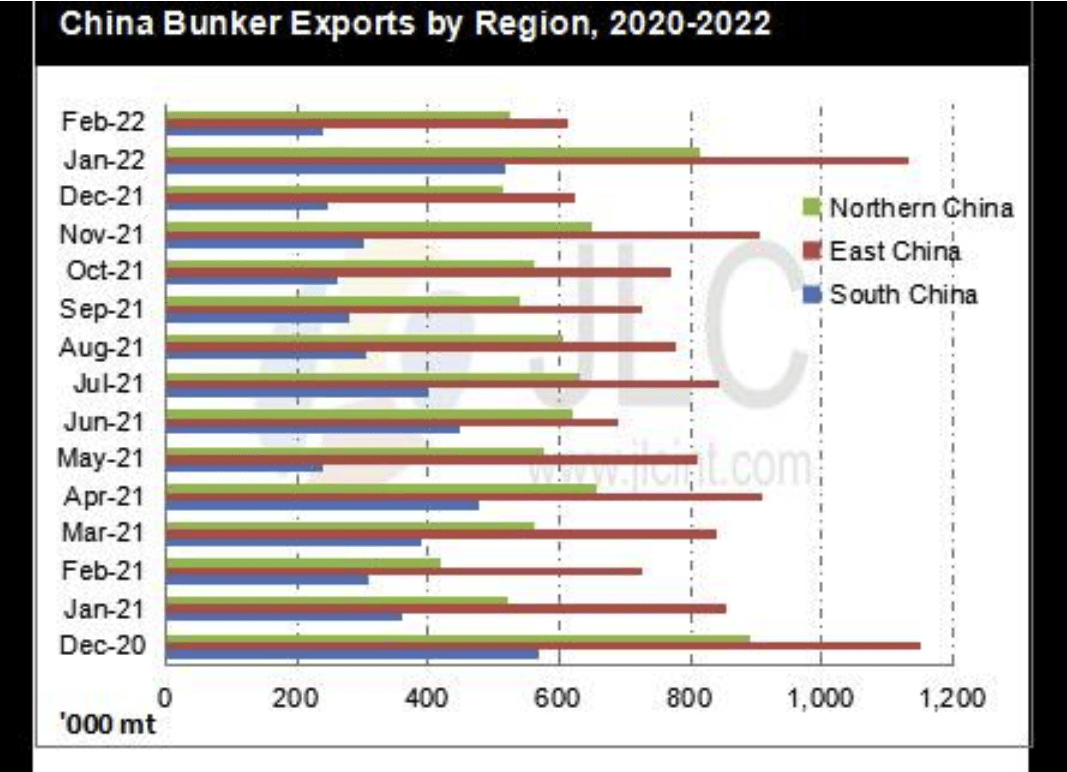 Domestic bunker fuel demand was not strong and the overall market trading was thin in March as Chinareported more and more cases of infection in many cities. However, the domestic market gained some support from rigid demand and minor replenishment amid slipping crude prices in late March.

The country imported about 878,900 mt of bonded bunker fuel in January-February, a plunge of 47.76% from the same period of time in 2021. Specifically, the bonded bunker fuel imports in January were 380,300 mt and those in February were 498,600 mt, GAC data showed. The imports stayed low as the previous priceadvantage faded, leading the traders to cut their imports and purchase domestic resources instead. The operating rates at refiners slipped further and remained low in March due to bad margins, along with the restrictions against the virus. Under the influence of the environmental inspections, the blending volume decreased sharply amid high prices of light coal tar and coal-based diesel components, also because the transportation of the blendstocks was affected by the outbreak of the virus in late March.

Low-sulphur asphalt supply edged up owing to rigid demand, but the rise was relatively slight because most of the blendstocks flowed to the coking sectors when coking margins remained considerable and oil product prices were still high. The overall supply was not adequate, capped by the restrictions against the COVID-19. Domestic marine gasoil (MGO) supply was about 120,000 mt in March, down by 20,000 mt or 14.29% from the previous month, JLC’s data showed. 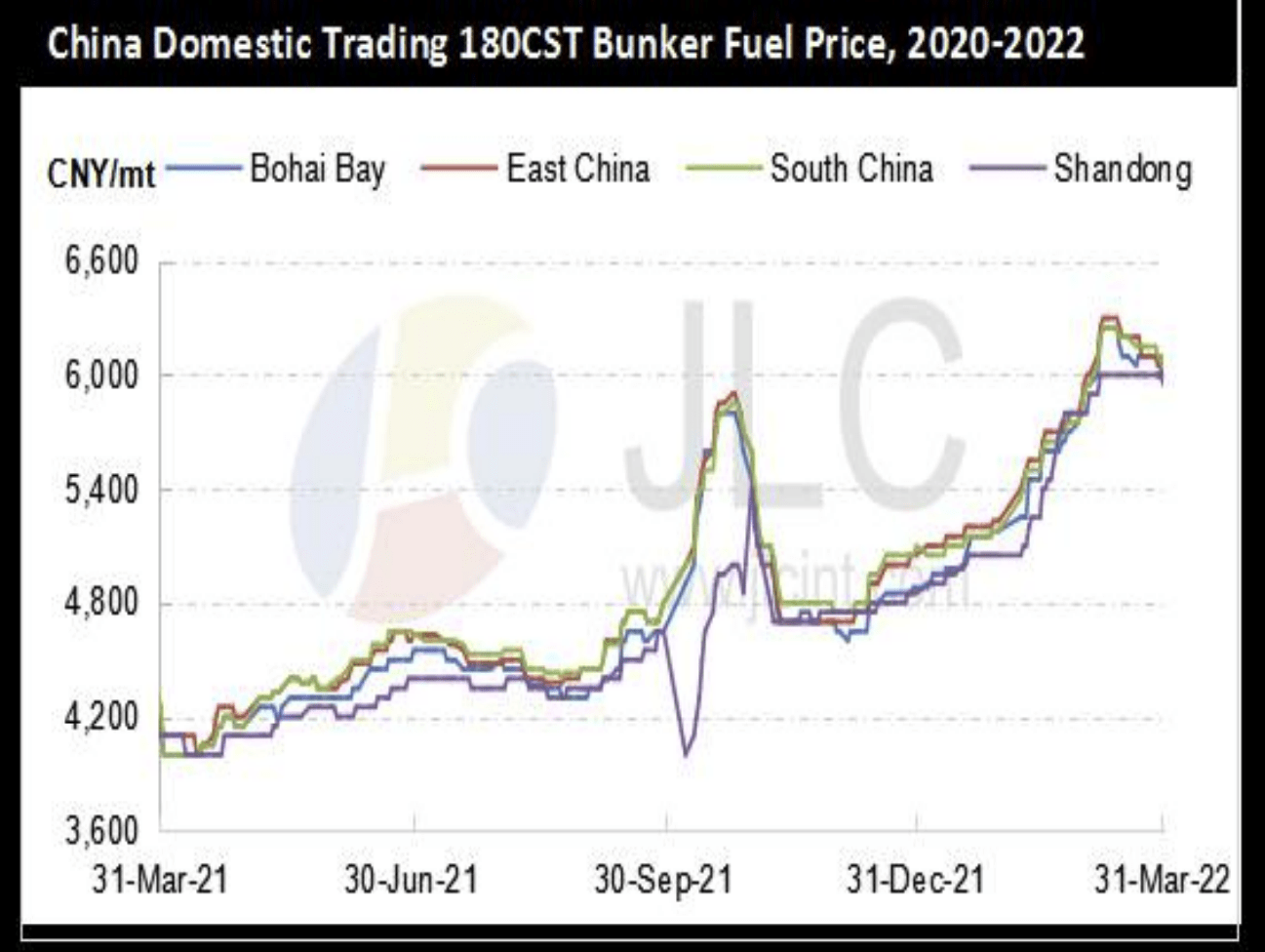 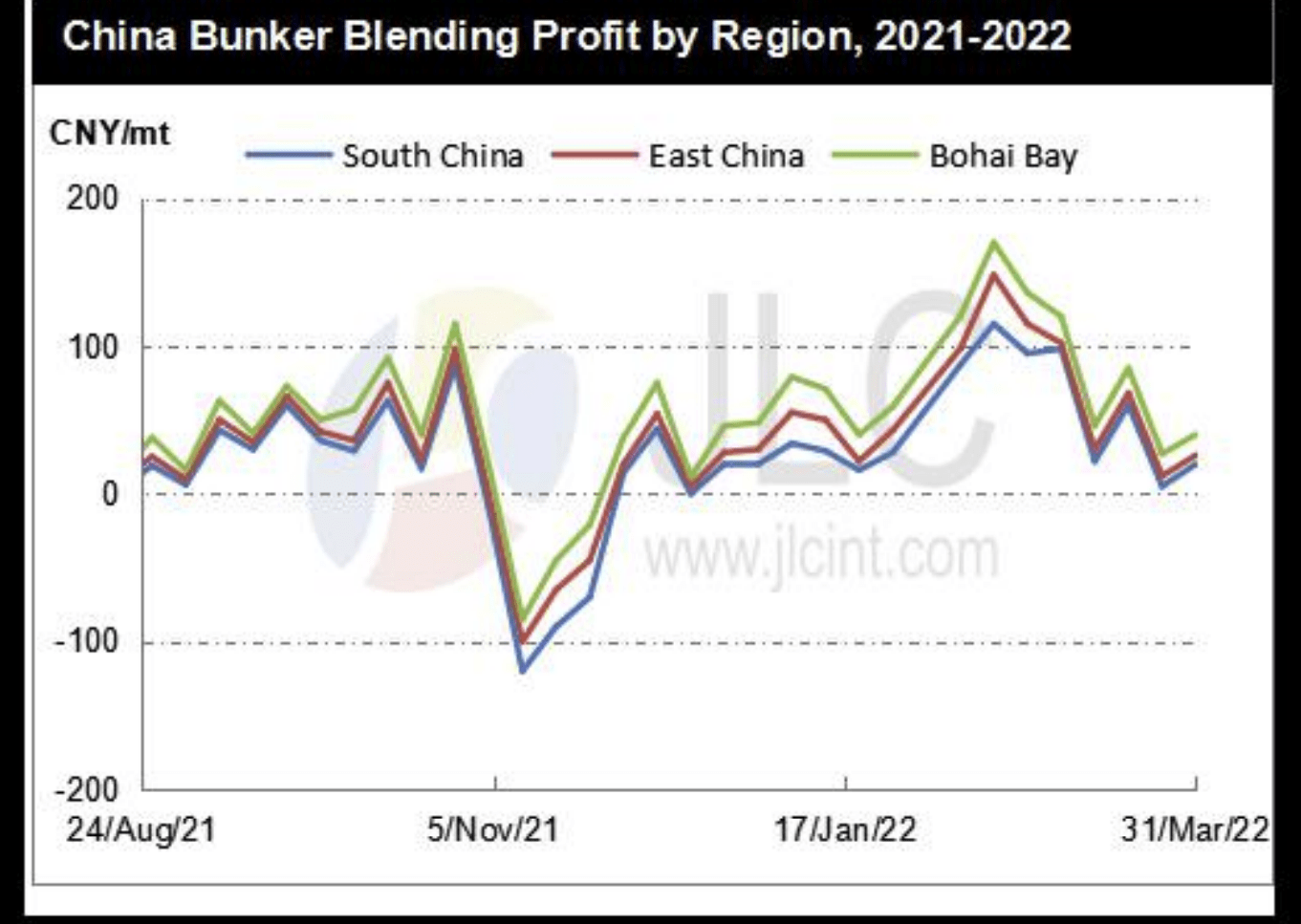 Containment system for the 18,600 m3 tank on the first container ship has already been installed; vessels expected to be delivered by the first half of 2021.

The Standard Club: Supply of LSFO and discharge of wash-water in Brazil

While port authorities stay silent on the subject of wash-water, vessels are advised to switch to a closed-loop if using hybrid scrubbers or IMO 2020 compliant fuel.