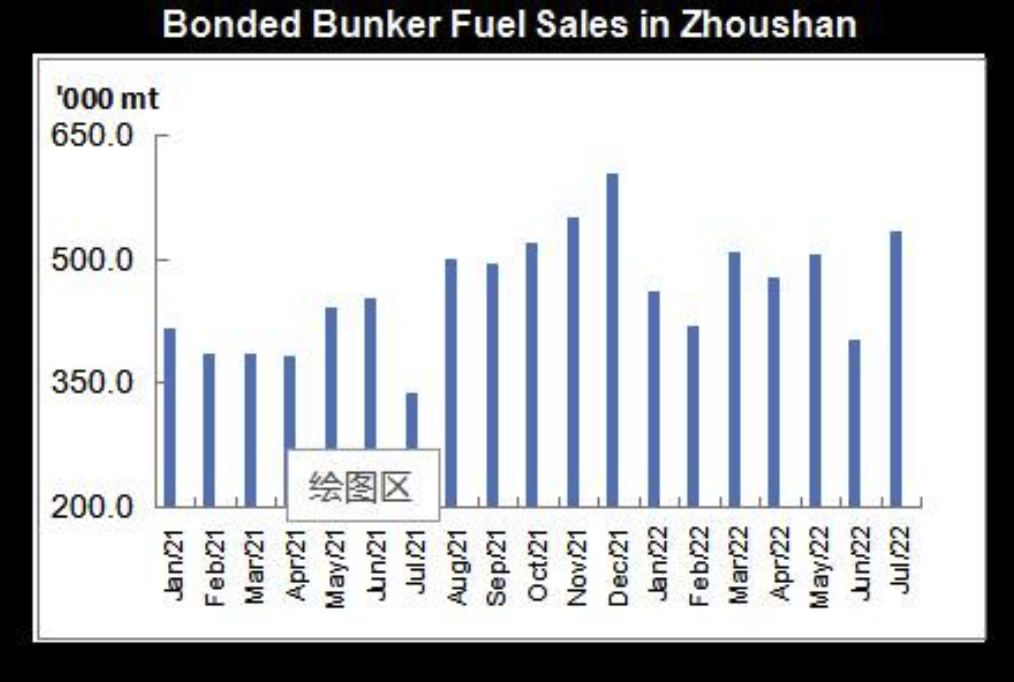 The country’s bonded bunker fuel sales settled at around 1.68 mln mt in the month, a rally of 8.38% from June, JLC’s data shows.

Chimbusco and Sinopec Zhoushan sold about 620,000 mt and 680,000 mt of bonded bunker fuel in July, JLC’s data indicates. Bonded bunker fuel sales for SinoBunker and China ChangJiang Bunker (Sinopec) were about 90,000 mt and 40,000 mt, respectively. Around 250,000 mt of of sales were made by suppliers who held local licenses, with PetroChina accounting for roughly 79,000 mt.

China’s bonded bunker fuel exports moved higher in June as the country further raised its LSFO production. The country exported about 1.51 million mt of bonded bunker fuel in June 2022, rising 2.37% from a month earlier, according to data from the General Administration of Customs of PRC (GACC). 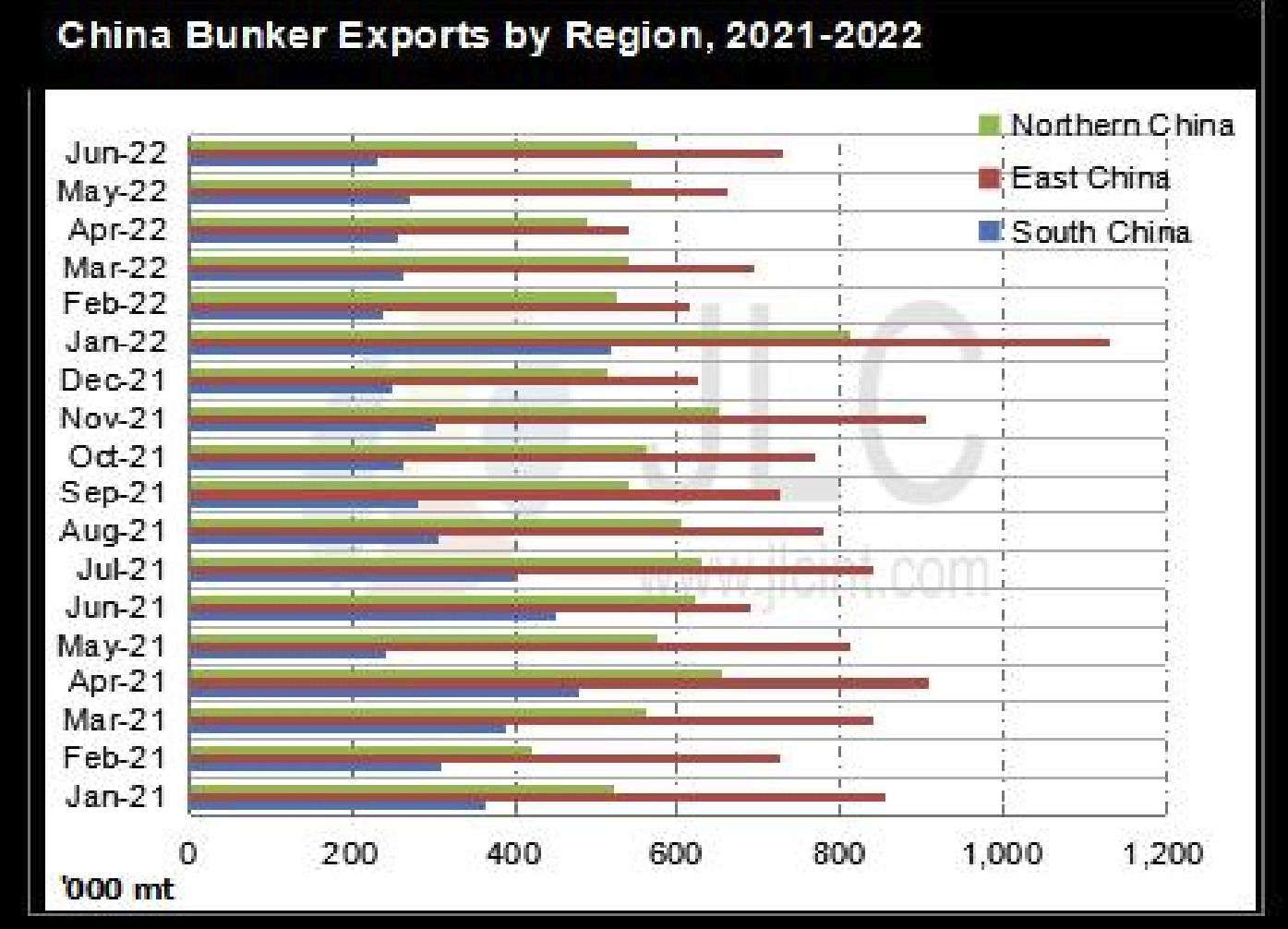 The demand for domestic-trade heavy bunker fuel was around 400,000 mt in the month, growing by 80,000 mt or 25% month on month. Meanwhile, demand for light bunker fuel stabilized at roughly 150,000 mt, depressed by high prices.

China imported about 517,400 mt of bonded bunker fuel in June 2022, jumping 46.07% month on month, according to the data from the General Administration of Customs of PRC (GACC).

Though China ramped up its LSFO production in the month, the aggregate supply stayed relatively tight and failed to meet domestic demand. Most traders maintained low inventories amid insufficient supply and relatively abundant demand. Additionally, certain dealers who were optimistic about LSFO prices boosted their procurement of imported low-sulfur resources in the month with an expectation of rising bunker fuel prices in the short term.

China tallied an accumulation of 2.45 million mt of imported bonded bunker fuel in the first half of this year, shrinking by more than a half from the first six months of 2021, GACC data also shows. 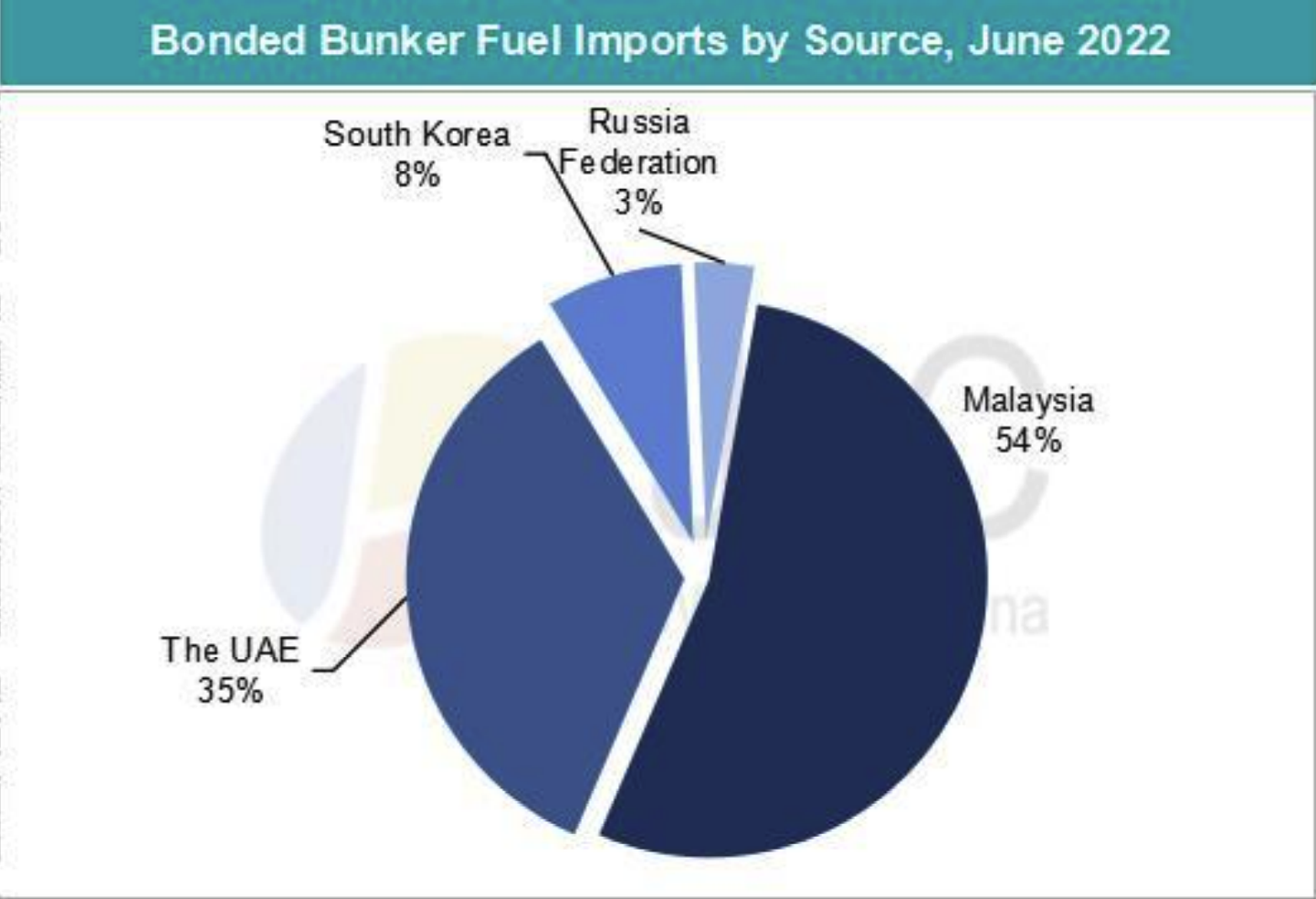 In detail, the supply of low-sulfur asphalt, an important blendstock for heavy bunker fuel, increased in July when refineries’ operating rates climbed. Meanwhile, demand for coal-based diesel grew because of lower prices, and the supply of and demand for shale oil and light coal tar were largely balanced.

Despite lower feedstock cost, blending margins were still low in July and blenders based their blending on rigid demand. 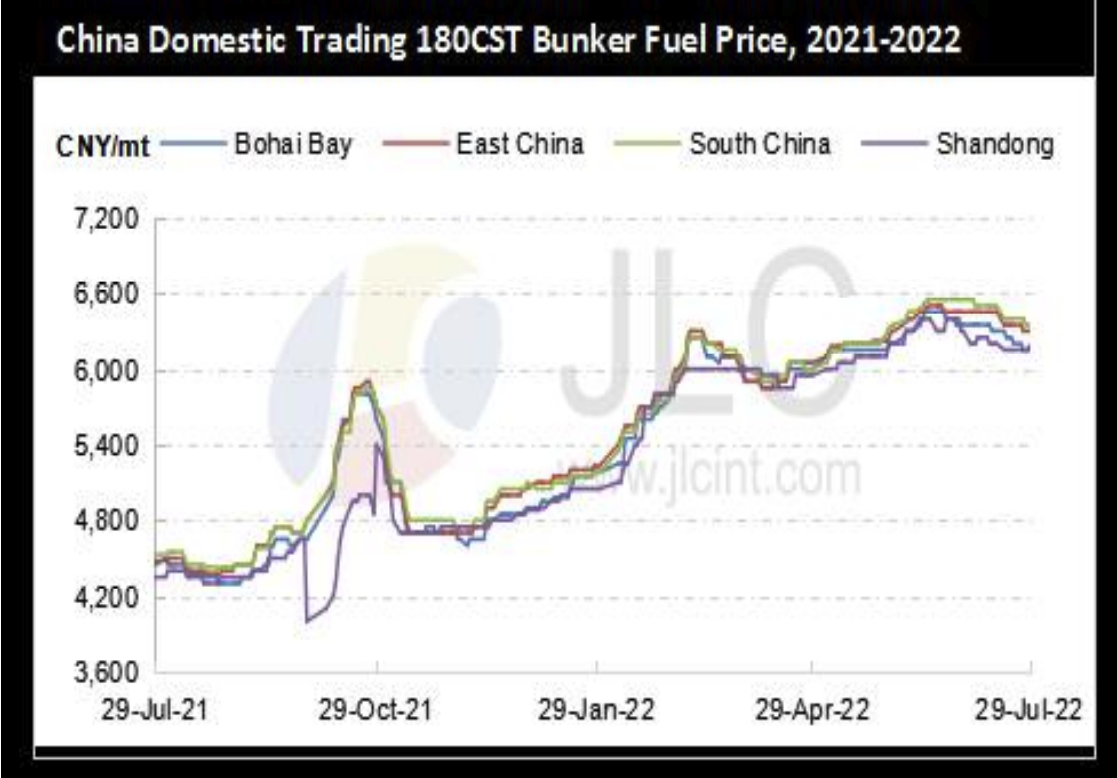 Design of the E-Pusher has a draft that is 30% less than conventional pusher tug designs; modular design E-Pusher offers a 50% faster delivery time.