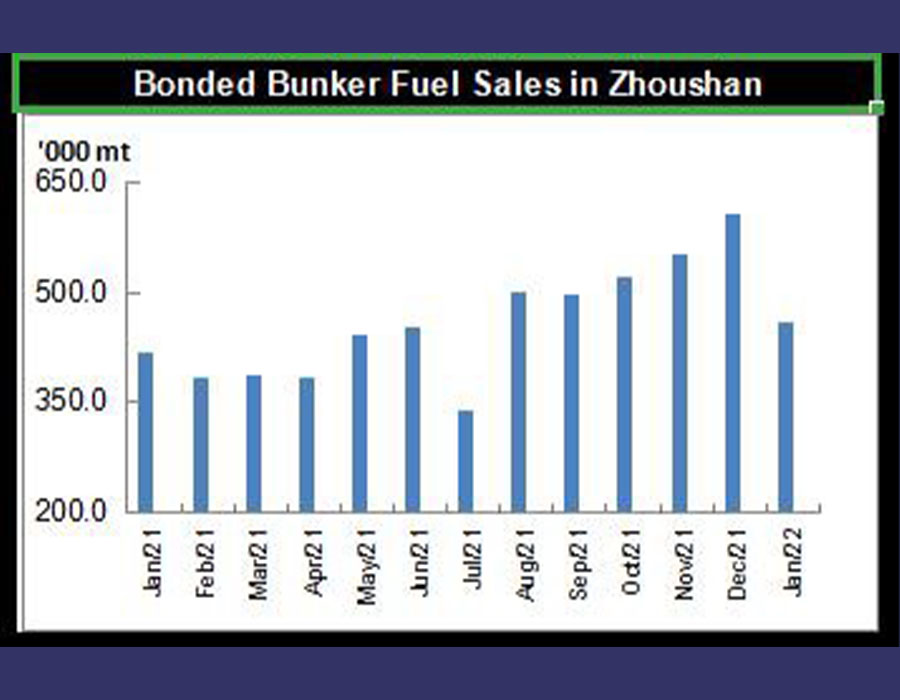 China’s bonded bunker fuel sales dropped in January because of the holiday for the Chinese New Year and the recurrence of COVID-19 in Ningbo, despite China’s price advantage and fair demand from surrounding countries’ ships. Chinese blending producers supplied a total of around 340,000 mt of heavy bunker fuel in January 2022, flat with a month before, JLC’s data showed. In north China, the operating rates stayed low with the advent of the Beijing Winter Olympics. Refiners in east China supplied only a small amount of bunker fuel in the month.

Shale oil and light coal tar supply was tight and the overall supply was not adequate. There was rigid demand in the market near the Spring Festival, so blenders based their production on sales. As for light oil, overall supply slipped amid shortage of feedstocks. Domestic light bunker oil supply was about 130,000 mt in January, down by 10,000 mt from the previous month, JLC’s data shows. Svitzer introduces ‘Ecotow’; tug fleet in London and Medway to be powered by marine biofuel

Development takes place after completion of an industry-first biofuel trial onboard Svitzer Intrepid which has been running since September 2021.

GoodFuels considers the “Fit for 55 package” an essential instrument to accelerate both the energy transition in shipping and IMO regulatory changes set for 2030 and 2050.