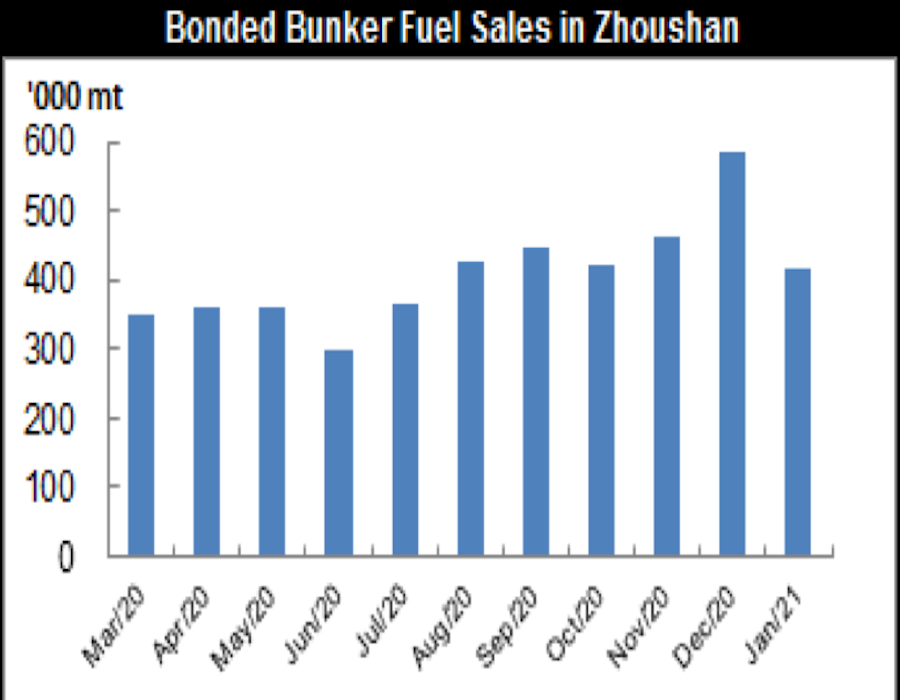 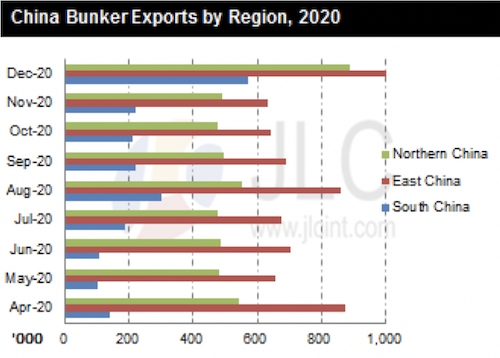 Domestic bunker fuel demand climbed in January. End users’ consumption of domestic-trade heavy bunker fuel was about 370,000 mt in the month, up by 20,000 mt from the previous month. The demand for light bunker fuel was 130,000 mt in January, flat from December. Demand gained some support from rising international crude prices. As the Chinese New Year holiday was approaching, downstream users replenished stocks, but less than expected amid a better demand season. In addition, traders held caution as the virus resurged. Trades were limited despite increasing inquiries from end-users. 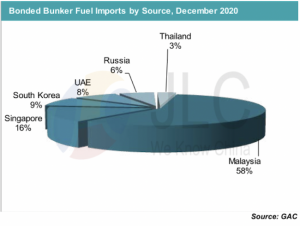 Chinese blending producers supplied a total of around 380,000 mt of heavy bunker fuel in January, flat from December, JLC data showed. In January, low-sulfur residue oil supply tightened. The supply in the northern region was affected by the resurging virus. Residue oil supply in East China reduced, leading to insufficient blendstock supply in the market. Blenders in South China relied on purchases from the northeastern region or Shandong. Most of them kept their inventories low and stabilized their supply. Light bunker fuel supply was about 140,000 mt, flat from December as refiners kept high operating rates amid increasing refining margins. 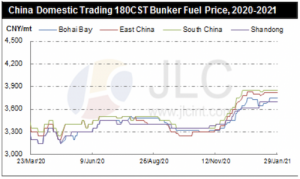 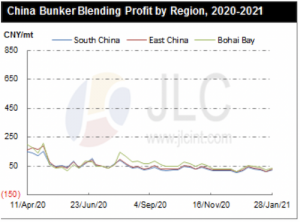 All rights reserved. No portion of this publication may be photocopied, reproduced, retransmitted, put into a computer system or otherwise redistributed without prior authorisation from JLC.

Several liquidators were appointed for the company at an extraordinary general meeting held on Thursday (22 September), according to the Government Gazette.

AiP is important in further verifying readiness for commercialisation of Azane’s proprietary ammonia bunkering terminals prior to commencing construction.