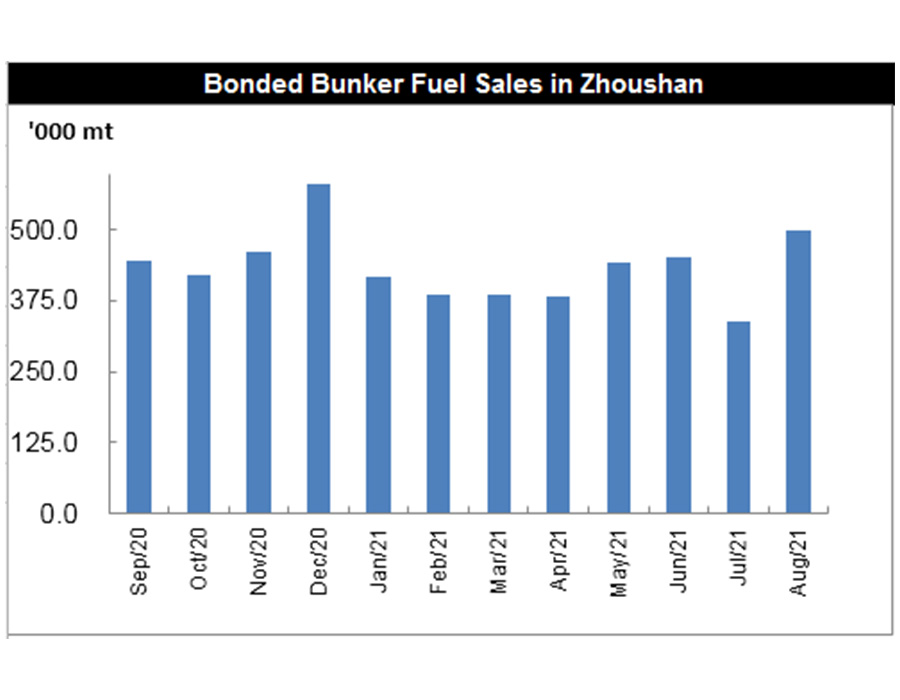 China’s bonded bunker fuel sales increased to 1.68 mln mt in August, JLC data showed. The bonded bunker demand at each port was different despite the stable overall demand. The bunkering operation at Zhoushan Meishan port and Shenzhen Yantian port was suspended under the influence of Covid-19 resurgence for a certain period of time in August.

The congestion at Zhoushan port forced some shipowners to transfer to Shanghai and Fujian, while the sales at Zhoushan remained high due to the support of the integrated bunker supply system of Zhejiang and Shanghai. Chimbusco and Sinopec sold about 690,000 mt and 710,000 mt of bonded bunker fuel, respectively. Bonded bunker fuel sales were about 85,000 mt for SinoBunker and 30,000 mt for China ChangJiang Bunker (Sinopec). New enterprises in the China (Zhejiang) Pilot Free Trade Zone sold 162,500 mt. 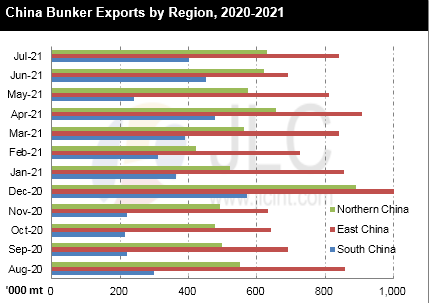 China’s bonded bunker fuel imports slipped continuously in July. For one thing, domestic LSFO output rose significantly, given the better profits. For another, the bunkering demand in East China decreased under the influence of the centenary celebrations of the CPC and severe weather.

Specifically, the largest import source for China was still Malaysia with 349,100 mt of bunker fuel. Imports from Singapore and South Korea were 124,900 mt and 46,400 mt respectively. 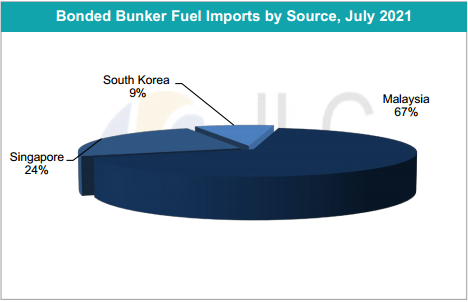 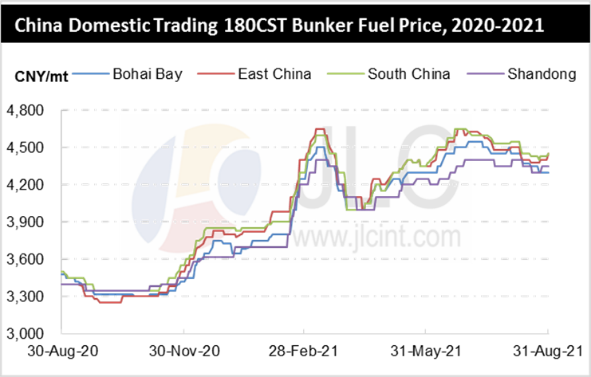 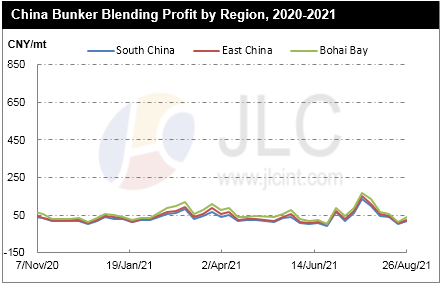 The company is targeting opportunities in bunkering, exports and blending for its 125,000 m3 oil storage facility.

Winding up petition was made at Bermuda Court on 22 October and has been listed for hearing on Friday (19 November) at 11:30 am (Bermuda Time).