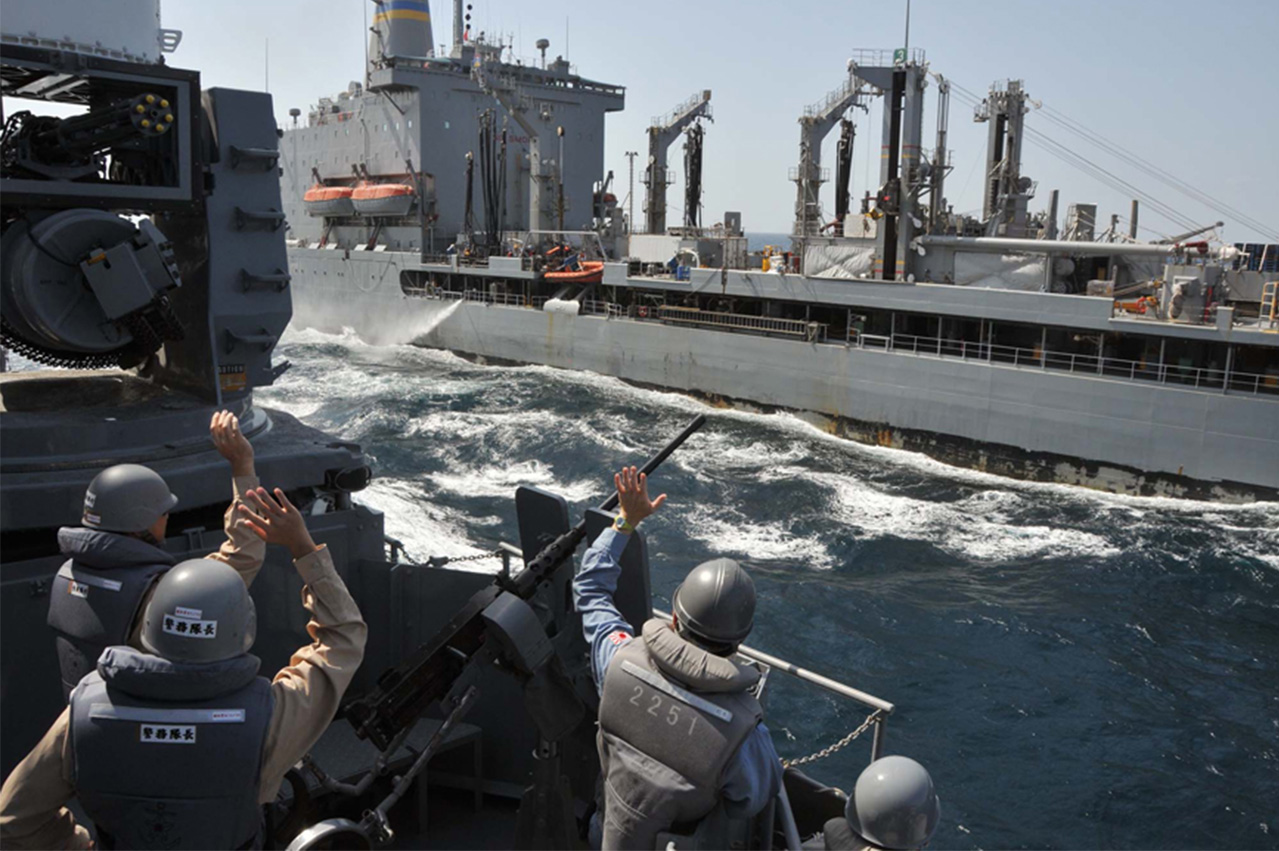 The Japanese navy, also known as the Maritime Self Defense Forces (MSDF), is looking to acquire a 300,000 deadweight tonne (dwt) oil tanker to transport bunker fuel to its base at White Beach port on Okinawa island.

Plans for the acquisition will be included in a MSDF review that identifies future equipment procurement for the five years beginning April 2019, according to Reuters.

The development is spurred by an increase in naval operations in the East China Sea; Japan and China are currently involved in a territorial dispute over the ownership of a group of islands claimed as the Senkaku in Tokyo and Diaoyu in Beijing.

Commercial entities currently take up to two months to supply bunker fuel to the MSDF’s White Beach facility once a contract agreement has been reach.

The increased frequency of operations within the region has led to new requirements for MSDF to secure its own bunker avails.

“Activity at White Beach has increased by three to four times, but there isn’t enough space to expand capacity,” said a source.

“It takes too long time for ships to return to their base in (mainland) Kyushu for refuelling so more are stopping in Okinawa instead,” notes another.

There are two newly elected joiners to the board following the 2021 election: Jesper Rosenkrans from Total and J. Stephen Simms of the US law firm Simms Showers LLP.

By the end of 2021, a record of more than 240 million metric tonnes of marine fuel would have flowed through MFMs installed onboard Singapore bunker tankers; Manifold Times finds out why this is so.

Takeuchi Sea can provide over 20,000 mt per month of VLSFO and LSGO to customers both within the port of Corpus Christi and at the port of Ingleside.