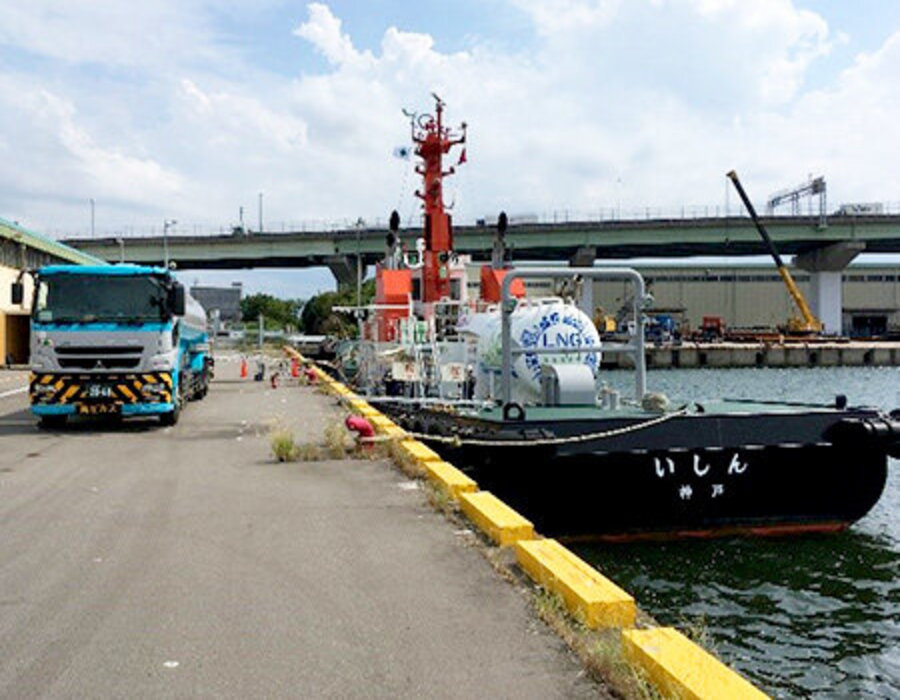 The operation on (1 September) marks the first use of CNLNG as vessel fuel in Japan, says the companies.

CNLNG for the Ishin was supplied to the tugboat using the truck to ship method at the wharf in Sakai Senboku Port, Osaka.

The “carbon neutral” designation means that all greenhouse gases (GHGs), generated throughout the life cycle of natural gas extraction, liquefaction, transport, production, and combustion processes, were offset by credit and CNLNG is expected to gain wide adoption in the future for general use as well as vessel fuel.

The goal of the MOL Group is to achieve net zero GHG emissions by 2050, as set out in the “MOL Group Environmental (announced in June 2021). The group set the “Adoption of Clean Alternative Fuels” strategy to realize the goal, and plans to introduce about 90 LNG-fueled vessels by 2030. The Ishin is MOL’s first LNG-fueled vessel, and the group continues its proactive push on new initiatives to reduce GHG emissions. it states.

MOL aims to promote the wider use of LNG-fueled vessels while working to adopt new alternative fuels such as ammonia and conducting research and development on the use of synthetic methane, which is expected to contribute to further GHG reduction. It not only strives to reduce GHG emissions generated from its own operations, but also to meet the needs of customers and society to reduce the environmental impact of its activities. 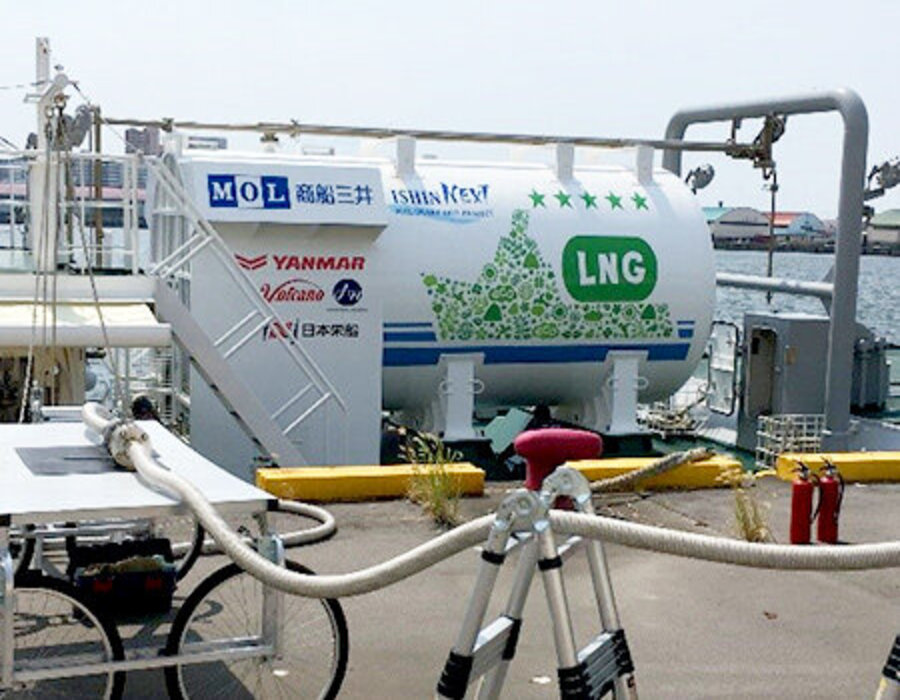 South African Maritime Safety Authority and authorities said two vessels were initially kept side-to-side to contain spillage while the cause of the oil spill is still under investigation.

‘We show that the future fuel mix is highly dependent on underlying assumptions, notably regarding fuel prices and policy ambitions,’ states lead author of Maritime Forecast to 2050.