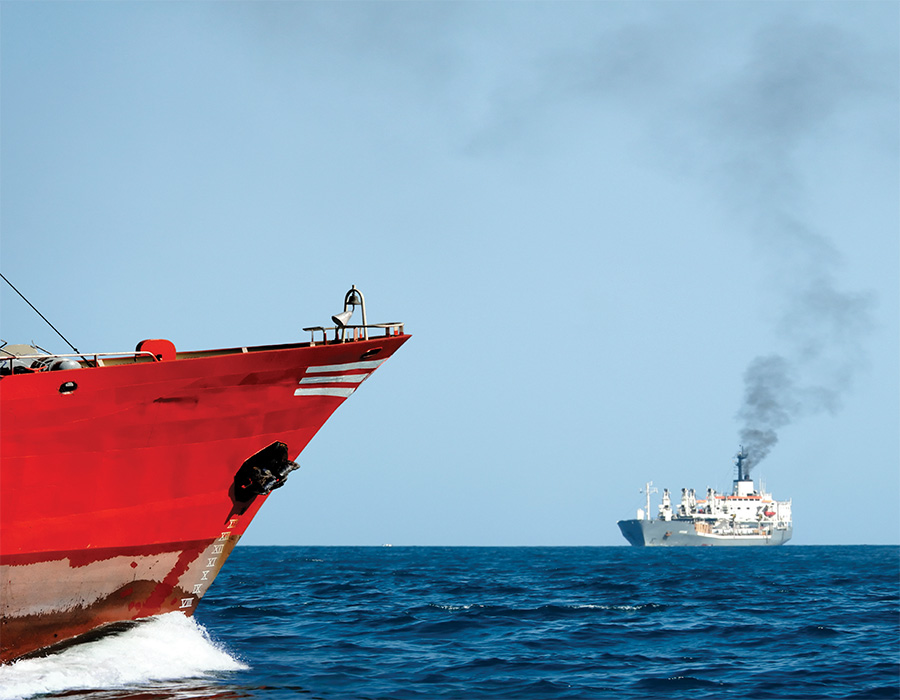 The European Maritime Safety Agency (EMSA) and the European Environment Agency (EEA) on 1 September (Wednesday) released a new report revealing for the first time the full extent of the impact of the EU maritime transport sector on the environment and identifies challenges to achieving sustainability:

With 77 % of European external trade and 35 % of all trade by value between EU Member States moved by sea, maritime transport is a key part of the international supply chain. Despite a drop in shipping activity in 2020 due to the effects of the COVID-19 pandemic, the sector is expected to grow strongly over the coming decades, fuelled by rising demand for primary resources and container shipping.

The report shows that ships produce 13.5 % of all greenhouse gas emissions from transport in the EU, behind emissions from road transport (71 %) and aviation (14.4 %). Sulphur dioxide (SO2) emissions from ships calling in European ports amounted to approximately 1.63 million tonnes in 2019, a figure which is expected to fall further over the coming decades due to stricter environmental rules and measures.

Maritime transport is estimated to have contributed to the fact that underwater noise levels in EU waters have more than doubled between 2014 and 2019 and has been responsible for half of all non-indigenous species introduced into European seas since 1949. However, even though the volume of oil transported by sea has been steadily increasing, only eight accidental medium to large oil tanker spills out of a worldwide total of 62 occurred in EU waters over the past decade.

The joint report assesses the current state of emerging maritime transport sustainability solutions, including alternative fuels, batteries and onshore power supply, and provides a comprehensive picture of their uptake in the EU. It also outlines future challenges posed by climate change for the industry, including the potential impact of rising sea levels on ports.

“Our Sustainable and Smart Mobility Strategy makes clear that all transport modes need to become more sustainable, smarter and more resilient —  including shipping. Although maritime transport has improved its environmental footprint in past years, it still faces big challenges when it comes to decarbonising and reducing pollution. Based on all the latest evidence, our policies aim to help the sector confront these challenges, by making the most of innovative solutions and digital technologies.

This way, maritime transport can keep growing and delivering on our citizens’ daily needs, in harmony with the environment, all the while maintaining its competitiveness and continuing to create quality jobs,” said Adina Vălean, EU Commissioner for Transport.

“This joint report gives us an excellent overview of the present and future challenges related to maritime transport. The message is clear: maritime transport is expected to increase in the coming years and unless we act now, the sector will produce more and more greenhouse gas emissions, air pollutants and underwater noise. A smooth but rapid transition of the sector is crucial to meet the objectives of the European Green Deal and move towards carbon neutrality.

This will also create new economic opportunities for the European transport industry as part of the necessary transition to a sustainable blue economy. The challenge is immense, but we have the technologies, the resources and the will to tackle it,” said Virginijus Sinkevičius, European Commissioner for Environment, Oceans and Fisheries.

“Innovation-driven sustainability is an opportunity for shipping to complete a transformation on the same scale as the replacement of sails by steam. This new maritime revolution will depend on ships developed through advanced technology and digital solutions, but also on a multi-layered, fully inclusive process at national, European and international level that encompasses safety, security and social aspects as well as environmental ones. But crucial too is shipping’s role as a link in a transnational logistics chain. said Maja Markovčić Kostelac, EMSA’s Executive Director.

This means that every part of that chain —  from ports to the shipbuilding sector, from shippers to the private and public financial sectors —  must be included in our drive towards sustainability.

“While Europe’s maritime transport sector plays a vital role for our economic well-being, this report clearly shows that maritime transport in Europe and the entire international shipping community have an urgent responsibility to step up their efforts to reduce this sector’s environmental footprint.”

While steps have been taken already based on European and international policies, much more is needed for a fundamental shift towards a sustainable maritime transport sector that contributes to secure the future well-being and survival of our most sensitive ecosystems and coastal areas, and the well-being of Europeans,” said Hans Bruyninckx, EEA Executive Director.

Key impacts on the environment

Already, most ships calling in the EU have reduced their speed by up to 20 % compared to 2008, thereby also reducing emissions, according to the report.

In addition, non-traditional fuels and energy sources, such as biofuels, batteries, hydrogen or ammonia, are emerging as possible alternatives for shipping, with the potential to decarbonise the sector and lead to zero emissions. Onshore power supply (where ships shut down their engines and connect to a power source on land while berthed at port) can also provide a clean source of energy in maritime and inland navigation ports.

FOBAS will continue to assist its clients throughout Lunar New Year, however the company anticipates its usual services to be affected during this period, it said.