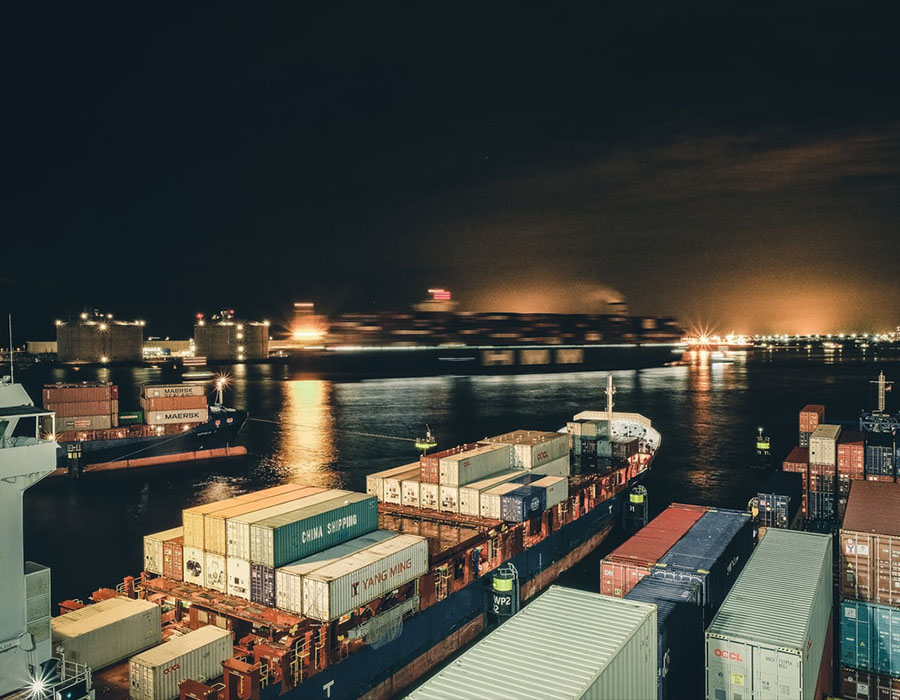 The International Renewable Energy Agency (IRENA) on Wednesday (13 October) reported on green hydrogen’s potential to reduce CO2 emission of up to 80%:

A rapid replacement of fossil fuels with renewable fuels based on green hydrogen and advanced biofuels could enable to cut up to 80% of CO2 emissions attributed to international maritime shipping by mid-century, a new report by the International Renewable Energy Agency (IRENA) finds. Renewable fuels should contribute at least 70% of the sector’s energy mix in 2050, IRENA’s A Pathway to Decarbonise the Shipping Sector by 2050 shows, outlining a roadmap for the global shipping sector in line with the global 1.5°C climate goal.

“Between 80% and 90% of international trade is enabled through maritime means. Decarbonising global shipping is one of the most challenging sectors to address and despite raised ambitions current plans fall short of what is needed. This IRENA outlook clearly shows that cutting CO2 emissions in such a strategic, hard to abate sector is technically feasible through green hydrogen fuels,” says Francesco La Camera, IRENA Director-General.

If the international shipping sector were a country, it would be the sixth- or seventh-largest CO2 emitter. IRENA’s decarbonisation 1.5 C pathway is based on four key measures such as indirect electrification by employing green hydrogen-based fuels, the inclusion of advanced biofuels, the improvement of vessels’ energy efficiency and the reduction of sectoral activity due systemic changes in global trade dynamics.

In the short term, advanced biofuels will play a key role in cutting emissions, providing up to 10% of the sector’s total energy mix in 2050. In the medium and long-term green hydrogen-based fuels will be pivotal, making up 60% of the energy mix in 2050. E-methanol and e-ammonia are the most promising green hydrogen-based fuels, with particularly e-ammonia set to be the backbone for the sector’s decarbonising by 2050. IRENA report flags that e-ammonia could represent as much as 43% of the sector’s energy needs in 2050, which would imply the use of about 183 million tonnes of renewable ammonia for international shipping alone, a comparable amount to today’s ammonia global production.

IRENA’s report also finds that the production costs of alternative fuels and their availability will ultimately dictate the actual employment of renewable fuels. Moving from nearly zero CO2 emissions to net zero requires a 100% renewable energy mix by 2050. While renewable energy costs have been falling at an accelerated rate, further cost declines are needed for renewable energy-derived fuels to become the prime choice of propulsion.

Climate goals and decarbonisation ambition can be raised by adopting relevant and timely co-ordinated international policy measures. A realistic carbon levy will be critical, putting an adjustable carbon price on each fuel to prevent new fossil fuel investments and stranded assets.

Finally, the report calls on all stakeholders to develop broader business models and establish strategic partnerships involving energy-intensive industries, as well as power suppliers and the petrochemical sector. Stakeholders need to be fully mapped out and engaged, the various players need to work towards a common goal. Accordingly, governing bodies regulating the international shipping sector need to develop integral and participative planning exercises, establishing step-by-step actions for reaching zero emissions by 2050.

Digital story on How to decarbonise the shipping sector

IBIA Asia: Direction to ‘stay on course’ with new Chairman

Refining company Hyundai Oilbank knows they're the only ones that can still offer spot supplies for May so prices are through the roof, says one trader.