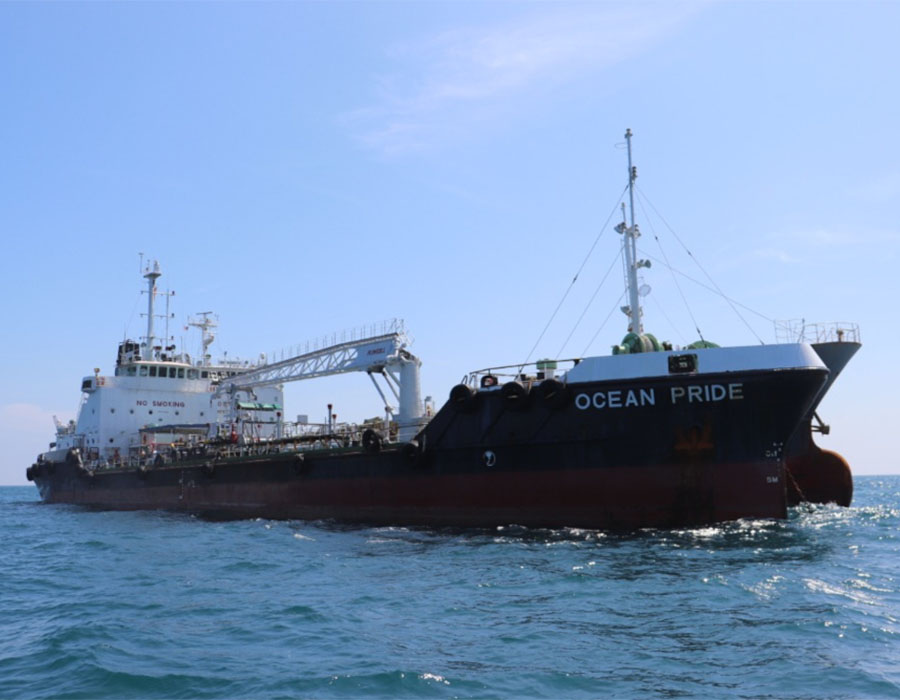 The Malaysian Maritime Enforcement Agency (MMEA) on Wednesday (22 December) said it is on the hunt for 12 Indonesian suspects, all former crew of the Cook Islands registered oil tanker Ocean Pride (IMO 9055565), to assist in investigations.

He shared the vessel was on the way from Singapore to Dili, East Timor with the 12 Indonesian crew when MMEA received an alert of attempted robbery at a position 23.6 nautical miles east, Tanjung Siang, Johor at 1pm.

“An inspection by Malaysian Maritime assets at the location found the ship was left without a crew, and an estimated 1,800,305 litres of diesel cargo equivalent to RM 4,860,823.50 had also been stolen from the ship,” he said in a Wednesday statement.

According to Nurul Hizam, the 12 wanted suspects are:

“The suspects are to assist in the investigation of the MT Ocean Pride tanker robbery case which is being probed under Section 380m and Section 34 of the Penal Code (Act 574),” he stated.

A Red Notice has been issued by the International Police (INTERPOL) regarding the case.

Red Notices are issued for fugitives wanted either for prosecution or to serve a sentence. A Red Notice is a request to law enforcement worldwide to locate and provisionally arrest a person pending extradition, surrender, or similar legal action.

Singapore: Xihe Holdings and subsidiaries to be placed under judicial management

The application was filed by OCBC bank in July this year and Seshadri Rajagopalan and Paresh Jotangia will be the joint judicial managers for Xihe Holdings.

MT Absolute I is an 8,646 dwt bunker tanker capable of carrying three grades of fuel; she has been chartered to BP to supply bunkers to customers in Fremantle.

DMCA is increasing the number of licensed bunker vessels to 12 ships and resuming maritime operations in anchorage areas, including ship repairs.

As the economy braces itself for decline, government stimulus packages will do little for shipping; safeguarding the free flow of cargo is key to protecting the maritime industry.