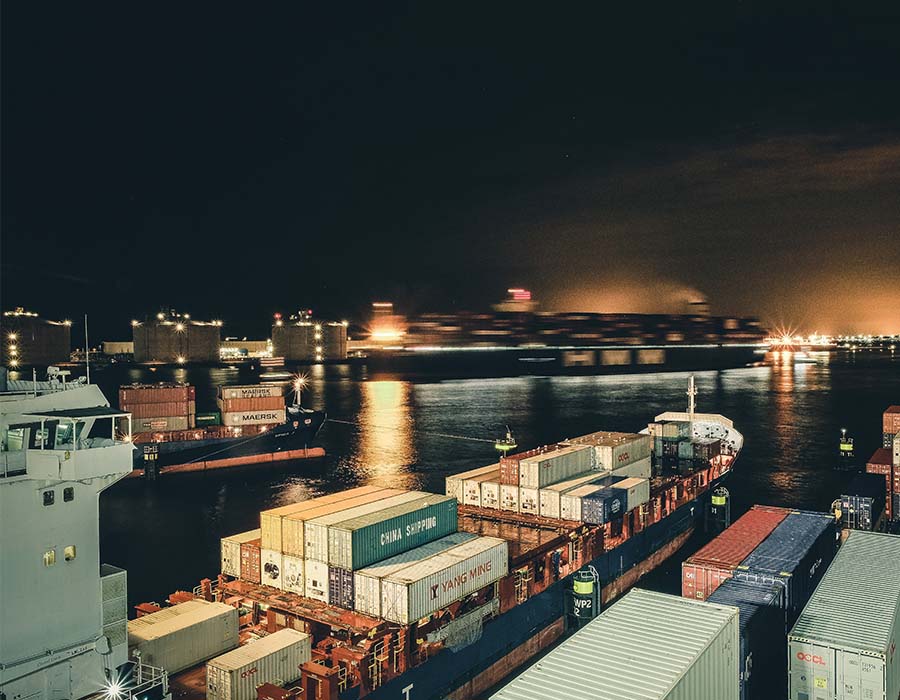 Anton Shamray, Senior Research Analyst at Integr8 Fuels, the bunker trading and brokerage arm of Navig8, on Thursday (20 August) published an analysis on the finer details regarding locational costs when purchasing marine fuel:

In the previous articles we looked into how bunker buyers unknowingly pay more for the fuel bought, either by buying fuel with a low energy content or by suffering losses due to density short-lifts. However, the total cost of fuel is also influenced by the additional charges and fees, which vary significantly by port and often between suppliers in the same port. Additional costs are generally known at the point of enquiry however these are sometimes overlooked when planning or buying bunkers, resulting in overpayments.

A sample of over 6,000 stems globally covering the first half of 2021 has been analysed of which over 30% were found to contain some sort of additional fee.

These fees typically include barging, port charges and dues, various taxes and surcharges, among others (Figure 1). On average, among the stems with additional fees the cost of the fuel itself contributes around 92% to the total stem value, however this varies dramatically by stem.

Knowing where additional costs can hit hard is critical to buying bunkers competitively, particularly when it comes to the barging fees as these on average represent over 5% being by far the largest contributor of all non-fuel related costs.

Depending on the port, barging fees are often charged on a tiered basis with the lumpsum charges for up to a certain quantity and a $/mt charge for the quantities above.

In a number of ports in Americas different suppliers charge different barging fees (example New York), which makes it even more difficult for a bunker buyer to calculate the true cost of bunkers and compare suppliers between themselves. The problem is compounded by additional fees and taxes that are often chargeable as a percentage of the total stem value.

Additional fees in the bunker industry ironically remind of the fee structure when ordering a takeaway delivery online.

To what otherwise looks like a cheap meal one needs to pay extra for a side, the platform then charges delivery and service fees, and because demand is high it gives an option to pay extra for prioritised delivery. In the end, what initially looked like a good value lunch becomes a relatively expensive meal overall.

Watch out for extra fees in North America, Med and Red Sea

Similarly, in the bunker industry additional fees can easily make what looks like a competitive price quoted by a supplier into a rather expensive quotation overall, particularly when quotes from different ports are compared.

While some ports have red circles, these can also be due to the addition of the non-barging fees. Port fees and agent costs can often be packaged with the fuel (example Lisbon) and almost as often be paid as part of voyage expenses (example Gibraltar). These costs, however, apply in any case and can hardly be avoided although running a fair comparison by either including (preferably for bunker only calls) or excluding them is nevertheless important.

Figure 3 shows an example of bunker planning between Houston and Panama. Please note this example may not always be representative and depends on the market conditions, however the main point is to show the importance of calculating the total bunkering cost, including barging and other fees and how these may influence the end result.

In the current market environment HSFO can often be found offered at competitive prices in Panama, often a few dollars below Houston, however assuming that both ports arepriced equally buying 1,000mt of HSFO turns to be more expensive in Panama, given the additional fee structure whereby the owner will overpay just under $3,000 for the stem. This calculation does not include any agency fees for Panama or out of port charges in Houston.

However, due to the structure of the fees, Panama will not always be the expensive port of the two. Figure 4 shows the sensitivity chart which illustrates that Panama is the cheaper port for quantities up to around 700mt and over 2,000mt.

While in this case the monetary difference may be relatively small, it can add up significantly over the course of a year or for a fleet of vessels.

The differences can also vary if bunkering is considered in ports with a different structure of additional fees or with no fees at all – this could be for a voyage whereby Suez is compared with Malta or a voyage where Piraeus is competing with Istanbul, among others.

Overall, additional costs including barging can significantly alter the economics of buying fuel from a supplier or a port and taking this into account, together with calorific value, density short-lifts and overall fuel quality should yield a good benefit for the bunker buyer.

Vessels chartered by Vale could be adapted to store bunker fuels such as liquefied natural gas (LNG), methanol and ammonia in the future with multi-fuel tank design.

Total number of scrubber-fitted ships reached 785 units of 6.95 million teu at end June and it since increased to 816 ships and 7.10 Mteu.