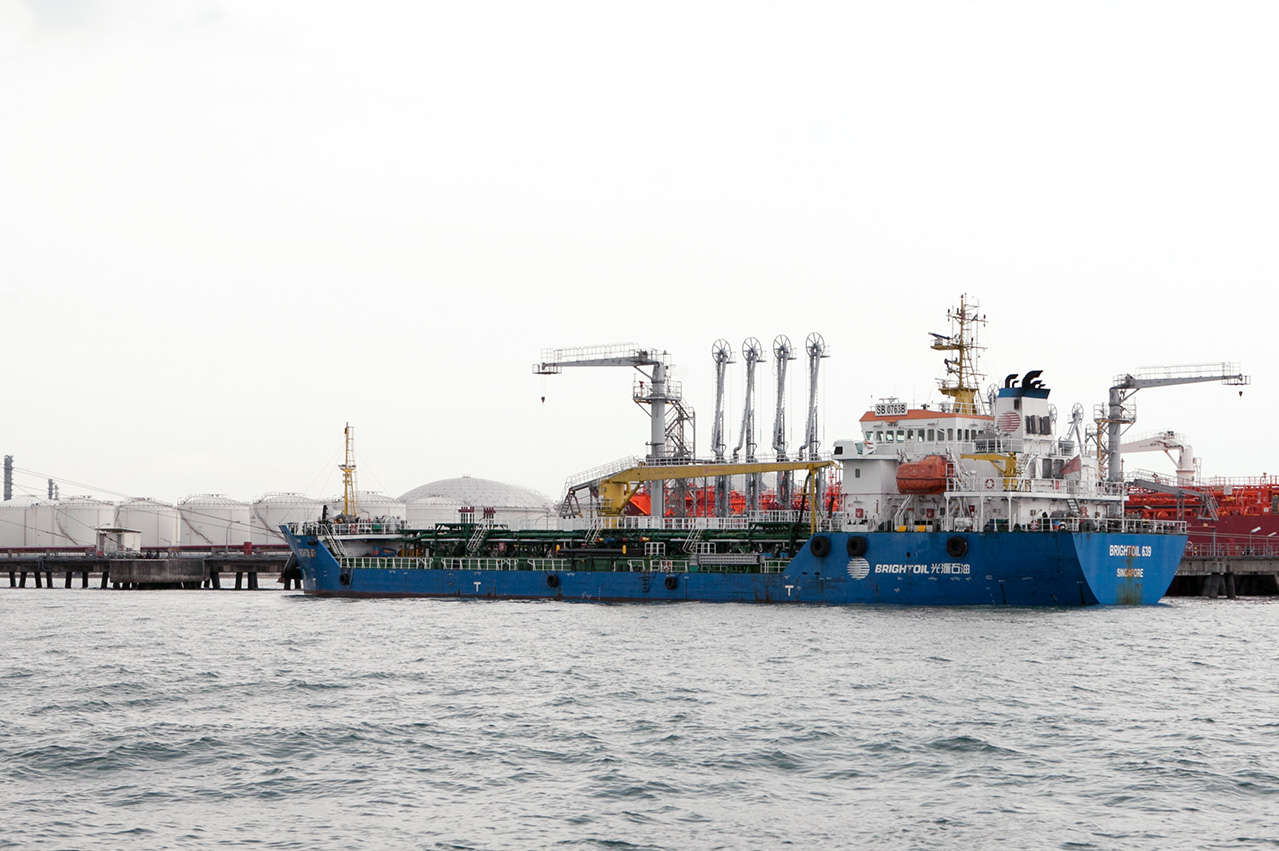 A review to the Singapore Standard for Quality Management for Bunker Supply Chain (QMBS), also known as SS524, could protect Singapore-based physical suppliers and barge operators from off-spec issues of marine fuel, suggests a local player.

SS524 looks into the management system for the entire bunker supply chain from management responsibility, product procurement, custody control, right up to the final delivery of bunker fuel to vessels in the port of Singapore.

It requires bunker suppliers to obtain a Certificate of Quality (COQ) of the purchased products and requires the bunker drip sample to be collected at the jetty loading arm when loading products into bunker tankers from oil terminals.

“However, the current practice taken by oil terminals and floating storages is to provide the COQ based on the storage tank composite sample. By doing so, the COQ may not necessarily correlate to the product that has been received by the bunker tanker,” the player told Manifold Times.

He also forecasts marine fuel off-spec issues to be rising coming 2020 due to oil blending issues and suggested that it is time for an update to SS524 to reflect the upcoming marine fuel industry trend.

A simple change to the location of the bunker sampling point, to the bunker tanker manifold, provides a clearer picture of fuel quality.

“For any loading of the cargo from the terminal or from the floating storage, in line with SS524, the supplier/terminal MUST accept the receiving bunker tanker manifold drip sample as final and binding,” he recommends.

“Any commercial stipulation of using only composite sample should be eradicated as this provides a loophole in the supply chain to give the ‘get out of jail’ card to the supplier at the terminal.”

Quality testing for all loaded samples taken from the receiving bunker tanker manifold should also be enforced to help arrest any potential off-spec fuel from leaving the bunker tanker, he proposes.

A review of the approval to allow for the loading of bunker material from floating storages should also be considered as this seems to provide another loophole for the off-spec cargo to enter into the Singapore bunker market.

“I think this is a timely opportunity for MPA to make some changes to improve the reliability and confidence in the Singapore bunkering sector.”

Physical suppliers of bunker fuel and barge operators at Singapore are currently facing a ‘unique predicament’ over recent off-spec fuel deliveries at the port.

The group, positioned at the ‘last mile’ of the oil product value chain, has a direct relationship of providing fuel to shipowner clients and is often the first line of contact when fuel disputes over quantity and quality arise.

Lately, the responsibility of being able to meet ISO 8217 quality standards of fuel delivered to customer's vessels has also seemed to fall solely on these physical suppliers and barge operators.

MPA in mid-June stated an intention to: “Take action against bunker suppliers found to be supplying fuel that does not conform to the ISO 8217 specifications as per the Accreditation Scheme for Bunker Suppliers.”

However, there is more than meets the eye when considering the entire bunkering framework of the Singapore industry, explains another source familiar with the matter.

“It is quite easy to point fingers at bunker suppliers over off-spec fuel as we are the end of the line service provider delivering marine fuel to customers but it isn’t very fair after considering the framework for operations at Singapore port,” he comments.

According to the source, bunker avails at Singapore are mostly imported by oil cargo traders/producers acquiring marine fuel from around the world which store the product at oil terminals.

The bunkers are produced by utilising oil blending techniques which incur the least amount of production cost and may result in off-spec cargo, as shown in recent incidents.

“So, to have our Singapore bunkering industry to be solely responsible for fuel quality delivered at Singapore is not very fair to say in the current market condition,” he says.

“In fact, the whole supply chain of refineries, terminals, and cargo players all have a role to play in maintaining quality, reliability and confidence.”

Another bunker supplier, meanwhile, insists the bunkering industry simply provides a service to transport marine fuel from oil terminals to receiving vessels and only introduces more risk to operations when tampering their own cargo.

“A barge operator has basically no way to cause any fuel to be off-spec,” he explains.

“A barge operator might add sea water to the fuel in order to increase the quantity but that would be quite stupid, very easy to catch, and more importantly it would not have an impact on flash point or aluminium + silicon.”