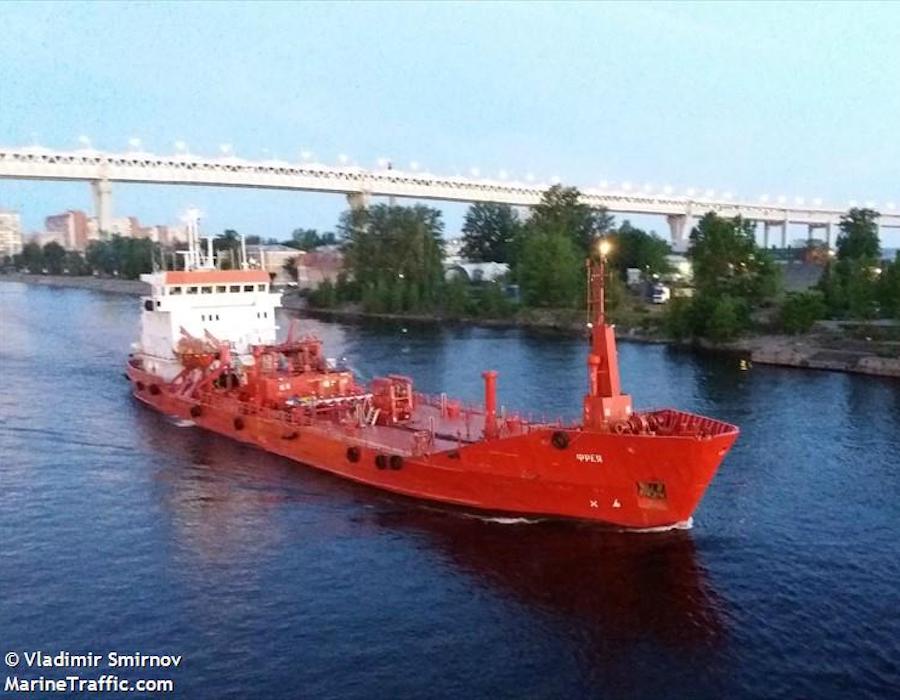 Iranian crude tanker and a Panamanian vessel that were suspected of carrying out illegal ship-to-ship (STS) oil transfers in Indonesian waters have been seized and escorted to Batam island for further investigations, reports Reuters.

MT Horse is owned by the National Iranian Tanker Company and MT Freya is reportedly managed by Shanghai Future Ship Management Co, and had a total of 61 crew members onboard.

Purportedly, some crew were allowed to remain on the vessels while others were detained by coast guards for questioning.

The Indonesian Maritime Security Agency said the two vessels were caught performing ship-to-ship transfers with cloths covering the names of the vessel, with the (automatic identification systems) AIS  turned off and the MT Freya had an oil spill.

Iran has reportedly been accused of utilising unconventional methods to sell its oil to evade U.S. sanctions like conducting oil shipments with state-owned vessels that turn off their AIS transmitters.

Ulrik will be based in the Copenhagen office and will be tasked with a substantial role in managing financial operations and activities.

The 10,500 m3 capacity dredger was delivered to Dutch contracting company Van Oord; it was the sixth dredger built by Keppel O&M with no loss-time incidents.

The Lims were appealing against an earlier order to return USD 19.02 million they had transferred from Ocean Tankers, a sister company of Hin Leong.

Keld R. Demant, CEO of Bunker Holding Group, tells Manifold Times how the firm managed a 16% improvement in EBT to $40 million despite a challenged bunker market.

‘We are driving up membership and this is a means to attract more of those suppliers who are looking for support and connections,’ says Executive Officer Anthony Mollet.