IFC: Update of boarding and attempted boarding incidents in the Singapore Strait 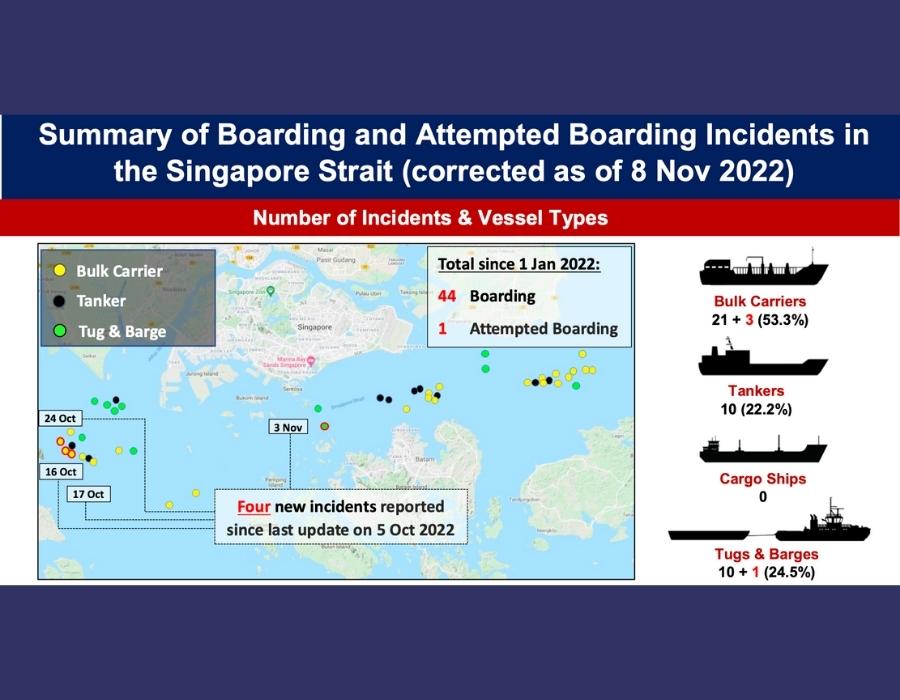 Information Fusion Centre (IFC), a regional Maritime Security centre hosted by the Republic of Singapore Navy, on Tuesday (8 November) released an infographic, which was shared to Manifold Times, on boarding and attempted boarding incidents in the Singapore Strait as of 8 November 2022:

Recommended Actions for All Transiting Vessels

Shipyards in China were reportedly offering discounts on new builds, giving an opportunity to shipowners to transition to be IMO 2030 compliant, it said.

Research has demonstrated that a diverse workforce in an inclusive organisation will enhance creativity, adaptability, and problem solving, says firm.

Group’s decision is based on Tumpuan Megah’s substantial contribution through its bunkering business to the company’s profits as well as projected earnings.

NYK and PIS will collaborate in businesses including those associated with crude oil, LNG transportation, floating storage and regasification units, and carbon capture and storage.