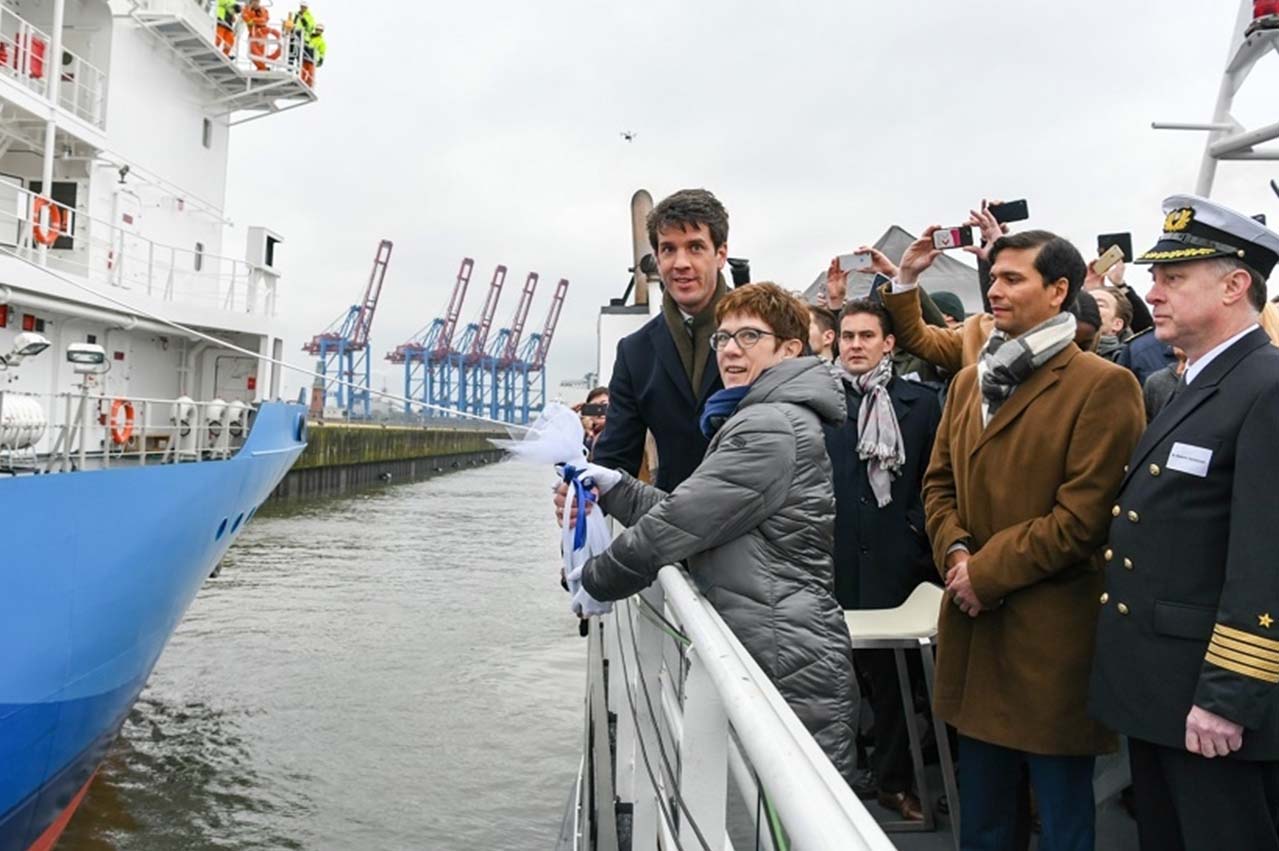 The ceremony took place at the Hamburg Cruise Center Steinwerder with more than 250 guests witnessing the christening of the vessel by her godmother Annegret Kramp-Karrenbauer, Federal Chairman of the Christian Democratic Union (CDU).

Owned by Babcock Schulte Energy (BSE), a joint venture between Babcock International Group and Bernhard Schulte Shipmanagement, the vessel has been developed using leading – edge, innovative technology that will provide environmental benefits and drive operational efficiency for its customers.

Nauticor, a leading provider of LNG for maritime customers, is chartering MV Kairos to serve marine customers in the North Sea & Baltic Sea, the Klaip?da LNG fuelling station in Lithuania and the Linde LNG terminal in Nynäshamn.

Present at the ceremony along with Dr. Heinrich Schulte, Chairman of the Schulte Group, and Johann Schulte, Managing Director and Chief Commercial Officer of Bernhard Schulte, Ian Beveridge, Schulte Group CEO, says “We are happy to have found with Nauticor/Linde a reputable long-term partner for this innovative, high-tech vessel. We expect a growing market share of LNG as a bunker fuel in the years to come and together with our joint venture partner Babcock feel well-positioned to further exploit the evolving opportunities of this market.”

The GSV development is co-financed by the European Union (EU) as part of the Blue Baltics-LNG infrastructure deployment in the Baltic Sea Region project.

To co-ordinate activities with other NGOs to ensure consistent industry message to wider world.