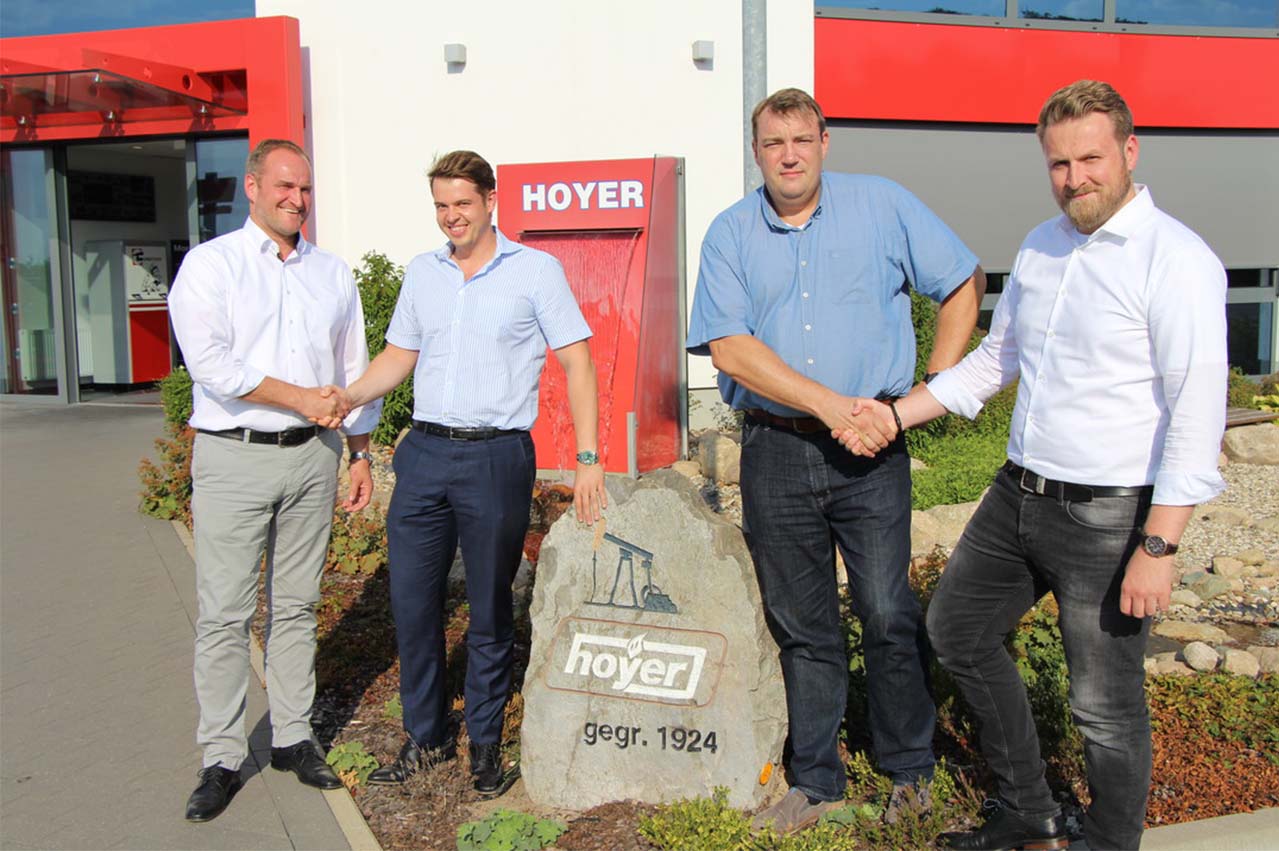 International logistics company Hoyer Group has chartered a marine gas oil (MGO) bunker barge which will start bunkering operations at the Port of Hamburg from 1 September, 2018.

It has formed a long-term cooperation agreement with Frommann Supply to conduct the operations.

“During the establishment of this business area in the Port of Hamburg and on the Lower Elbe to Cuxhaven and Brunsbüttel to Kiel, we are actively supported by the company Frommann Supply GmbH, which acts as an authorized sales agent on our behalf,” stated Thomas Hoyer, CEO of the Hoyer Group.

“We are looking forward to a trusting, long-term and great business relationship between the two companies,” said at the signing of the contract by Thomas Hoyer, Martin Borchers the Hoyer key account manager for marine fuel and bunker services and the Chief Executive of company Frommann Supply GmbH, Tim Heickmann and Daniel Gustke.

The Hoyer Group has been active in the bunker sector for approximately two years and supplies all German sea-ports and inland ports by tank trucks.

It offers bunkering services at more than 100 locations and has a truck/car pool of 1,000 vehicle units; it is currently the largest German bunker supplier in the field of truck supply.

However, bunkering deliveries by truck at Hamburg port is banned thereby requiring the company to find another means of conducting marine fuel refuelling operations.

“Based on legal and environmental regulations, delivery by tanker is largely prohibited in the Port of Hamburg,” it notes.

“Due to consistently growing customer demands in the sector of sea ship supply with high-quality fuels, the family business, based in Visselhövede, decided to charter and operate a bunker barge on long-term basis.”

By the end of 2018, it will modernise the 700 cubic metre (m3) capacity bunker barge Tauber Franken to a double-hull bunker ship in order to meet the current legal and environmental regulations.

The TMS Tauber Franken will be renamed TMS Lisa and operate at Hamburg port after the dry dock stay.

Sales of LNG marine fuel, on the other hand, witnessed a 78% jump on quarter, show port data.

The new entity will carry out operations formerly run by Rosneft Trading, including supplying Rosneft’s refineries in Germany, reports Reuters.