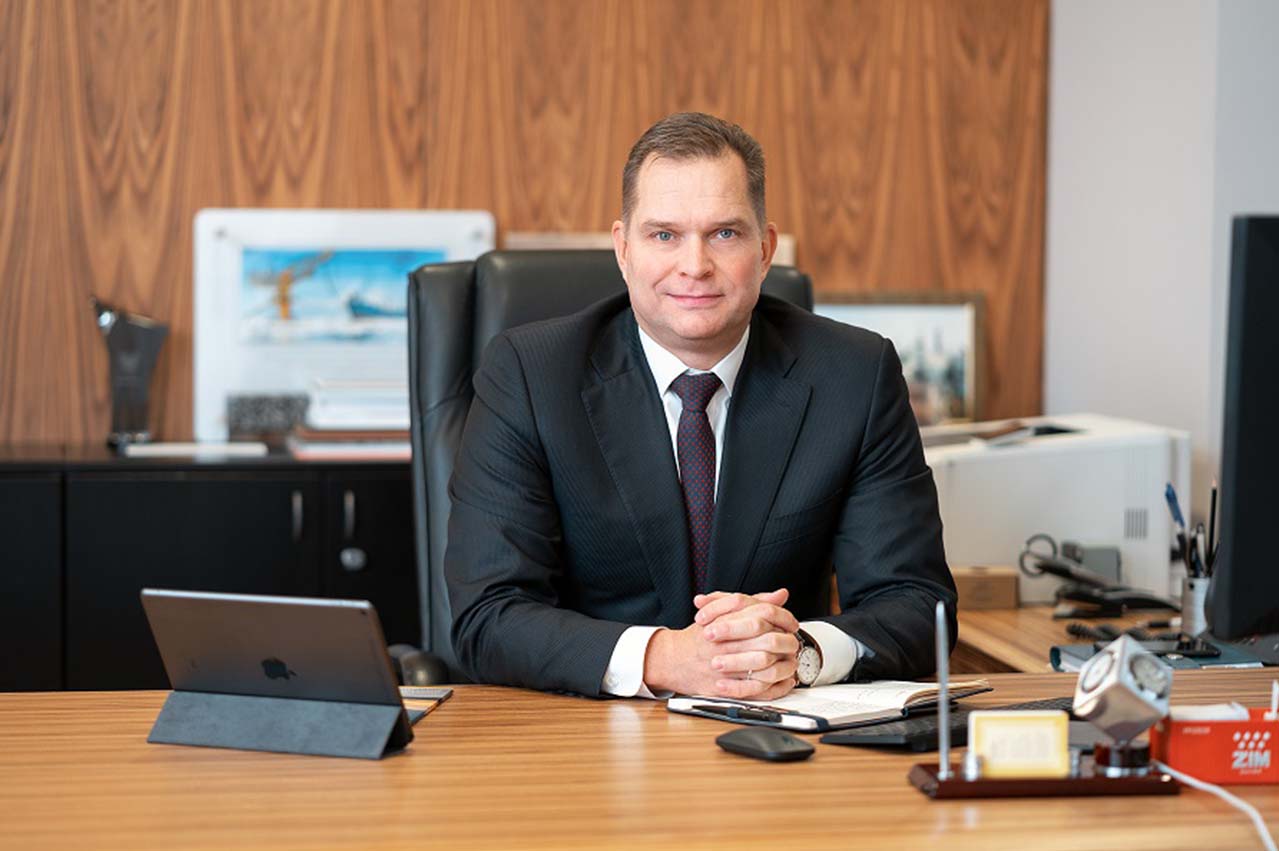 Since 2020, IMO requirements have come into force, which prohibit the use of sulfur fuel oil for refueling vessels. Where are you going to get it?

–  Alexei Medvedev:  What is important, IMO requirements do not regulate the type of fuel, but sulfur emissions. Shipowners have two options: use low sulfur fuel or install a scrubber on the vessel and use high sulfur fuel oil. Therefore, some of the high sulfur fuel oil will continue to be used by shipowners. The long-existing channel for exporting fuel oil to Western European countries, where there are oil refineries, which have large capacities of secondary processing processes tuned to Russian fuel oil, will also be preserved.

–  Mikhail Antonov:  At Gazprom Neft, investments were planned in advance for refining depth, which, among other things, allows us to increase the production of medium distillates, the basis for the production of new generation bunker fuel. In the future, we will almost completely abandon fuel oil. At the Omsk refinery, we will stop producing fuel oil by 2021–2022, when a new delayed coking unit will be introduced, at the Moscow refinery by 2024.

So you can replace all 2.5 million tons of your marine fuel?

–  Alexei Medvedev:  There is no need to immediately replace the entire volume. In the basket of fuel sales in the bunker market, there will be a redistribution between products. Yes, volumes of fuel oil with sulfur of 3.5% will be replaced to a greater extent by a product with sulfur of 0.5% and partially by distillates, but high sulfur fuel oil will continue to be used on ships with scrubbers.

–  Mikhail Antonov:  In 2020, we are ready to supply up to 1.6 million tons of marine fuel with sulfur of less than 0.5% to the Russian market, and further these volumes will only grow. This is not the first tightening of the MARPOL rules for sulfur in fuel, and each time they predicted an apocalypse, which, however, did not happen. Of course, this led to some price adjustment for sulfur fuel oil.

And how, in your opinion, will prices change? It was estimated that the cost of marine fuel will increase by 15–20%.

–  Alexei Medvedev:  If we focus on crack spreads, now they are growing for diesel fuel, but for fuel oil they are significantly decreasing, and by the end of 2020, the dynamics for both types of fuel are equalizing. Of course, the cost of fuel with sulfur of 0.5% will be higher than the cost of fuel oil with sulfur of 3.5%, but lower than the price of diesel fuel. What the difference will be in practice depends largely on which products will be offered to the market, how redistribution will occur in the bunker fuel basket, and whether a situation arises in which demand exceeds supply. Today we see that the global market is almost ready for changes, and we do not expect any inadequate price increases.

There are expectations that the bunkering market in the Russian Federation will sharply decrease, because there will not be enough fuel of the right quality, and its cost will increase.

–  Alexei Medvedev:  We, as well as the industry as a whole, are well prepared for new challenges and will provide the market with goods of the right quality. In addition to the option of direct production of fuel with sulfur of 0.5% at the refineries, we plan to use the option of blending it, this is a long-standing approach in the industry. Still, the production of a new product at the factory facilities will not completely cover the market demand, but this factor will be compensated by mixing the product at oil depots.

Is it fully compliant with the law?

–  Alexei Medvedev:  Yes, we, in accordance with Russian legislation, have received technical specifications and the corresponding licenses for mixing products at our tank farms.

Is there any risk in terms of paying excise taxes?

–  Alexei Medvedev:  Today we do not mix excisable products. And after the introduction of excise taxes from April 2020 on fuel oil, we do not see such a risk for ourselves – it is probably more relevant for traders.

–  Mikhail Antonov:  Regarding prices, it should be noted that with the tightening of IMO requirements, marine fuel is actually not fuel oil, but the middle distillate. That is, it is a fundamentally different product. And we believe that the price of this bunker fuel will be determined by the export netback, as it is now. From the point of view of the competitiveness of Russian bunker fuel in ports of other countries, the correction of prices for this product will occur in the same way as in our country, because the market is global.

You do not expect a reduction in the volume of your bunkering?

–  Alexei Medvedev:  We consider different scenarios, but if we talk about the volumes of Gazpromneft Marine Bunker, then having a high-quality product in production that fully meets the new requirements, we will strive to increase sales volumes based on market knowledge and customer needs making the most of your own infrastructure.

–  Mikhail Antonov:  I think that there will come a moment of truth and an increase in the gap between those who invested in deepening processing and those who have not invested and produce a lot of fuel oil in the face of falling prices for it. Those who developed premium distribution channels and infrastructure, and those who did not. The former will receive a competitive advantage in the form of an additional channel for the sale of medium distillates, while the latter will receive a deterioration in the financial performance of their oil refining.

Where, according to your expectations, those who produce it and will no longer be able to sell fuel oil as marine fuel will send fuel oil?

–  Alexei Medvedev:  Most experts agree that countries such as Saudi Arabia and Bangladesh will increase purchases of fuel oil for their energy industry, for desalination needs. Part of the volume will go to ships with scrubbers. According to expert estimates, at the beginning of 2020 scrubbers will be installed and also ordered for about 3.5 thousand vessels. There are expectations that by 2025 approximately 15% of the world fleet will be walking with scrubbers.

Some players are considering the strategy of purchasing fuel oil with sulfur of 3.5% (taking into account its low cost) and its storage (depending on the market structure) in the hope that in the future the price of this fuel will increase due to an increase in the number of vessels with scrubbers. If we take the entire fleet now, then about 17% of the vessels operate on medium distillates, 5-6% –  on fuel with sulfur 0.1%, 5-6% –  on fuel with sulfur 0.5%, and the rest are vessels fuel oil 3.5%. How this can change in 2020 is one of the options: about 30% of vessels will go on medium distillates, another 10-15%  will still go on sulfur fuel oil, and this proportion tends to increase due to the introduction of scrubbers, and  40 –45%  will go to fuel with a sulfur content of 0.5%.

Do you see competition from LNG?

–  Alexey Medvedev:  LNG bunkering is an emerging market. We carefully look at this direction and see the future for this market. We plan to develop it and, due to this, diversify bunkering. In 2021, we plan to start operating the first LNG bunker in the Russian market in the Baltic region.

Is the introduction of IMO profitable or disadvantageous for Gazprom Neft?

–  Mikhail Antonov:  From the point of view of the producer of medium distillates, we simply have a new channel for their sale as bunker fuel. Another thing, it is not known what price parity will be established specifically for this marine fuel with sulfur of 0.5%. But in any case, given that we are going to stop the production of fuel oil in the coming years due to the refinery modernization program and increase the refining depth to almost 100%, the introduction of IMO for Gazprom Neft will have either a positive effect or a neutral one.

Application was filed on 9 April at the High Court of Singapore and all creditors should file their proof of debt with the Liquidator who will be administering all affairs of the company.