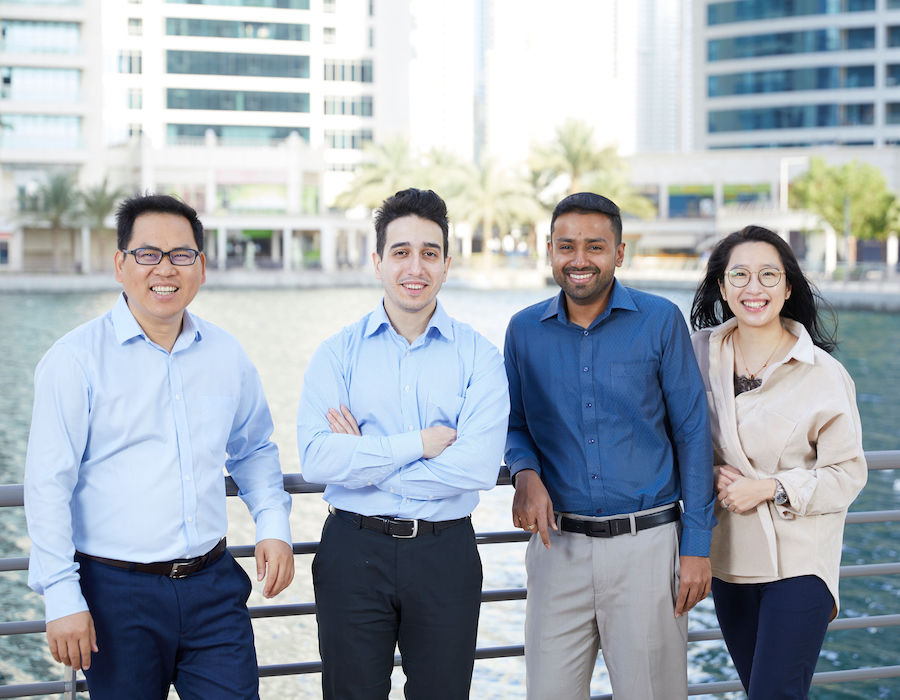 International bunker supplier Dan-Bunkering on Monday (27 January) announced the employment of four new Bunker Traders for the office in Dubai.

The latest hiring makes the Middle Eastern office, established in 2013, the largest office of the Dan-Bunkering group in terms of number of Traders.

The appointment yet again consists of people with different nationalities; something which is quite characteristic for the Dubai office but also for the organization in general, says the company.

“We are a very diverse office and have been so from the beginning, and I am very pleased and proud to manage and lead a team in an environment with such a variety of cultural backgrounds,” commented Dan-Bunkering Managing Director Kasper Fulton Stiedl.

Profiles of the Bunker Traders:

Shiwei Liao was born and raised in southern China and started his career within the Dan-Bunkering group in the Shanghai office in 2013. During an internal desk swop exercise a couple of years back, Shiwei found himself quite fund of the international environment Dubai had to offer, thus he recently relocated as part of the Group’s internal mobility program.

Elise Huang is a Danish national, born and raised by Chinese parents. Elise initially entered the industry via a bunker trading company in Europe and joined Dan-Bunkering in Dubai by the end of 2019.

Farid Babayev comes with an MSc in Oil & Gas Logistics from Molde University in Norway, but was in fact born and raised in Azerbaijan and has worked in different parts of the offshore industry since joining the business in 2011.

Jinu Jagan commenced his career in the bunker industry in 2011 after finishing his MBA and gaining experience in a gas oil supply company. Jinu is originally from India and was employed by Dan-Bunkering at the end of 2019.

Acquisition will enable firm to further strengthen its position in the Dutch and adjacent markets.

From 1 September 2021, an IMO 2020 service charge will be implemented even for ships with an exhaust gas cleaning system (scrubber) installed.

Shares fell by 10% at end of trading on Friday as firm says current fuel costs cannot be ‘fully offset’.