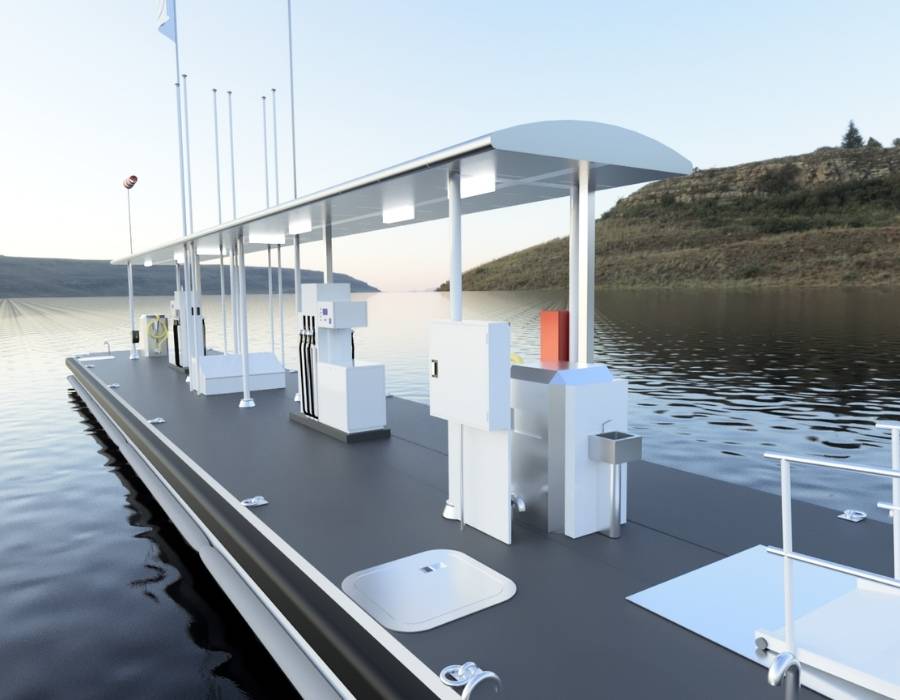 Fossil Free Marine on Wednesday (28 July) said the very first unmanned mobile marine station, developed by the company and built by Swede Ship Composite in Hunnebostrand, will be established in Lidingö, near Stockholm in Sweden and operational from the end of this month.

The station will be operated by Swedish fuel company OKQ8.

It bridges the distribution gap, from suppliers of sustainable fuels to boat owners wishing to reduce their environmental impact.

For the first time, boaters can now conveniently access modern drop-in renewable fuels that can be run in any diesel or gas engine, resulting in immediate and substantial reductions in CO2 emissions (up to 90% reduction of CO2e with e.g. HVO100).

Karl-Oskar Tjernström, co-founder and CEO of Fossil Free Marine said: “This is obviously a massive milestone for Fossil Free Marine, as we can now show both the fuel industry as well as the marine industry what we have been working on for many years.”

“But for us, it’s a stepping stone, as we plan to change the way fuels are distributed in the marine sector, and take part in making boating sustainable, on a global scale.”

“We’re happy to have found a partner like OKQ8, that shares our vision of what needs to be done to make pleasure boating sustainable. Our technology is truly groundbreaking, enabling distribution of renewable fuels in large volumes, even in the most sensitive marine environments like fresh water reservoirs.”

The first unit was delivered to site, in Islinge (Lidingö) on Thursday, 21 July, for installation and commencement of operations in the coming week.

At Islinge, the new unmanned marine station lies directly adjacent to OKQ8’s already existing marine station, enabling both pleasure boats and commercial traffic alike to make the needed shift to renewable fuels, with a solution that is both economically viable, safe and environmentally friendly.

The initiative is partly funded by grants from “Climate Leap” (KlimatKlivet). The grant from KlimatKlivet is for “incremental costs associated with supplying renewable fuels” and is part of a Swedish government scheme in support of local climate investments.

Intergr8 Fuels: Should the industry worry about decreasing VLSFO viscosity?

Taiwan first started implementing the sulphur cap in 2018 and even offered a subsidy to those who wish to switch to compliant fuel; SOx emissions have since reduced by 40%.