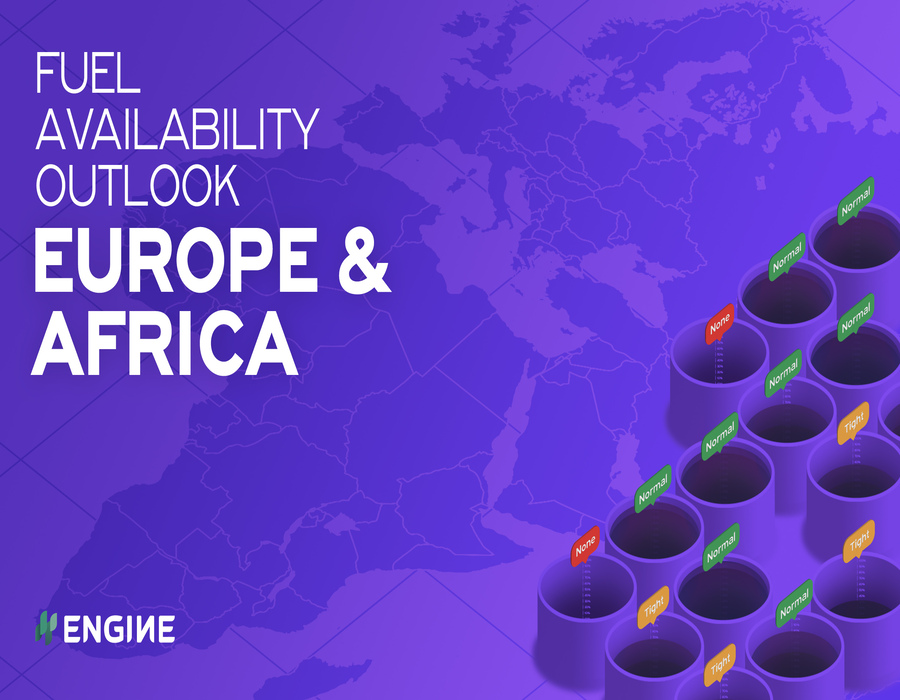 Supply of LSMGO is said to be normal in Rotterdam and in the wider ARA hub, while securing VLSFO and HSFO deliveries for prompt dates can be difficult there, sources say. Lead times of around five days are advised for VLSFO delivery in Rotterdam and around six days for HSFO.

The ARA’s independently held gasoil stocks have risen to one-year highs this month as importers in the region have pulled large cargo volumes from Russia ahead of the EU’s ban on imports of Russian refined products. The inventories have averaged 16% higher so far this month than in December, according to Insights Global data.

Russia remains the top source for gasoil imports in the ARA with 31% of the total, according to cargo tracker Vortexa.

The ARA’s independent fuel oil stocks have also averaged 7% higher so far this month than in December, but kept below their five-year average position for the year, Insights Global data shows.

Following the EU’s ban on imports of seaborne Russian crude oil from 5 December, the EU will also ban imports of refined Russian oil products from 5 February. Unlike the EU’s import ban on Russian crude, there will not be a 45-day wind-down period for petroleum products.

Some traders and suppliers ENGINE has spoken to only expect LSMGO and VLSFO supply to tighten in the ARA and wider northwest Europe region in the third quarter of this year.

That is partly because gasoil and diesel inventories have been adding weight in the ARA, and as peak seasonal diesel demand has yet to set in. If the upcoming summer driving season will be busy for European motorists, and if heavy, diesel-fuelled machinery is in full swing, diesel supplies will come under relentless pressure.

Moreover, the ARA is a transshipment and storage hub for oil going to other European ports and further away. If oil trade in and out of the hub drops, it will conceivably mean less control over supply to meet sudden and unexpected shifts in demand. It could also mean reduced resilience against supply shocks, such as multiple local refinery turnarounds at the same time.

In Germany’s Hamburg, supply of VLSFO and LSMGO is said to be normal, while HSFO delivery prospects remain subject to enquiry, a source says.

Availability of LSMGO is said to be normal in Gibraltar. But securing large volumes of VLSFO and HSFO for prompt dates can be slightly difficult there, sources say.

Lead times of 3-4 days are advised for LSMGO delivery in Gibraltar and around five days for VLSFO. HSFO may require a longer period of around six days, a source says.

Bunkering was suspended in Algeciras on Wednesday and remained limited in Las Palmas due to adverse weather conditions, according to port agent MH Bland.

Swells of up to 2 metres hit Algeciras on Wednesday, disrupting bunker deliveries there. Three suppliers in the port experienced 2-8 hours of delays, MH Bland says.

While bunkering is suspended in Algeciras, congestion has built in the adjacent Gibraltar. Five vessels were waiting to receive bunkers in Gibraltar on Wednesday.

Meanwhile, bunkering is progressing normally in other regional ports including Ceuta, Tenerife and Malta.

Slight congestion has been reported in Ceuta this week. Six vessels were due to arrive for bunkers in Ceuta on Wednesday, according to shipping agent Jose Salama & Co.

Bunker deliveries via ex-pipe at berth or by barge at Las Palmas’ inner anchorage are available, MH Bland says. However, the inner anchorage has a limited bunker capacity of only one vessel at a time.

Bunker fuel availability is said to be normal in Malta, sources say.

No congestion has been reported in Malta this week, according to Seatrans Shipping agency. An average of 12 vessels have arrived to bunker in Malta each day this week, up from 10 last week.

Prompt supply of VLSFO and LSMGO is said to be normal in the Greek port of Piraeus, a source says.

Bunker operations have been kept on standby in Algoa Bay since Tuesday due to rough weather conditions, according to Rennies Ships Agency. Swells of 3.8 metres hit the bay on Wednesday, disrupting bunker deliveries there.

Two vessels were waiting to bunker at anchorage on Wednesday, and 13 more are scheduled to arrive for bunkers in Algoa Bay and Port Elizabeth this week, Rennies says. Bad weather conditions are forecast to prevail this week, which could cause more delays and disruptions.

Bunker fuel availability is said to be normal in Algoa Bay, but deliveries remain subject to weather conditions this week, a source says. Supply of VLSFO and LSMGO is also normal in Durban, with recommended lead times of around seven days.

Bunkering is going ahead as normal in Mozambique’s Nacala and Maputo ports. A total of seven vessels are scheduled to arrive to bunker across the two ports this week, up from five last week. Availability of VLSFO and LSMGO is said to be normal in both locations.