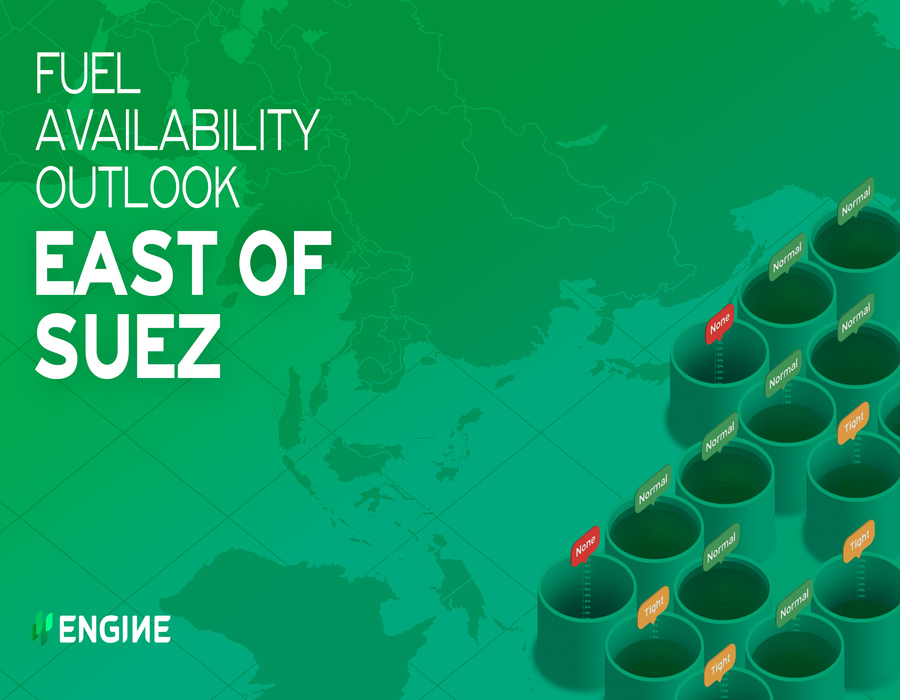 Bunkering activity has been muted in Singapore so far this week as most suppliers are not supplying during this week’s Chinese Lunar New Year holidays. However, the port has been witnessing some prompt demand for VLSFO, which has pushed the grade’s price up to wide premiums over Fujairah, Zhoushan and other ports.

Lead times across all grades have been pushed back due to the holidays, but some suppliers are offering the grades if buyers want to fix, a source says. Lead times for both VLSFO and HSFO stretch to around 13-14 days ahead. Lead times of 5-6 days are recommended for LSMGO.

Singapore’s residual fuel oil stocks have been roughly steady with December levels so far in January, despite a 26% surge in net fuel oil imports, according to Enterprise Singapore.

Fuel oil imports have increased 11% so far this month, while fuel oil exports have slumped 22%.

Singapore’s middle distillate stocks, meanwhile, have averaged 16% higher so far this month than in December.

Zhoushan’s OPL bunkering has been suspended since Sunday amid bad weather, but could resume tomorrow, when calmer weather is forecast, a source says.

Hong Kong’s bunker market witnessed flurry of activity last week spurred by the lead-up to the Chinese Lunar New Year holidays, and demand has been tepid this week, a source says. Most traders are not supplying any grades during the holidays, and the scenario is likely to normalise when the holidays are over after 27 January. Lead times of seven days are recommended for stems in Hong Kong.

Meanwhile, South Korean ports have been witnessing sluggish bunkering activity so far this week – also due to the Lunar New Year holidays. Bunker activity is likely to normalise from tomorrow. Most suppliers have pushed back their lead times to early February for all grades. But one supplier can offer the grades in late January, a source says.

Bunkering might be impacted by bad weather in South Korean ports of Ulsan, Onsan, Daesan, Taean and Yeosu until 25 January, sources say.

Bad weather may disrupt bunkering in the Thai ports of Koi Sichang and Leam Chabang until 26 January.

Meanwhile, the Vietnamese ports of Ho Chi Minh City and Hai Phong may witness bunkering disruptions due to bad weather until 26 January and 27 January, respectively.

VLSFO and LSMGO grades are readily available in the Indian port of Mumbai, with short lead times of 2-3 days advised.

Availability of VLSFO and LSMGO is good in Kandla on India’s northwest coast, as well as in Cochin and Chennai on the south coast, and in Visakhapatnam on the southwest coast. Prompt delivery dates are available across these ports.

However, the Indian ports of Kandla, Sikka, Mundra and Bedi are struggling with congestion and backlogs, which is only expected to ease by 4 February, a source says.

Bad weather is forecast in Kandla and Sikka in the later part of the week, which might disrupt bunker operations.

Availability of VLSFO remains tight in the Sri Lankan port of Colombo, while there is good prompt availability of both VLSFO and LSMGO in Trincomalee on the country’s northeast coast.

Demand remains good in Fujairah, while availability has tightened after weather-related loading delays, a source says. Lead times for all grades have been pushed back to the end of January in the UAE port.

Lumut port offers shipowners and operators an opportunity to ‘jump the queue’ for bunkers-only calls when compared to lifting fuel at other regional ports.

Sahara Group to be a supplier of IMO 2020 compliant products in UAE, African, Asian and European markets.

Local operation possible with support from MPA and the involvement of local partners, including V-Bunkers and Vopak Terminals Singapore at Penjuru.

Publication consists of background information as well as checklists and key notes for the entire process for shipowners, Masters and crew on how to prepare, amongst others.