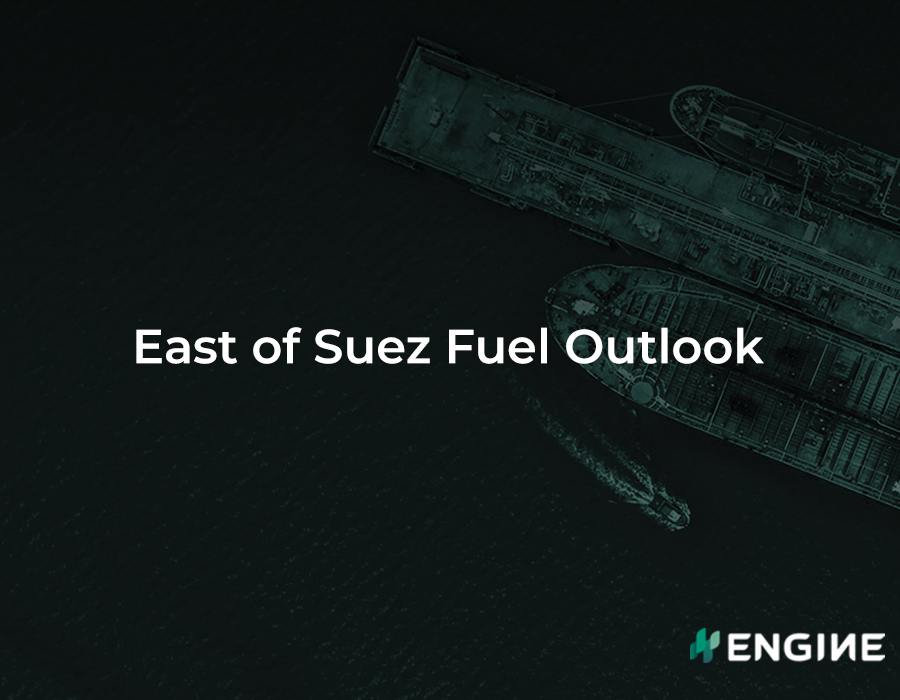 The following article regarding regional bunker fuel availability outlooks for East of Suez ports with special attention to availability in Singapore has been provided by online marine fuels procurement platform ENGINE for publication on Singapore bunkering publication Manifold Times:

Bunkering has resumed in Zhoushan and Shanghai post Typhoon Chanthu, HSFO380 supply has tightened in Fujairah, and lead times are steady on the week in Singapore.

Bunker operations resumed with calmer weather in Zhoushan last Friday, after five days of disruptions from Typhoon Chanthu. Local suppliers were facing lengthy delays late last week, but most of them have now cleared their backlogs.

Lead times for low sulphur fuel grades have dropped again to 2-3 days in Zhoushan, while HSFO380 supply remains tight with most suppliers.

HSFO380 has also tightened significantly in Fujairah this week, which has added upward price pressure. Fujairah’s high sulphur fuel price has jumped more than $20/mt on the week, while Singapore’s price has only gained by half as much over the same period.

Recommended lead times for HSFO380 are stretching to eight days in Fujairah, which is the same as in Singapore. VLSFO and LSMGO grades are more readily available in Fujairah, with up to four days required in the port.

Four suppliers can now offer HSFO380 in Fujairah, after new entrant, Montfort, launched bunker supply operations in the port at the start of September.

Singapore’s lead times remain unchanged on the week, with VLSFO and HSFO380 requiring up to eight days of lead time. LSMGO is more readily available in the bunkering hub at four days.

Singapore’s residual fuel oil stocks dropped by 2.85 million bbls in the week to 15 September, coming down from seven-week highs, according to the latest Enterprise Singapore data.

Japan’s low sulphur fuel oil (LSFO) inventories rose to a 14-week high of 4.85 million bbls on the week to 11 September, while HSFO stocks rose by 3% to 7.52 million bbls, data from the Petroleum Association of Japan showed last week.

MPA: Processing of bunker licenses may resume by H1 2018

1.5 billion dollar port is equipped with eight tanks, totalling a holding capacity of 51,000 cubic metres of bunkering services; Liberian oil tanker Melody the first to berth at port for bunkering.