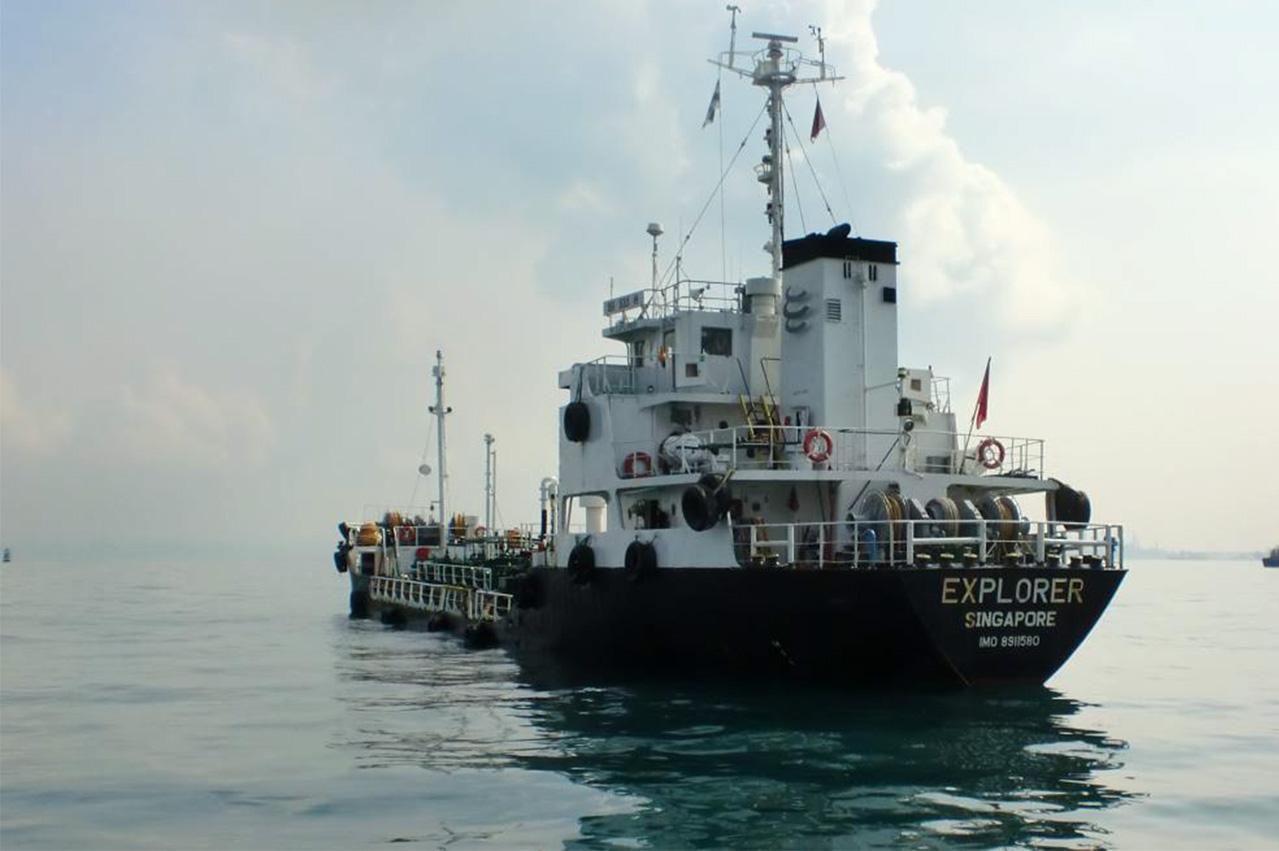 A bunker tanker owned and operated by Singapore-based Equatorial Marine Fuel Management Services (EMF) was involved in a collision with an Indonesian-registered vessel.

The incident between bunker tanker Explorer and the Samudra Indah took place at the East Jurong Channel at 10.25pm on Thursday, a Maritime and Port Authority of Singapore (MPA) spokesperson confirmed with Manifold Times.

“The Samudra Indah sank at the site but all nine crew on board were rescued by a passing vessel Sunlight Poseidon. The Explorer did not sustain any damage. No injuries or oil pollution were reported,” he said.

“MPA is investigating the incident. To ensure navigational safety, MPA has installed a buoy to mark the site and has initiated broadcasts to alert passing vessels.

“MPA is also working with the owner of Samudra Indah to facilitate the removal of the sunken craft. Vessel traffic in the area remains unaffected.”