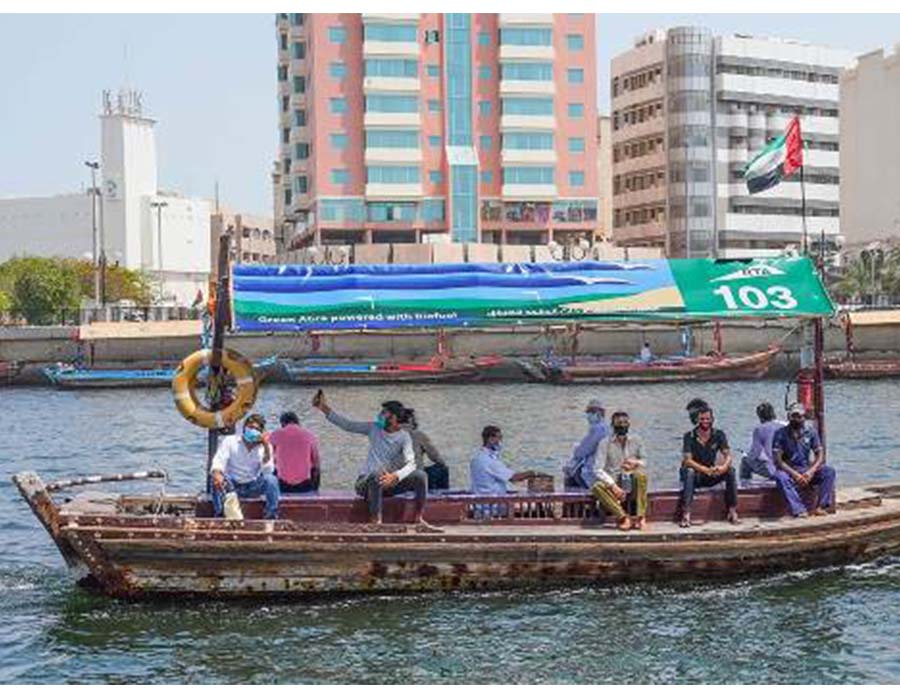 Dubai’s Roads and Transport Authority (RTA) has designated a station at Sabkha Marine Transport Station to supply biofuel (Biodiesel 5) to traditional Abras operating on Dubai Creek as of July this year.

This decision has been taken following the successful trial operation last year where five traditional Abras used to be powered by Biodiesel 5, which is officially certified in the UAE, in collaboration with Emirates National Oil Company (ENOC) Group.

“To encourage traditional Abra operators to use the biofuel for their Abras, we offered them a discounted price for biodiesel, compared with the price of regular diesel, in coordination with ENOC Group,” said Mohammed Abu Bakr Al Hashmi, Director of Marine Transport, Public Transport Agency, RTA.

RTA had implemented procedures required tp measured the results of using biofuel to power traditional Abras compared with the use of regular diesel, Hashmi said.

As a result, no negative effects were recorded on the engines as a result of using biofuels.

“The use of biofuel to power traditional Abras of the private sector operating on Dubai Creek is optional. However, with the discount on the price of biofuels, courtesy of ENOC Group, we expect Abra operators to opt for clean fuel. It is confirmed that RTA would not bear any expenses in this regard,” Al Hasmi further added.

Research indicates that the use of biodiesel reduces the number of unburned hydrocarbons, carbon monoxide emissions, fine particles, and sulphate gas as well as reduction of the PAH gas, a cancer antigen.

There are 148 traditional Abras operated by the private sector on two lines on Dubai Creek.

They ferry about 13 million riders annually (90% of the total number of marine transport riders in Dubai).

Agreement with Silverstream will see Drydocks World-Dubai become an approved installation provider of Silverstream’s technology on a wide variety of retrofit projects.

‘It is expected that the volatility of the European Union Allowance (EUA) traded in ETS may increase, as the revised legislation comes into effect’, it states.