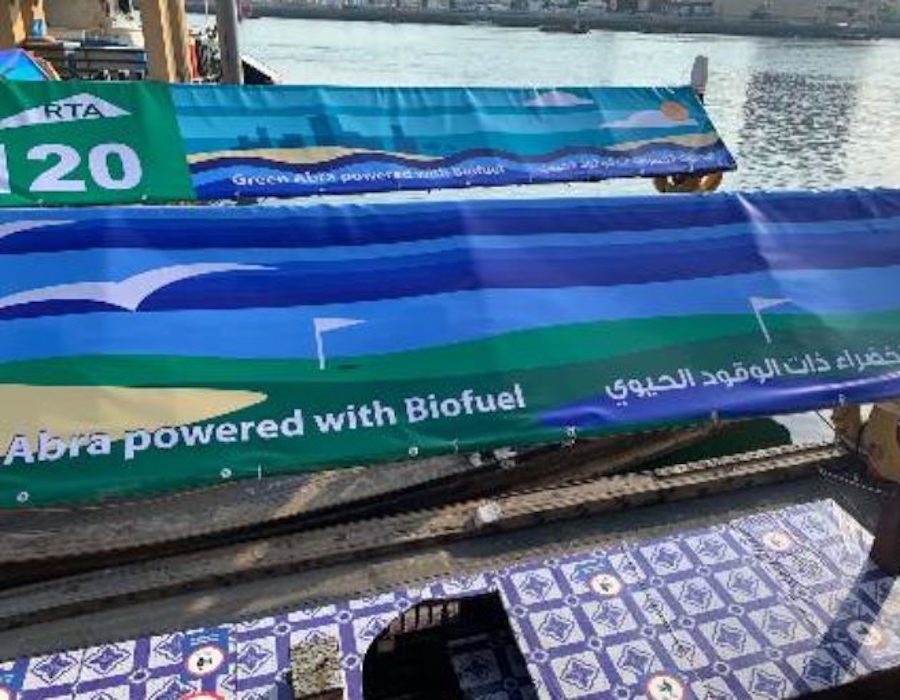 The Dubai Roads and Transport Authority (RTA) in late June said it has collaborated with the Emirates National Oil Company (ENOC) Group on a pilot project to power its traditional Abras vessels using their Biodiesel5 product.

An abra (Arabic: عبرة‎ abra) is a traditional boat made of wood used to ferry people across the Dubai Creek in Dubai, United Arab Emirates.

The initiative of using biodiesel to fuel the traditional Abras vessels was part of RTA’s endeavours to conserve the environment and safeguard the public health by curbing harmful emissions, it said.

“We have embarked on this project in collaboration with ENOC Group and drafted an agreement whereby ENOC would supply biodiesel to five traditional Abras run by private operators,” said Ahmed Hashim Bahrozyan, CEO of RTA’s Public Transport Agency.

“Abras would be refuelled at a specific point on the Dubai Creek where all safety precautions had been taken.

“We have agreed on a three-month pilot period, which would be followed by a result assessment and consider next steps.

“We had also agreed on a specific grade of biofuel, Biodiesel5, which is an advanced alternative fuel product approved in the UAE.

“It is manufactured from vegetable oils as well as residues of cooking and animal oils. Since it is extracted from renewable sources, it reduces carbon dioxide emissions in the city and promotes the provision of clean and sustainable services to the community.”

“At ENOC, we continue to build on our successful partnerships with various government entities; and our agreement with RTA is a testament to our commitment to offer our stakeholders alternative clean energy solutions that will curb carbon footprint,” said HE Saif Humaid Al Falasi, CEO of ENOC Group.

“Should the experiment prove successful, it would be generalized to the entire fleet of 148 Abras operating on Dubai Creek. Such a step reduces carbon emission on Dubai Creek by 125 tons of CO2 per annum that is equivalent to growing 2000 trees for 10 years,” explained Mohammed Abu Baksr Al Hashmi, Director of Marine Transport, at RTA’s Public Transport Agency.

There are 148 traditional Abras operated by the private sector in Dubai Creek on two lines that carry about 13 million riders per annum, making up 90% of the total marine transport ridership in Dubai.