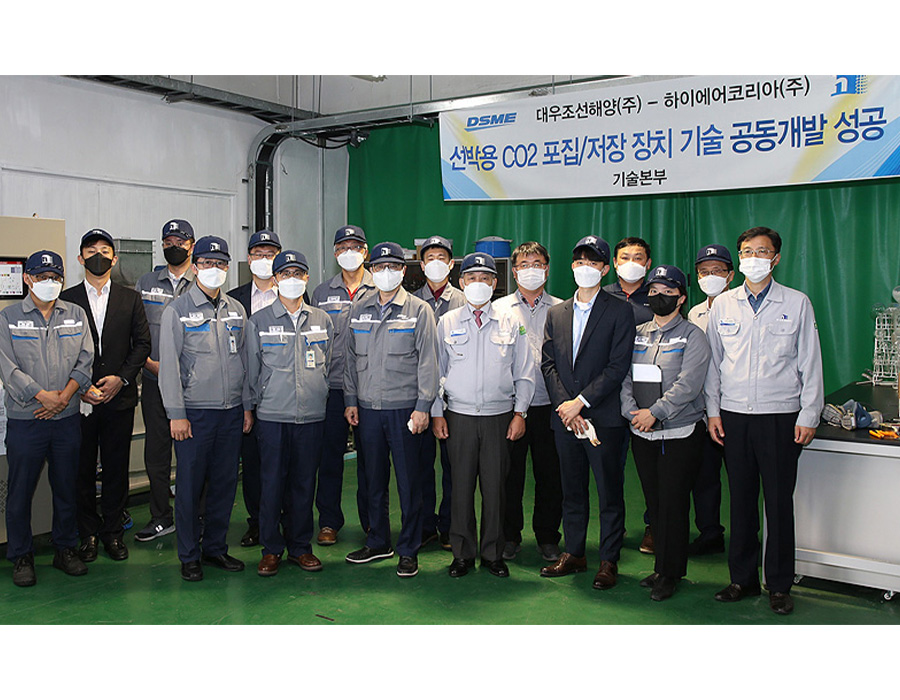 Daewoo Shipbuilding & Marine Engineering (DSME) on Thursday (16 September) said it has succeeded in the joint development of a carbon capture device with Hi Air Korea, a domestic equipment and equipment company.

DSME has already completed about 20 domestic and foreign patent applications related to the technology, which uses a wet capture process and mineral carbonation technology to collect and store carbon dioxide using ammonia water.

“Based on the successful technical verification of this carbon dioxide capture and storage technology, we will do our best to advance the commercialisation time,” stated DSME Vice President of Ship Design Lee Sang-cheol.

The company plans to concentrate its efforts on the development of eco-friendly new technologies, such as developing a liquid hydrogen storage tank in anticipation of the hydrogen era.

SHIPNEXT: Blockchain to solve the problem of unpaid bunker bills

User which receives Tokens for services within SHIPNEXT or storage on company’s account can also choose to collect or transfer it into fiat currency (or vice versa).

With technological and regulatory challenges associated with methanol as a bunker fuel largely resolved, it’s time for the industry to embrace methanol, says organiser.