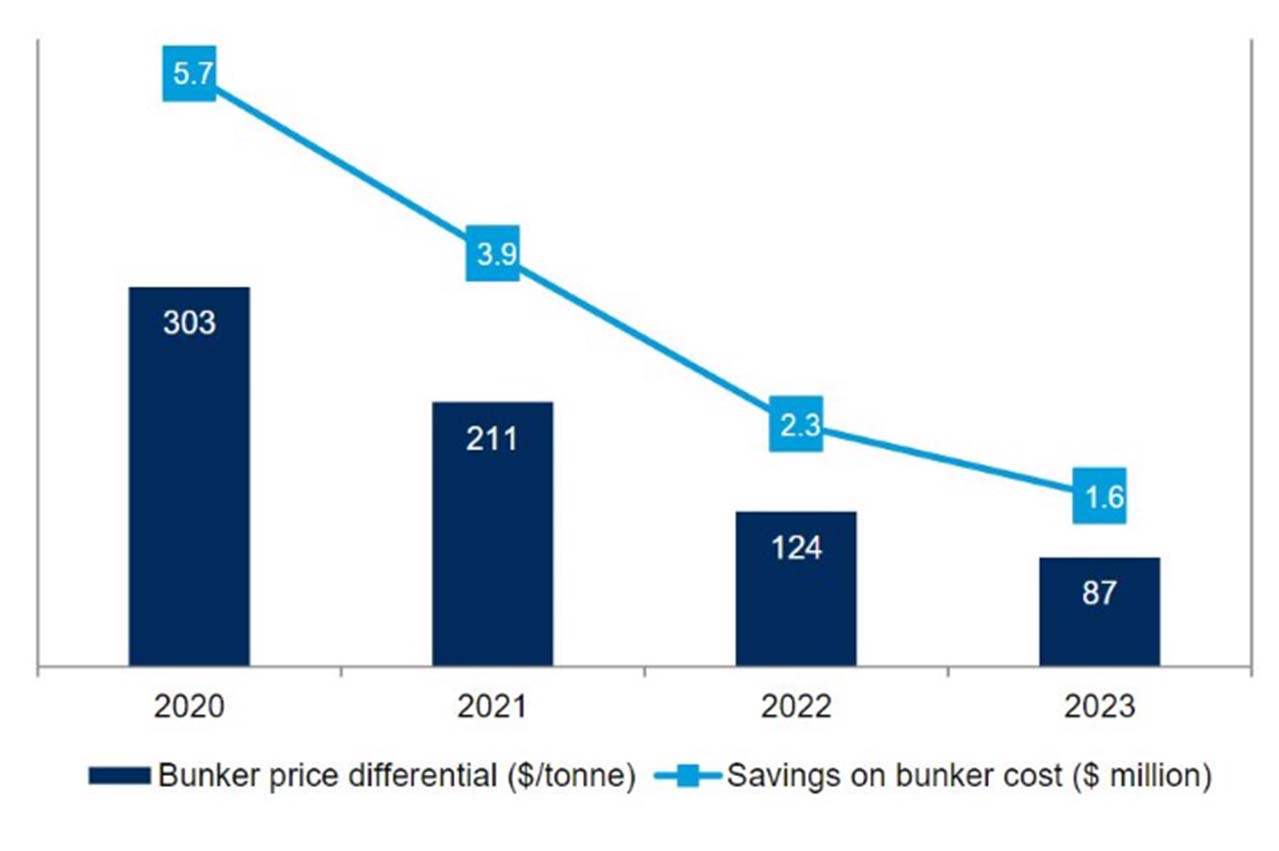 Drewry Maritime Research presents its perspective on the commercial and opportunity costs involved with having ships use scrubbers to meet the upcoming IMO 2020 legislation:

The uncertainty about what will happen to bunker prices after 2020 is creating something of a dilemma for tanker owners. We explore whether they should opt for scrubbers or not.

As shipowners are normally able to pass on the additional cost of bunkers to charterers the actual price of fuel is often not their main concern. The expectation is that the price of High Sulphur Fuel Oil (HSFO) will decline after the implementation of IMO regulations, as most existing demand will shift to Low Sulphur Fuel Oil (LSFO). At the same time, the tight availability of LSFO will ensure high premiums for LSFO and MGO. The dilemma for tanker owners is therefore about the price differential between LSFO and HSFO, as it will decide the attractiveness of fitting a scrubber to comply with forthcoming IMO regulations which limits the amount of sulphur in bunkers.

In addition to the premium of LSFO over HSO, the age of the ship will also be crucial factor, as younger vessels will have more time to recover the investment in a scrubber. Newbuild ships will also have an advantage, as they will not only have a longer trading life to recover the cost of the scrubber, but also the cost of fitting a scrubber to a newbuild will be less than an existing ship, as customisation is required to retrofit a scrubber in existing deck space.

Moreover, the premium for LSFO is expected to gradually decline from 2020 as supply increases. According to Drewry’s projections the premium will decline from around $300 per tonne in 2020 to $87 per tonne by 2023, and accordingly, the savings on bunker cost for a modern eco-VLCC will decrease from $5.7 million to $1.6 million. This suggests that owners opting for scrubber-fitted vessels in 2020 would recover their cost in the first year alone. However, for those who choose to retrofit a scrubber (or take the delivery of a scrubber-fitted vessel) later, the payback period will be longer.

Our view
Although fitting a scrubber looks commercially attractive based on these calculations, there are still some question marks around their availability. Moreover, the availability of HSFO for scrubber-fitted vessels, particularly at small ports, could be restricted if the overall fleet of scrubber-fitted ships remains small, as there will be a cost associated with maintaining inventory of a fuel that is less popular.

‘Singapore is in a very good position to play a key role in the decarbonisation of the global maritime industry,’ believes Cristina Saenz de Santa Maria of DNV.

Singfar International has identified “MT HANTEK 3” which SeaTech Solutions will evaluate and identify gaps to propose the necessary modifications and engineering work required for the vessel to bunker methanol.