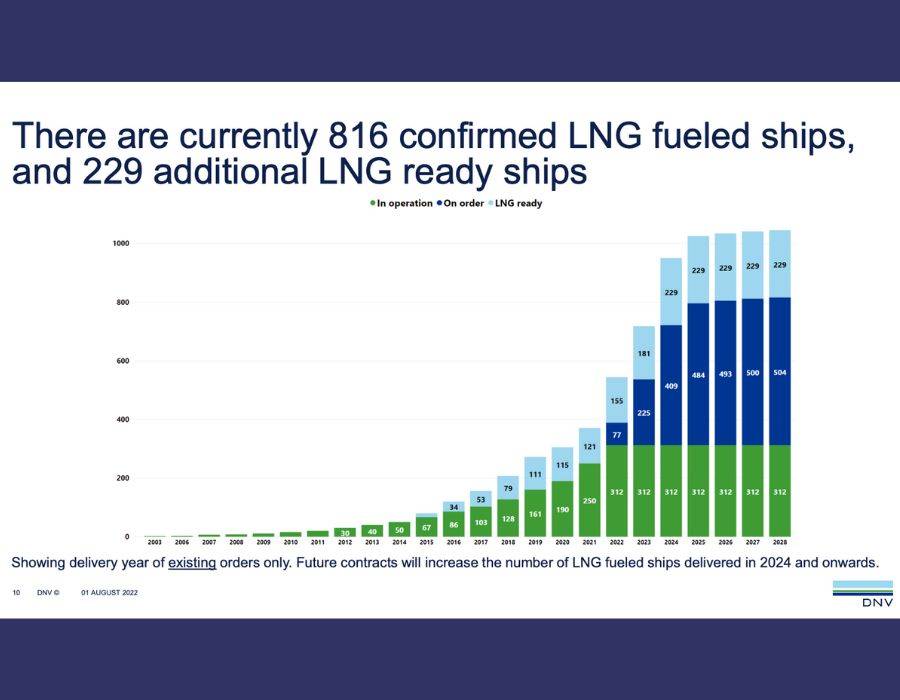 This brings the total order figure to 162 for the year to date. So far this year the growth in LNG-fueled vessels has been driven by containers and car carriers, constituting 51 % and 25 % of the orders respectively.

Commenting on the figures, Martin Wold, Principal Consultant in DNV’s Maritime Advisory business, said: “Although the growth in orders has slowed down somewhat in line with the general newbuild ordering activity, there are several large orders in the pipeline.”

“It is also encouraging to see some innovative pilot projects hitting the order books, including cruise ships run on liquid hydrogen powered fuel cells. These types of projects are key to driving technology maturity and establishing safety frameworks, and to accelerating the decarbonization of shipping.” 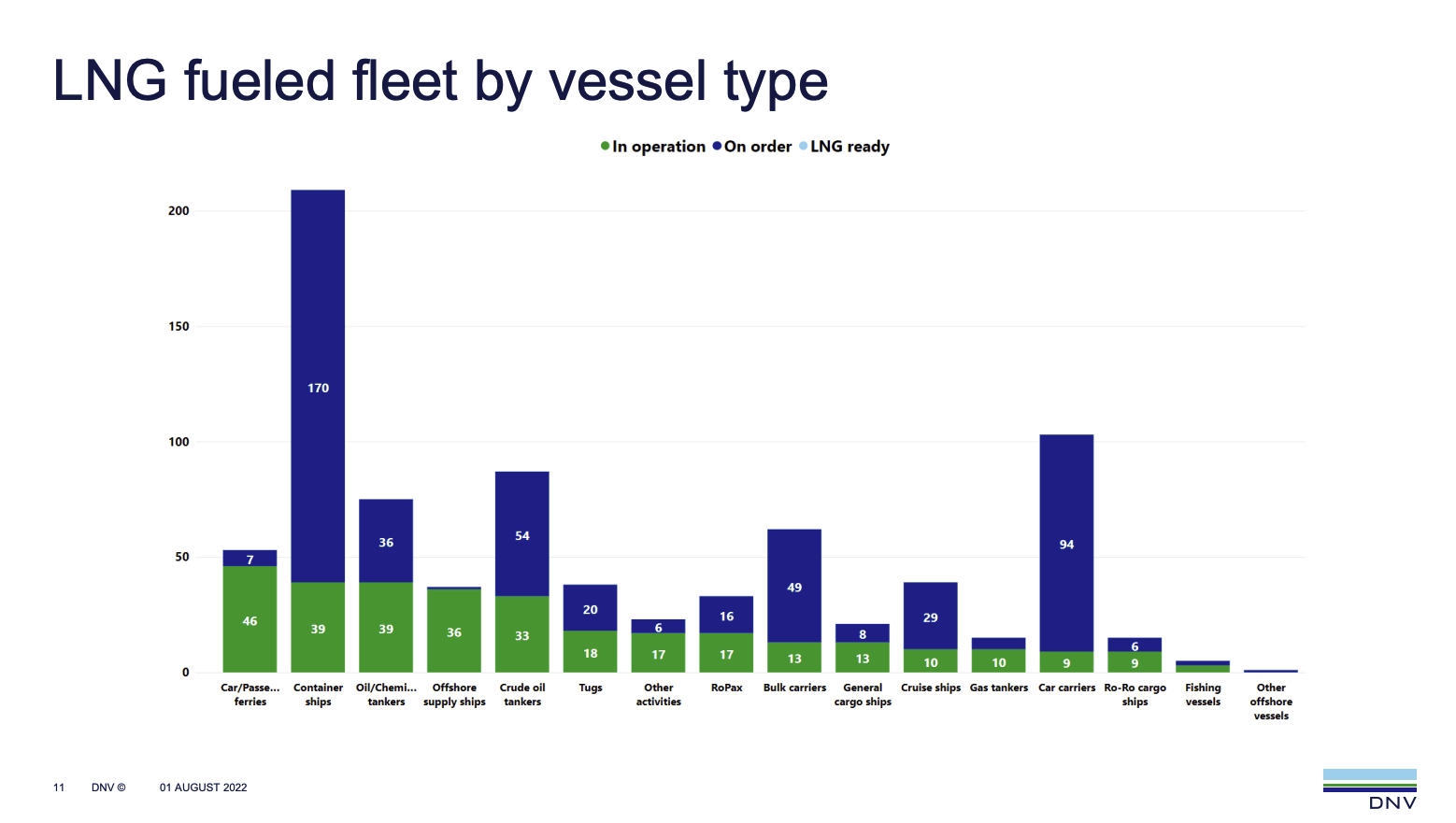 Manifold Times previously reported DNV saying growth in LNG-fuelled ship orders slowed significantly in June but says it is likely to be a “bottleneck rather than a trend”.

“Hai Yang Shi You 301” will become the world's largest LNG bunkering vessel which can provide flexible bunkering services for offshore and inland LNG vessels after retrofits.

Firm undertakes collaboration with OCBC Bank under which the bank can provide input on the ADP platform and participate in user test trials alongside other industry players.

WasteFuel, a developer of low-carbon biofuels, in January launched WasteFuel Marine, a renewable fuel solution for the shipping sector.