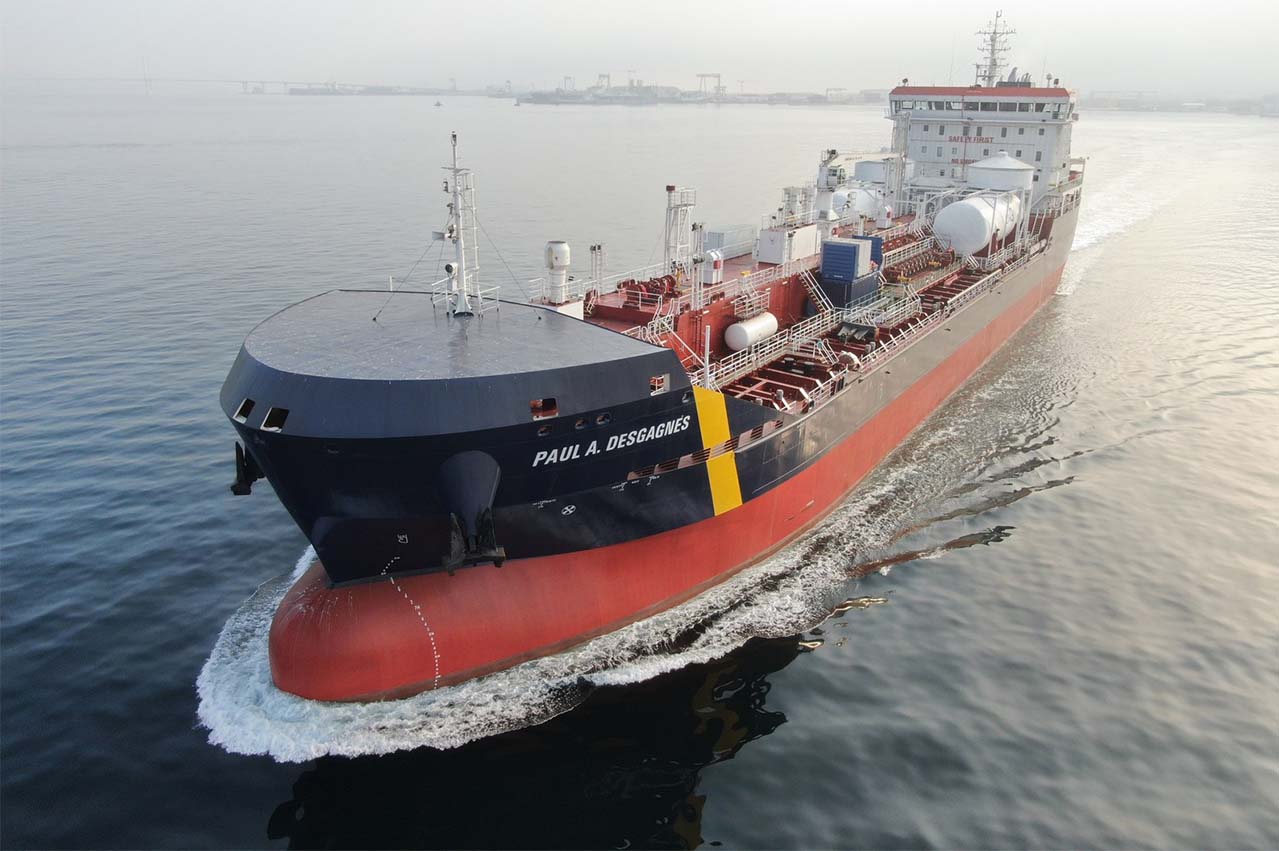 The most notable characteristic of the Paul A. Desgagnés is that she can be powered by any of three types of fuel, namely heavy fuel oil, marine diesel oil or LNG.

The vessel, third in a series of four product carriers, is custom-built according to an original concept developed by Desgagnés and ordered at the Besiktas shipyard located in Yalova near Istanbul, Turkey.

“The addition of the Paul A. Desgagnés to the Desgagnés fleet — as for the addition of the Damia Desgagnés and the Mia Desgagnés — is the result of multiple innovations and tremendous work; as her predecessors, she is the source of great pride,” said Mr. Louis-Marie Beaulieu, Chairman of the Board and Chief Executive Officer of Desgagnés.

The Paul A. Desgagnés is double-hulled and holds a Polar 7 ice class confirming her capacity to navigate in ice-laden waters. With a deadweight of 15,000 tons at 7.8 meters draft, her cargo tanks can hold up to 17,505 m3 at 98% capacity.

She is equipped with a Wärtsila 5RT-flex 50DF engine developing 5,450 kW power. To ensure outstanding manoeuvrability and to optimize safety, she is equipped with a variable pitch propeller, a 750kW bow thruster, a 550kW stern thruster and a dynamic positioning system.

The Paul A. Desgagnés represents an investment exceeding $50 million, of which almost $9 million are solely dedicated to the dual-fuel/LNG motorisation.

It is built under a program related to the improvement of transportation efficiency and the reduction of greenhouse gas emissions (PETMAF) which sees the Québec Transport Ministry pay $1,000 per ton of reduced or avoided GHG emissions – up to a maximum of $3 million.

Despite many difficulties caused by the COVID-19 pandemic, the company managed to gain customer confidence and cinch two deals worth RMB 160 million, it said.

The pair will commission the LNG bunkering pontoon FlexFueler 002 by mid-2020 to provide fuel to vessels.

CSSC will build 25 2,000 dwt and 25 3,000 dwt bulk carriers; event marks the official start of gasification of the Pearl River in Guangdong.