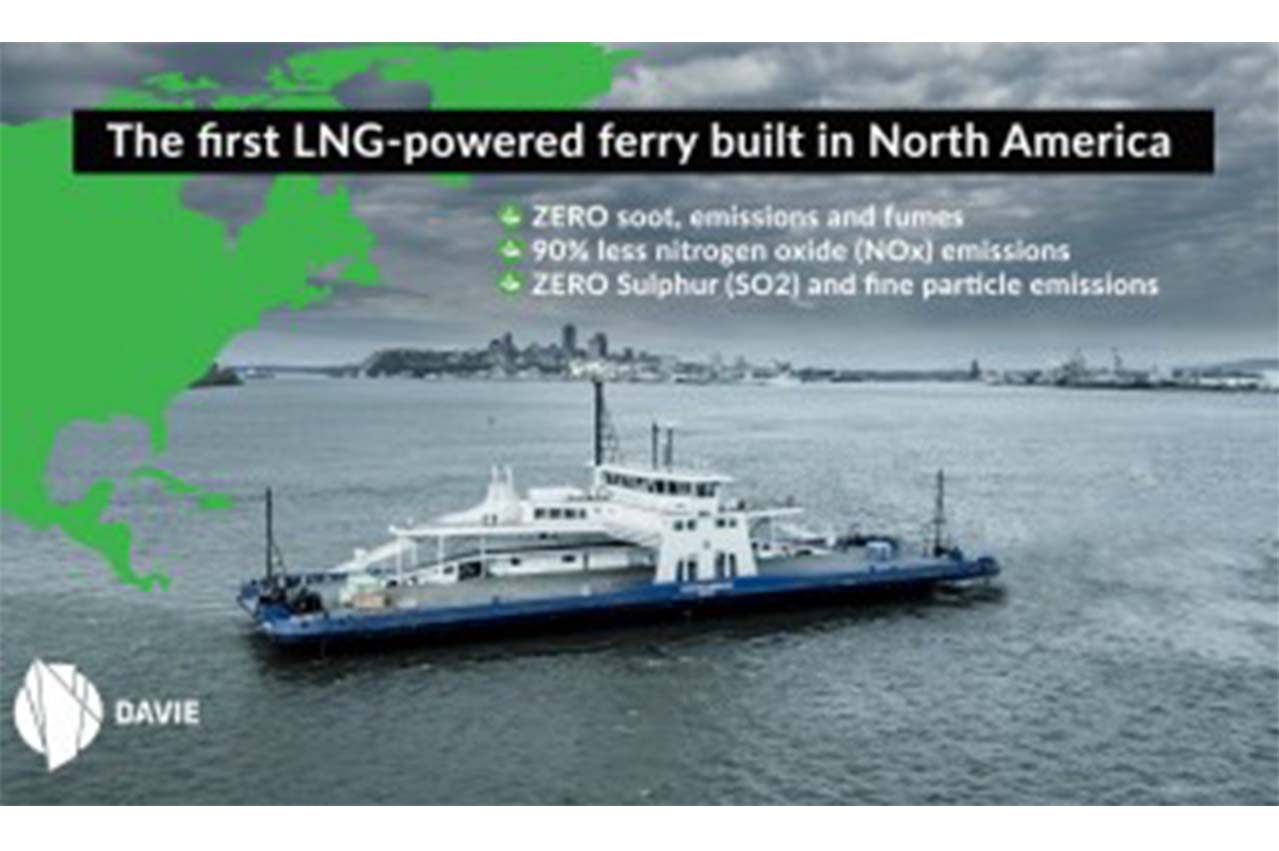 “It would have been easy to build a normal, diesel-powered ferry but instead Québec decided to pave the way in setting a new environmental standard for the entire continent,” commented James Davies, President of Davie.

“We inherited this project when we acquired the shipyard in 2012. With the project already at a mature concept stage when we arrived, we received a specification from the client of more than four hundred pages long and we immediately set to work on solving the puzzle that had been created.”

Davie suggested that European models of similarly powered ferries are not as reliable as the Canadian company’s latest ferry.

“While a handful of these new LNG-powered ferries have been built in Europe, they have often been fraught with problems after they entered service,” he notes.

“We are very proud to have delivered the highest quality product which has now passed all testing with flying colours and we have done it at an internationally competitive price.”

Alex Vicefield, CEO of maritime technology investment firm Inocea, suggested the company may explore the construction of fully electric ferries which use ‘wireless’ or induction charging and battery technology for a future project with Davie.

“For ferries, we also want to explore the potential for installing fully electrical propulsion systems,” he says.

“In Québec, where we have a surplus of hydroelectric power and with recent advances in ‘wireless’ or induction charging and battery technology, this would make a lot of sense.

“Being the first mover in any new technology is never going to be cheap, but the potential that these new environmentally-friendly technologies have is enormous. This is what will power the future and we intend for Davie to remain at the forefront of it.”

“From the outside, this ship looks like any other ferry but from the inside, it is of a similar level of complexity to a space shuttle. It is a densely packed, highly integrated and complex product,” he says.

“This ferry has more systems and automation onboard than an offshore drilling platform or a modern warship. It is truly a technological marvel – the cryogenic processes involved in managing this highly volatile fuel, while also creating a vessel which is safe to carry passengers, has been a huge challenge.

“Integrating all of these systems into such a confined space was even more challenging and one we are very proud to have overcome.”