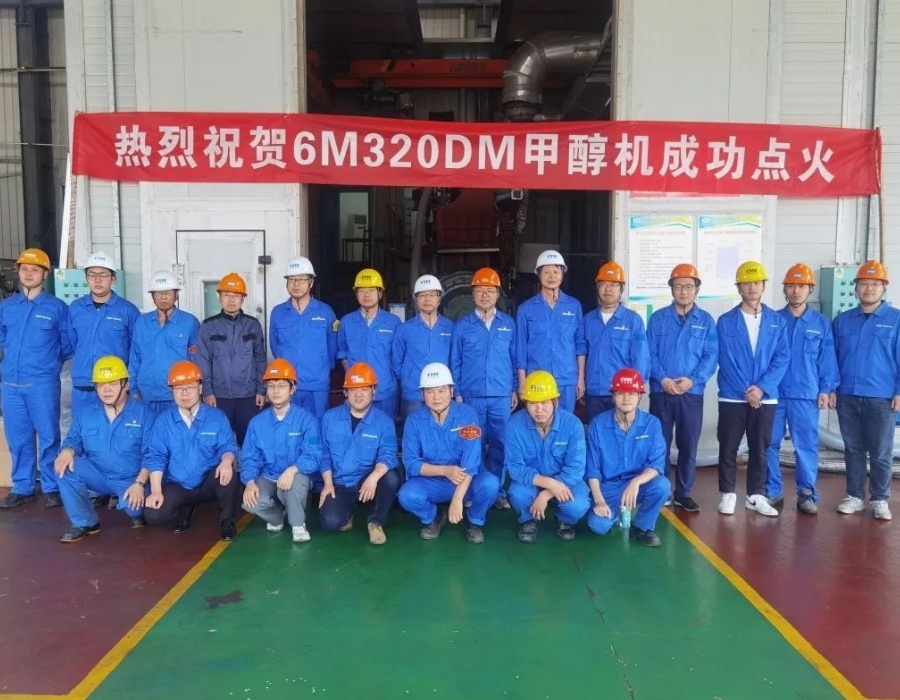 The engine has a cylinder diameter of 320mm, a stroke of 420mm, a single-cylinder power of 500kW and a rotational speed of 750rpm. It can be adapted to a variety of ship types, including deck carriers, bulk carriers under 20,000 gross tonnage, chemical tankers and product oil tankers and offshore engineering ships.

According to different market demands, the engine will have various versions such as port injection and in-cylinder direct injection.

CSSC said it will continue to develop and launch new fuel engines and fuel supply systems such as methanol and ammonia to achieve China’s “dual carbon” goal.

It hopes to contribute to the low-carbon and zero-carbon transformation and development of China’s marine engines.

Publishes open letter calling on European Commission to use the FuelEU Maritime initiative to stimulate the deployment of green hydrogen and ammonia for shipping.

First and final dividend of all admitted claims of the firm is scheduled to be released from 16 December onwards, according to Government Gazette notice.