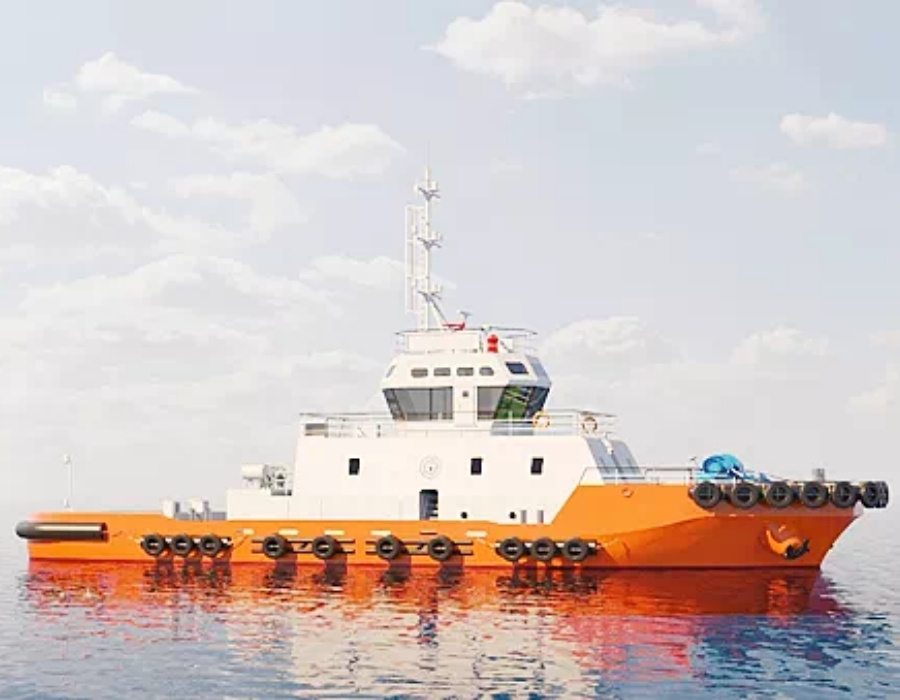 This was following the success of the first domestic pure electric tugboat Yungang Electric Tug No. 1, which was delivered to Lianyungang Port Group Co., Ltd. on 16 August, 2021.

The tugboat will be a type 1 port-operated tugboat driven by pure battery power and its 5400 horsepower will make it the most powerful electric tugboat in China, with zero emission, low noise and low energy consumption.

The vessel will have a total length of 39 metres, a width of 10.5 metres, a design draft of 3.7 metres, a speed of 13 knots, and a bollard drag force (forward towing) of more than 65 metric tonnes.

It can achieve a full charge in two hours at the dock, and the capacity of the power battery will last one full day of operation, exceeding the performance of Yungang Electric Tug No. 1 .

After the ship is delivered, it will mainly be used to assist large ships to dock and depart in the waters of Lianyungang while being able to perform operations such as jacking, towing and reverse towing.

The power propulsion system including a lithium battery system and DC power distribution system will be developed by the 712th Research Institute of CSSC.

NewOcean Energy delays release of 2020 financial results; to be published by end June

2020 financial results have been delayed due to the COVID-19 pandemic and change of its auditors, amongst other reasons, it informs on a HKSE statement.