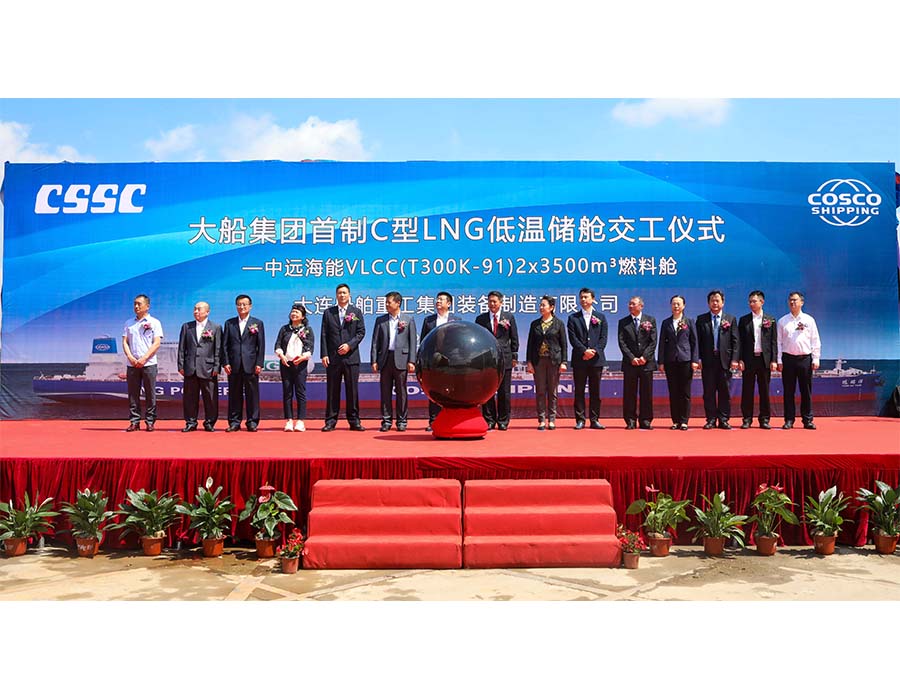 The LNG bunker fuel storage tanks are made of 9Ni steel, which can operate safely under the combined action of -163℃ ultra-low temperature environment, on-deck waves and ship motion loads.

The vessel is able to travel from China to the Middle East and back when fully loaded with LNG marine fuel.

The storage tanks can effectively resist the corrosion of the harsh maritime environment; its loading limit is 98%, the design temperature is -164℃, the pressure is 0.45Mpa, and the evaporation rate is ≤0.3 % .