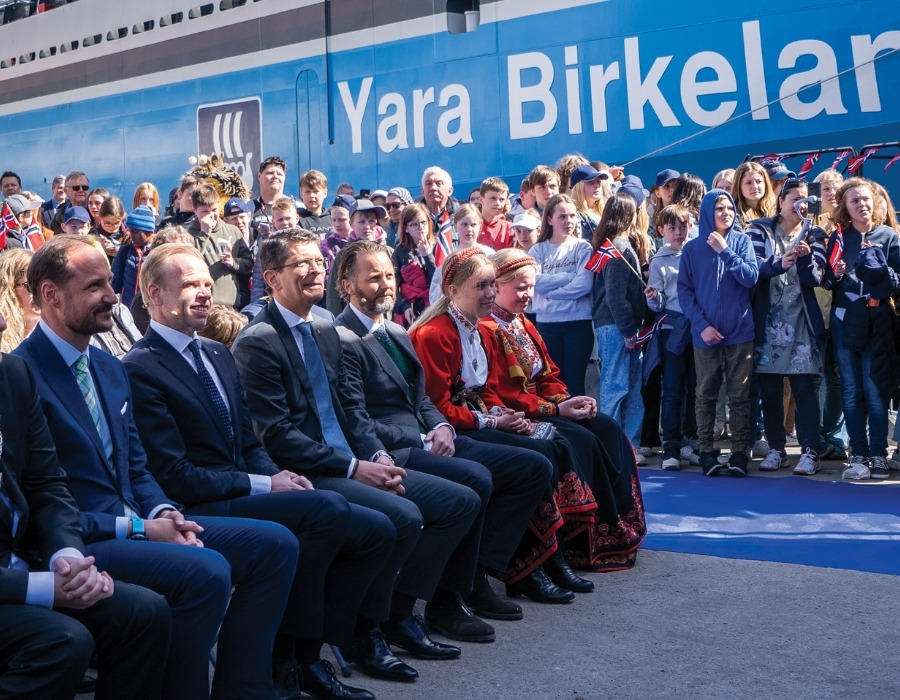 As a new twist to the maritime tradition, the emission-free ship was christened by not only one, but two godmothers.

To represent the future, young Pernille Gundersrud, 12, and Malene Moen Straume, 12, took on this honourable role. The christening took place close to the Yara Porsgrunn plant.

“We are young. We represent the future, as Yara Birkeland does. We are incredibly proud and thankful to be asked to be godmothers for the world’s first fully electric and autonomous container vessel with zero emissions,” says Straume.

The ship will transport fertiliser across the fjord from Yara’s Porsgrunn plant to Brevik port and thereby eliminate the carbon emissions of 40,000 diesel truck loads per year. 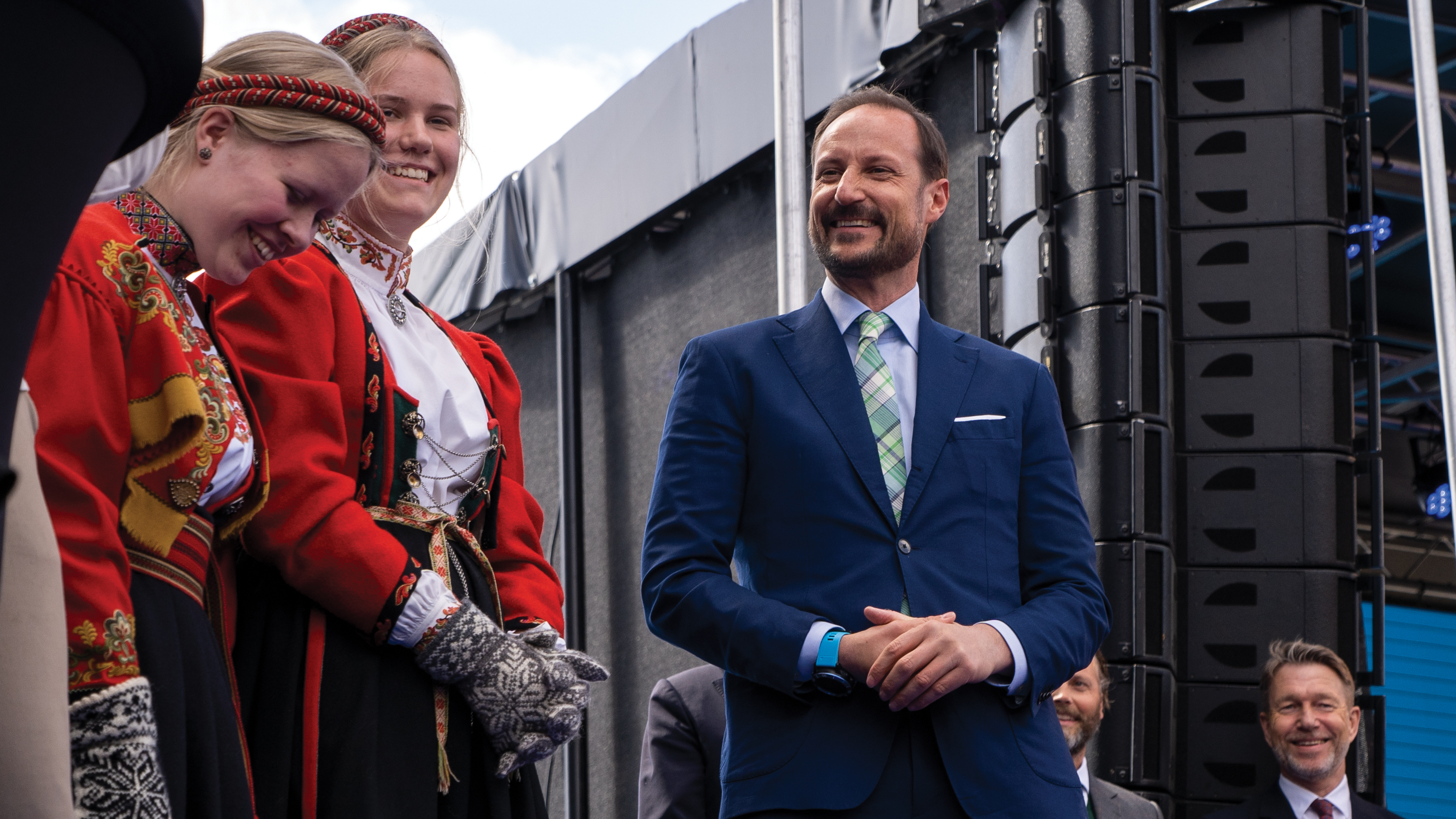 A leading nation of green shipping

About 500 Porsgrunn students from fifth to seventh grade joined the Crown Prince in the ceremony.

“We christen you Yara Birkeland. May you be blessed with good fortune on your mission and may you inspire others in the fight for a better climate,” the two godmothers said before throwing a specially made champagne bottle of ice against the bow of the ship.

In his speech, His Royal Highness Crown Prince Haakon Magnus of Norway addressed the young ones, as well as Yara.

“It takes courage to create something new. It requires investment, patience, and an ability to not give up after the first try. Innovation requires trial and error – and trial and error again – until you succeed. Those of you who have worked at Yara for many years have been involved in this several times before throughout the company’s history”, said His Royal Highness at the ceremony in Porsgrunn. “This is a milestone for Yara,” says Svein Tore Holsether, President and CEO of Yara International.

“Yara took a bold decision in 2017. We wanted to build the world’s first carbon-free container vessel. Today, five years later, we celebrate the outcome of this ambitious decision. Yara Birkeland is a result of ambition, curiosity, and collaboration where innovation, sustainability and technology come together.”

Yara developed the battery-driven ship in collaboration with several Norwegian partners. Kongsberg Maritime has developed and delivered the technology. The ship is built by Vard. Yara Birkeland will be operated by a joint venture undertaken by the Kongsberg Group and Massterly, which is owned by the Wilhelmsen Group. Enova, owned by the Norwegian Ministry of Climate and Environment, has contributed financially (NOK 133.5 million) to the development of Yara Birkeland.

The ship is named after Kristian Birkeland, a leading Norwegian scientist in the early 1900s who is one of the founding fathers of what Yara represents today.

‘To further strengthen our presence in the UAE market, I will be expanding and growing the team even further in the next few months,’ says Satnam Singh.