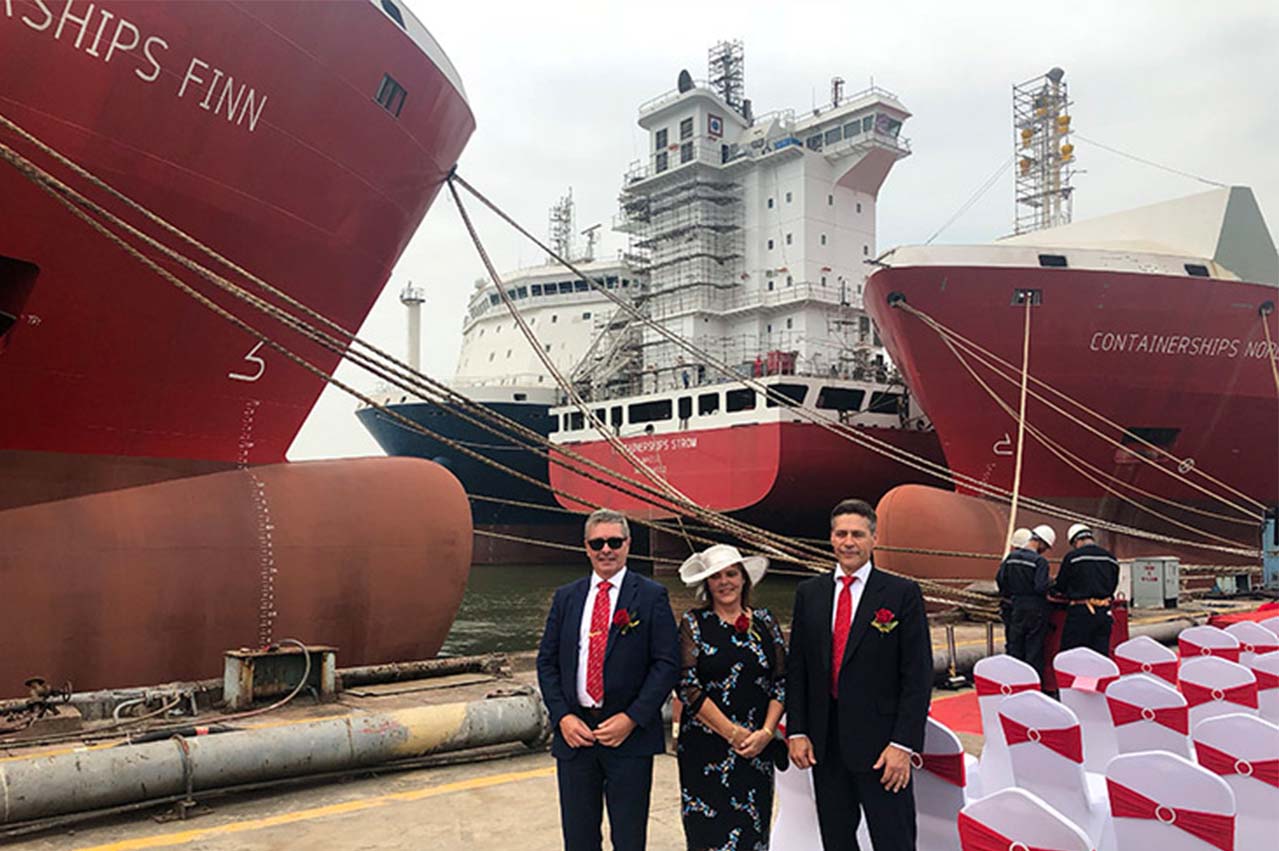 The building of container vessels implemented with LNG technology requires high levels of expertise in a relatively new field of marine fuel solutions, it said.

The global lack of previous experience makes the project challenging, and Containerships has had to adjust the vessel delivery schedule during the shipbuilding phase.

According to the current delivery schedule, the first two LNG-powered vessels will be delivered to Containerships during 2018 and the last two between January to March 2019; the first vessel, M/S Containerships Nord, is scheduled to start her last sea trials during October 2018.

“Even though we have been forced to reschedule the delivery of the LNG vessels by some months, I am happy to say that no major issues, that would have put the whole project at risk, have appeared,” states CEO Kari-Pekka Laaksonen.

“Five years ago, we committed to the largest investment in Containerships’ history and started to build Europe’s first LNG-based supply chain basically from zero.

“Obviously, as the first logistics company to do this, it has not been easy, but I still believe it is the way to go. The environment needs new solutions, and both the public authorities and our customers demand more ecological transport options.”

Successive completion and handover for the first of such ferries scheduled from end of 2022 to early 2023.

Development in line with aspiration to keep Gibraltar on leading edge of developments in the bunkering industry and to reinforce its position as a bunkering hub, says port minister.

The operation marks the company’s venture into LNG bunkering which has been in development with various Malaysian government agencies since 2017.

LNG marine fuel deliveries the first such operations carried out at the sea ports of Gdansk and Gdynia.