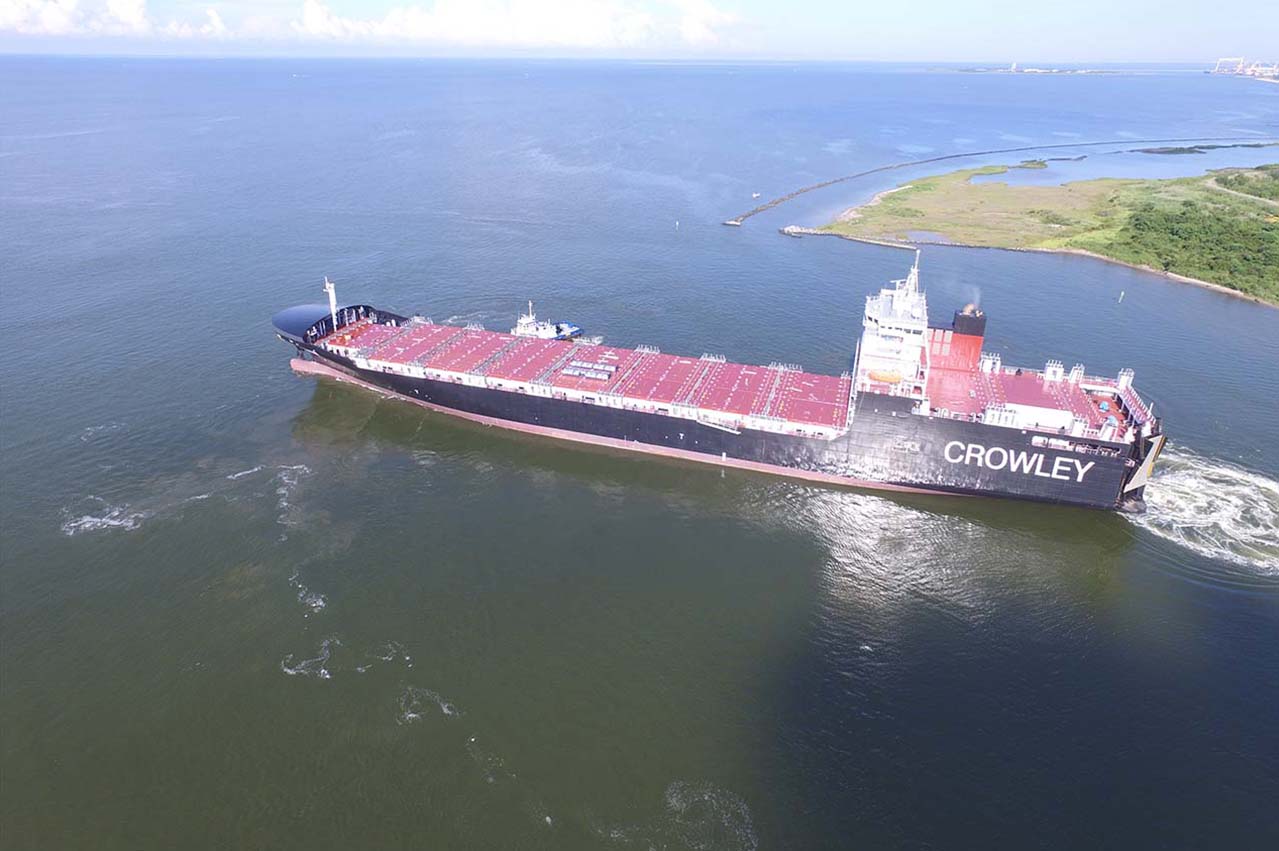 An important consideration in the development of El Coquí was the requirement to use LNG fuel – a move aligned to impending International Maritime Organisation (IMO) regulations on lowering shipboard emissions, according to Buck Younger, Vice President of Engineering at VT Halter Marine.

“The slow speed main engine, which runs on a high press diesel cycle, was specially selected for its ability to offer the lowest levels of methane slip, which accounts for cleaner methane emissions,” he says.

Another key consideration was the requirement to locate the LNG storage tanks and LNG pump room below the main deck.

In the absence of an international safety code governing LNG-powered ship designs at the time, the team adopted the IMO Interim Guidelines MSC 285(86) and United States Coast Guard (USCG) Policy Letter 01-12 instead, requiring close collaboration with DNV GL and USCG.

Efforts were also invested to insulate the vessel’s steel plates against potential LNG spillage on board. Besides locating the LNG storage and pump room in a stainless steel room below deck, the team insisted on the use of IMO Type C double-wall vacuum-insulated LNG storage tanks, which were built for high resistance to cracks and fractures.

These tanks offered a 58-day hold-time compared to the Class requirement of 21 days, thereby prolonging the efficient storage of LNG while eliminating the risk of unlikely leaks in the inner tank.

Other green ship innovations incorporated on board the El Coquí included two ballast water treatment units that comply with regulations on the discharge of ballast water; an oily water separator that prevents the discharge of oil and gasoline overboard; and the use of double-wall vacuum-insulated stainless-steel gas pipes for the safe conveyance of LNG.

Various stakeholders working together to establish an accreditation process for a LNG bunkering permit.

ICCT report indicates the predominantly-methane-based LNG marine fuel traps 86 times more heat in the atmosphere than the same amount of CO2 over a 20-year time period.