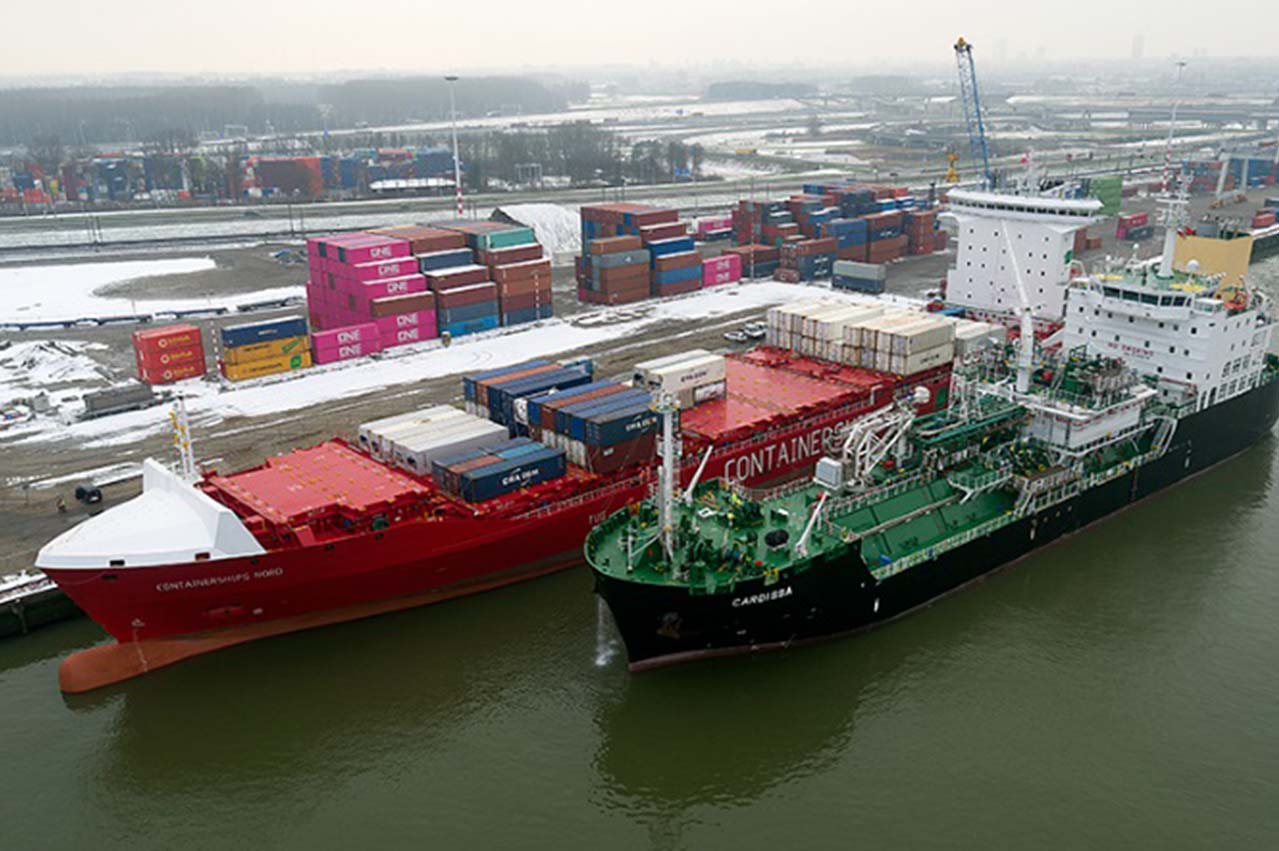 Around 240 metric tonnes of LNG was bunkered to the vessel – an amount that can take her on a roundtrip from Rotterdam to St. Petersburg and back sailing through the Kiel canal twice.

The first bunkering was carried out at lay bay berth in a ship-to-ship LNG bunkering operation from Shell's bunker vessel, the Cardissa.

In future, the bunkering will be carried out at a normal operational berth simultaneously with loading and discharging operations. This means no disadvantages in operative efficiency will occur compared to traditional oil burning vessels, says Containerships.

Bunkering procedures are based on detailed hazard identification and safety assessments. All vessel crew have passed essential LNG bunkering specific training, and safety is a priority throughout the bunkering operation.

“We are proud to supply Containerships with a cleaner burning and viable fuel for the shipping industry,” said Tahir Faruqui, General Manager, Shell Global Downstream LNG.

“LNG bunkering is a very safe operation and we look forward to conducting simultaneous operations with Containerships in the future”.

M/S Containerships Nord started sailing from China towards Europe in Mid-December and reached the European waters after passing the Suez Canal after two and half weeks sailing.

The three sister vessels will follow the same route after their delivery later this year.

After receiving the next two newbuilds, Containerships can start offering its customers a service based on LNG in large extend.

These vessels have endurance of 14 days with LNG, and they will be bunkered once per roundtrip during their regular service loop between Containerships' core ports in the North and Baltic Seas.

As part of the agreement signed by Containerships and Shell, Shell will supply the LNG for Containerships' LNG vessels via ship-to-ship bunkering at the Port of Rotterdam.

All the newbuilds will be bunkered by Shell bunker vessels, including the Cardissa.

Containerships was the first container shipping line in Europe to perform ship-to-ship bunkering with LNG, it claims.

Petronas Activity Outlook 2019-2021 discusses how the oil and gas company will start ops in 2019.