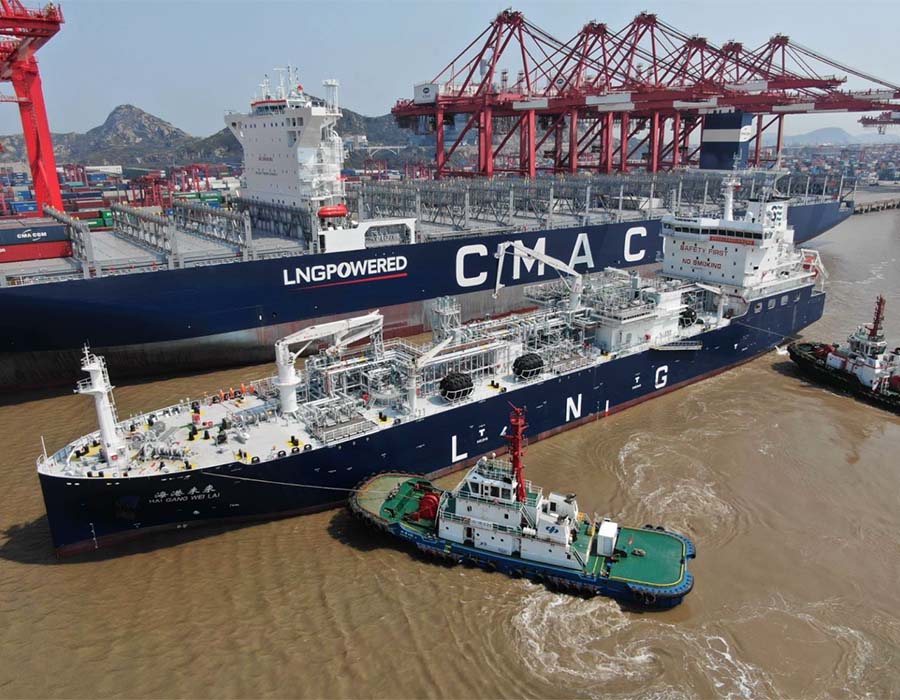 The development builds upon an earlier 10-year LNG bunkering and joint project agreement formed between both entities in January where SIPG will provide SIMOPS LNG bunkering service for CMA CGM’s vessels sailing from China to the United-States at Yangshan Port.

“With the completion of this joint project, our group is the first shipping line to bunker LNG in China, and the first to offer full LNG-fuelled container service between China and the U.S. West Coast,” said Rodolphe Saadé, Chairman and CEO of the CMA CGM Group,

“By expanding the network of world-class ports offering LNG services, this bunkering marks an important step in the energy transition.”

The Shanghai Port’s bonded LNG bunkering project has been highly valued by the Shanghai Municipal Government, according to Gu Jinshan, Chairman of SIPG.

“Today is a historic moment. The Shanghai port’s implementation of bonded LNG bunkering for ships on international voyages has been highly valued by the Shanghai Municipal Party Committee and Municipal Government, and has received strong support from relevant departments,” he highlights.

“With the joint efforts of SIPG and CMA CGM, the first bunkering of bonded LNG for ships on international voyages in Shanghai Port was successfully completed today, which is also a first in China.

“It is of great significance to creating a world-class business environment, improving Shanghai’s port service functions, and enhancing the comprehensive competitiveness of Shanghai as an international shipping center.

“With the expansion of bonded LNG bunkering service for international voyage ships at Shanghai port, that will be conducive to promoting green and low-carbon development in international shipping industry and contributing to the achievement of carbon neutrality goal.” 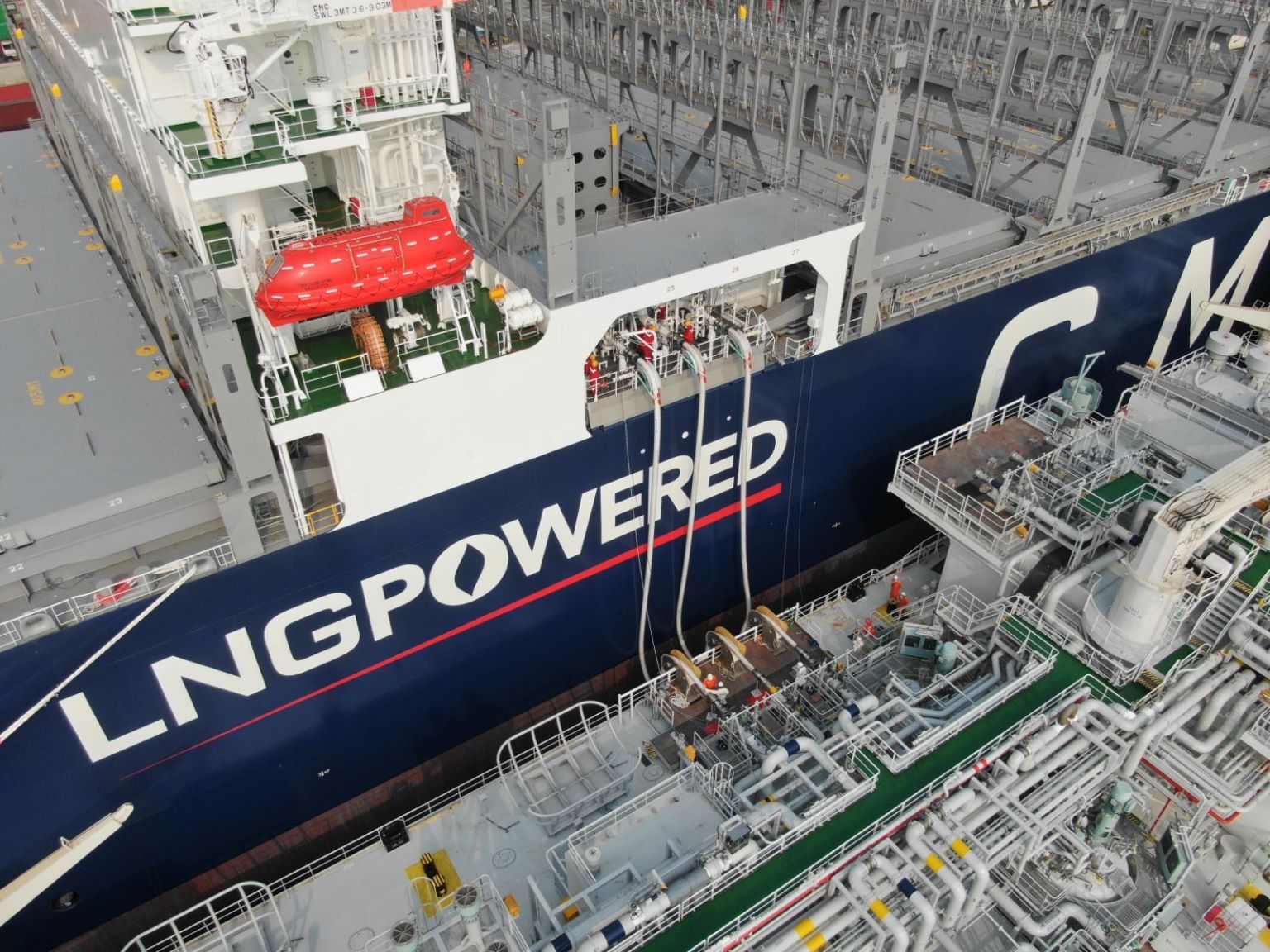 New structure has the various responsibilities of the CEO shared by a few executives.

Termination of HOA was mutually agreed by both parties as there is no concrete and sufficient agreement on the proposal, stated Straits Energy Resources.

SOHAR joins coalition to promote its investment in LNG bunkering facilities and the use of liquefied natural gas (LNG) as a marine fuel, says SEA\LNG.