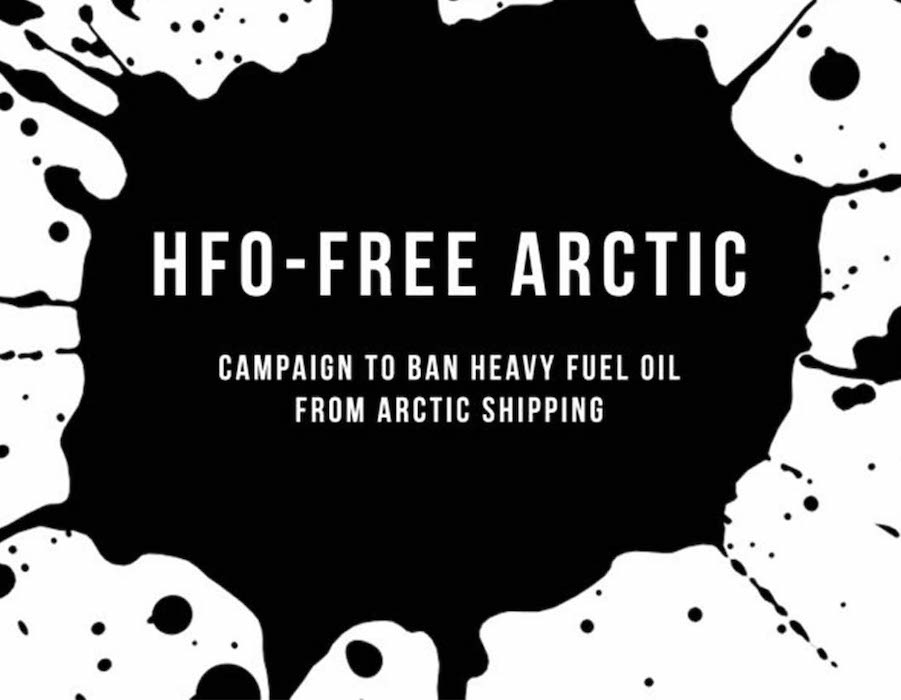 Clean Arctic Alliance, a coalition made of non-profit organisations (NGO), on Friday (26 February) published a response to the Joint US Canada February 26th statement by Canada’s Minister of Transport, Omar Alghabra and United States Transportation’s Secretary, Pete Buttigieg, on their dedication “to working with the IMO to effectively implement the ban on the use and carriage of heavy fuel oil (HFO) as fuel in the Arctic”.

“While we welcome the commitment to implementing the Arctic heavy fuel oil ban by Minister Alghabra and Secretary Buttigieg, the Clean Arctic Alliance urges International Maritime Organization’s (IMO) member states to ensure the ban is implemented in full by 2024, and not 2029 as envisioned by the regulation as is it currently stands,” said Dr Sian Prior, Lead Advisor to the Clean Arctic Alliance.

“We are also calling on the US, Canada, Russia, Iceland, Greenland and Denmark to put in place domestic bans on the use and carriage of HFO, ahead of the IMO ban. Norway is already leading the way by consulting on an extension to an existing ban on aHFO in the waters around Svalbard, which would eliminate all HFO use and carriage on ships from the archipelago’s waters. We believe that other Arctic coastal countries should follow Norway’s example”.

“While we note the spirit of the US and Canada’s statement on emissions from shipping, we are calling on all IMO member states to increase ambition on greenhouse gas emissions from shipping, in line with Paris agreement commitments. In particular, the IMO and its member states must act quickly to reduce emissions of black carbon – a short-lived climate forcer – from shipping, by driving a switch to distillate fuels and the installation of particulate filters, or other cleaner energy sources for vessels operating in the Arctic. The IMO will once again have an opportunity to address black carbon during next month’s meeting of its Sub-Committee on Pollution Prevention and Response (PPR 8, 22-26 March 2021). In addition, the US and Canada must make every effort to ensure that the shipping sector meets the Arctic Council’s target for black carbon emission reductions of 25-33% below 2013 levels by 2025”.

“As the Arctic is already experiencing dramatic changes – the massive loss of summer sea ice, opening up of shipping routes earlier in the year and thawing of the permafrost – the Clean Arctic Alliance welcomes the joint US-Canada declaration to explore how the transportation infrastructure, including safety and climate change, along with socio-economic needs of the Arctic and Northern communities can be supported and addressed.”

The following is an outline of the current situation of the HFO ban and its implications published by the Clean Arctic Alliance:

Current Status of the HFO Ban

In November 2020, during a virtual meeting of the IMO’s Marine Environment Protection Committee (MEPC 75), a ban on the use and carriage of heavy fuel oil was approved by member states, and if adopted at MEPC 76 in June 2021, will come into effect in 2024. However, according to recent analysis by the International Council on Clean Transportation, the regulation approved will only reduce the use of HFO by 16% and the carriage of HFO as fuel by 30% when it takes effect in July 2024, and will allow 74% of Arctic shipping to continue with business as usual, until the ban come fully into effect in 2029. Between July 2024 and July 2029, when the ban becomes fully effective, the amount of HFO used and carried in the Arctic is likely to increase as shipping in the Arctic increases, and as newer ships replace older vessels and are able to take advantage of the exemption or change flag and seek a waiver from the ban.

Gulf of Mexico hybrid PSVs to use Corvus battery systems

The company said it has been a pioneer in using LNG as a fuel, and it will introduce the large-scale use of liquefied petroleum gas as a fuel during 2021.