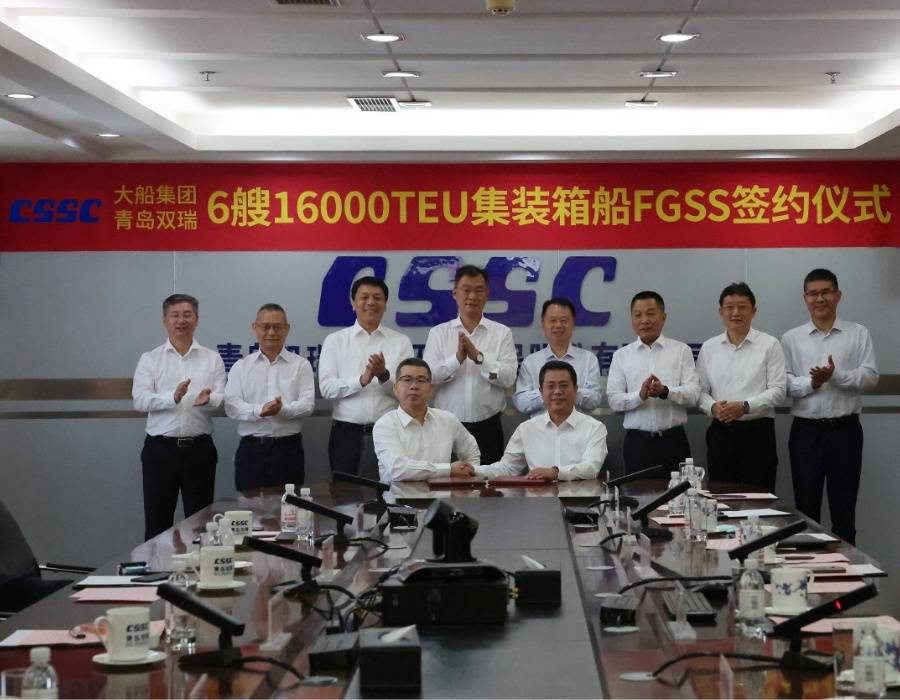 SunRui will deliver the FGSS to DSIC in 2023 for six newbuilds of 16,000 TEU LNG powered container vessels.

The vessels were ordered by one of the world’s largest container companies and designed to be equipped with the largest WinGD low-speed dual-fuel engines.

SunRui, a subsidiary and research institute of China State Shipbuilding Corporation (CSSC), realised the trend of the marine industry to minimise carbon footprint and started its own research and development from 2017.

After rounds of evaluations during FGSS selection of the 16,000 TEU container project, SunRui Gaslink FGSS was chosen by both DSIC and the ship owner.

Additionally, SunRui has developed its own FGSS simulation platform with DIGITAL-TWINS technology.

The platform digitalises the physical parameters and system models of the entire FGSS, setting up a twin-system in the computer.

With the platform,  technicians can not only simulate the system’s full specification and operation during the design stage, but also the commissioning and crew training process.

SunRui has built its own land-based FGSS testing facility in Yantai, China, for research, simulation and operation.

The testing results of the prototype have been successfully acknowledged and approved by major system users including shipowners and shipyards, which were witnessed by class societies in 2021.

BC Ferries will also explore opportunities to increase the biodiesel content all the way up to 100% (B100); normally run fleet on ultra-low sulphur diesel containing at least five per cent B5.

Companies suggested that methanol fuel should be used as their main research direction of future clean ship fuel and the duo will jointly contribute to the national "dual carbon" goals.

Bad weather has delayed stems in GOLA and Zona Comun, and US Gulf Coast refineries have ramped up fuel oil production after Hurricane Ida struck.