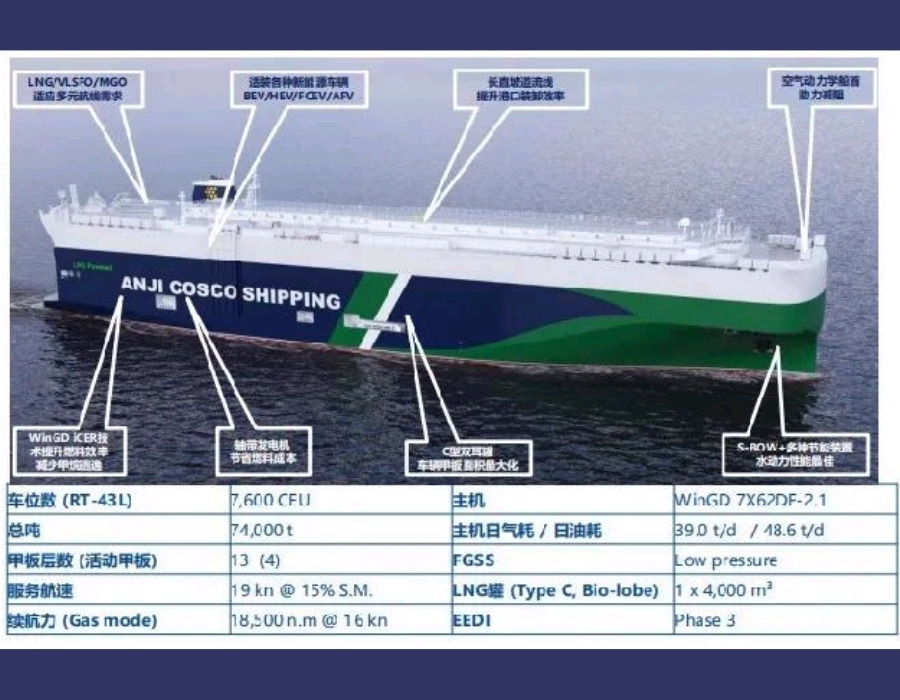 Jiangnan Shipyard, a subsidiary of China State Shipbuilding Corporation (CSSC) has recently started constructing the first of two 7,600 capacity LNG dual-fuel ocean-going vehicle carriers built for AnJi Logistics, a subsidiary of SAIC Motor, according to CSSC on on Wednesday (24 August).

This series of car carriers was developed by Jiangnan Shipyard and designed by Shanghai Merchant Ship Design And Research Institute (SDARI).

According to CSSC, the vessels were dual classed to DNV and China Classification Society (CCS) standards.

SDARI customised the vessels according to AnJi Logistics’ requirements including incorporating hydrogen fuel cells into the design.

“After completion and delivery, it will become China’s largest, world-leading, and localised ocean-going vehicle carrier, which can meet the growing export business needs of SAIC and other domestic and foreign-owned brands of new energy vehicles,” stated CSSC.

Once constructed, the newbuilding duo will be the largest dual-fuel Pure Car and Truck Carriers (PCTCs) in the world.