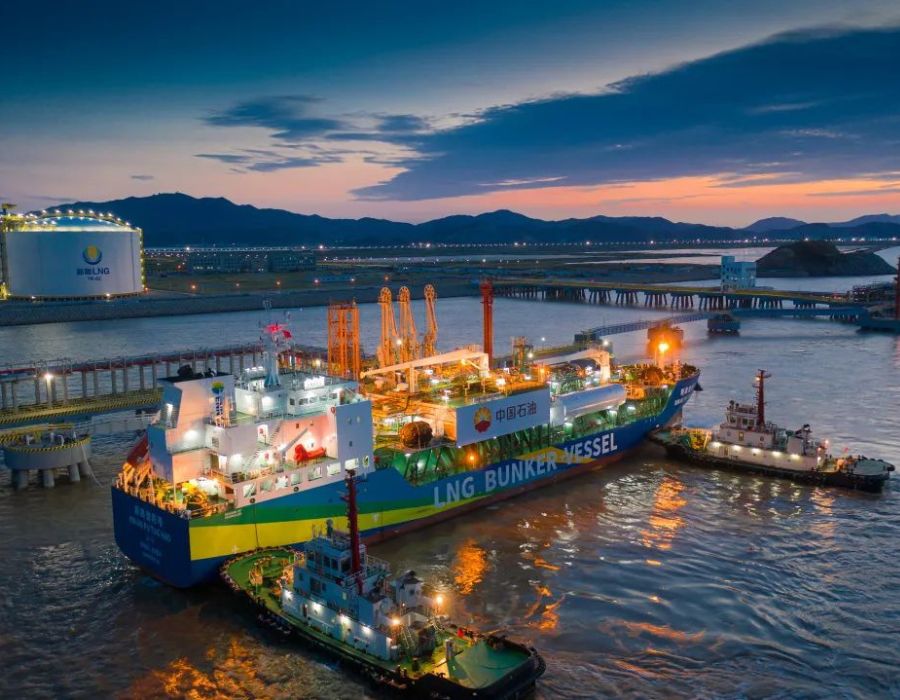 The ship is said to also be the world’s largest LNG bunkering vessel equipped with a type-C tank.

While at Zhoushan, the ship is expected to be loaded with 8,000 cubic metres (m3) of LNG bunker fuel cargo at Zhoushan Xin’ao LNG Terminal to distribute as bunker fuel to container ships in Shenzhen Yantian Port.

Zhoushan Maritime Safety Administration was said to have made every effort to ensure the vessel’s safety during its entry and exit as well as during its operations at the terminal.

It became the first domestic newbuilding LNG bunker vessel in China that was classed by CCS and complied with CCS Rules for LNG Bunkering Vessels.

According to a separate 2019 statement by technology group Wärtsilä on the ship, it is China’s first seagoing LNG bunker vessel and the first vessel of its kind built and owned by Chinese companies.

Results show B30 is a practical and cleaner substitute to traditional VLSFO, reducing voyage GHG emissions by about 24%, which is 723 tonnes of CO2 equivalent.

China’s bonded bunker fuel sales slipped to about 1.59 mln mt in May, down 1.1% from April, mainly due to tightening supply at certain ports, JLC data shows.