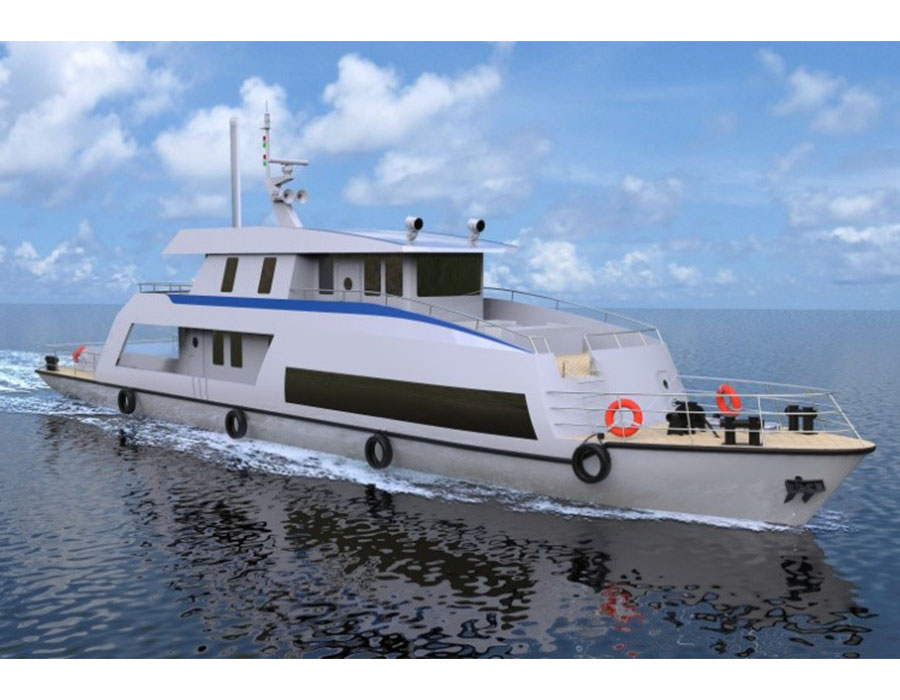 The China Classification Society (CCS) in late April said it will be collaborating with several partners to build China’s first fuel cell-powered public service vessel for operations in the Yangtze River basin.

The ship, with a rated power of its fuel cell reaching 500kW offers total hydrogen storage of 60kg and total energy storage of more than 1MWh, according to CCS.

It will completely realise “zero emission” of sulphur oxides, nitrogen oxides and greenhouse gases, marking a new giant step forward in the application of key technologies of hydrogen fuel cell powered ships in China, it adds.

“The goal is to minimize the probability and consequences of low temperature, fire, explosion and other risks related to fuel, and to ensure that battery cells using hydrogen or other hydrogen-rich fuels have the same safety level as conventional main engines and auxiliary engines fueled by petroleum,” it notes.

To date, CCS has found hydrogen-based fuel cells to “leak a certain amount” during normal operation.

“As the ship’s engine room is confined space, any slight leakage if not handled properly will easily cause hydrogen accumulation and explosion. Therefore, the hydrogen storage place and fuel cell cabin should have appropriate safety measures to ensure the safety integrity level,” it advises.

Singapore and Rotterdam are among the largest bunkering ports in the world, making them vital links on the Asian-European shipping lanes, said MPA.