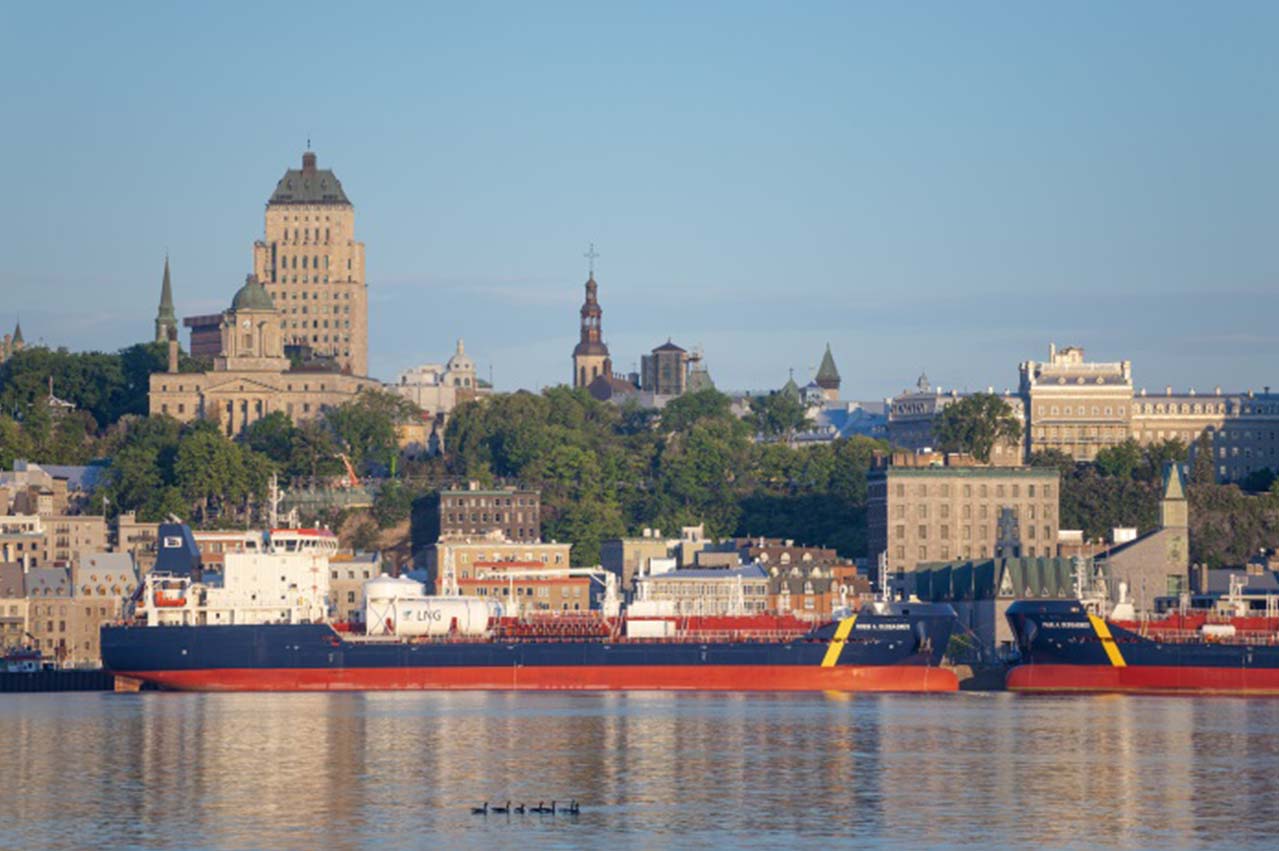 Quebec-based marine transportation firm Desgagnés has completed the double christening and inauguration of the polar class liquefied natural gas (LNG) dual fuel petroleum/chemical tankers M/T Paul A. Desgagnés and the M/T Rossi A. Desgagnés at the Port of Quebec.

The latest additions to its fleet represent the completion of an investment plan, worth more than $200 million and launched in 2015, for the construction and commissioning of four new vessels.

Each vessel represents an investment of $50 million, of which close to $9 million for each ship was solely for the purpose of adding a dual fuel/LNG engine.

With a deadweight of almost 15,000 tonnes and tanks with a capacity of more than 17,000 m³, the vessels are suitable for transporting refined petroleum or chemical products. They were built at the Besiktas shipyard in Turkey.

“Desgagnés is very proud to have state-of-the-art vessels in its fleet,” said its President and Chief Executive Officer, Louis-Marie Beaulieu.

“The addition of the Paul A. Desgagnés and the Rossi A. Desgagnés demonstrates Desgagnés’ vision and leadership in sustainable development in a tangible way, as well as its commitment to its customers to offer a first-class marine petroleum transportation service that represents quality, safety and respects the environment.”

Portable tank system designed to be filled at land-based LNG terminals and loaded onto LNG-powered vessels.

The first of two vessels, with an option of two more, will be equipped with two Type C LNG bunker fuel tanks and are designed to meet Finnish-Swedish ice class 1A Super standards.