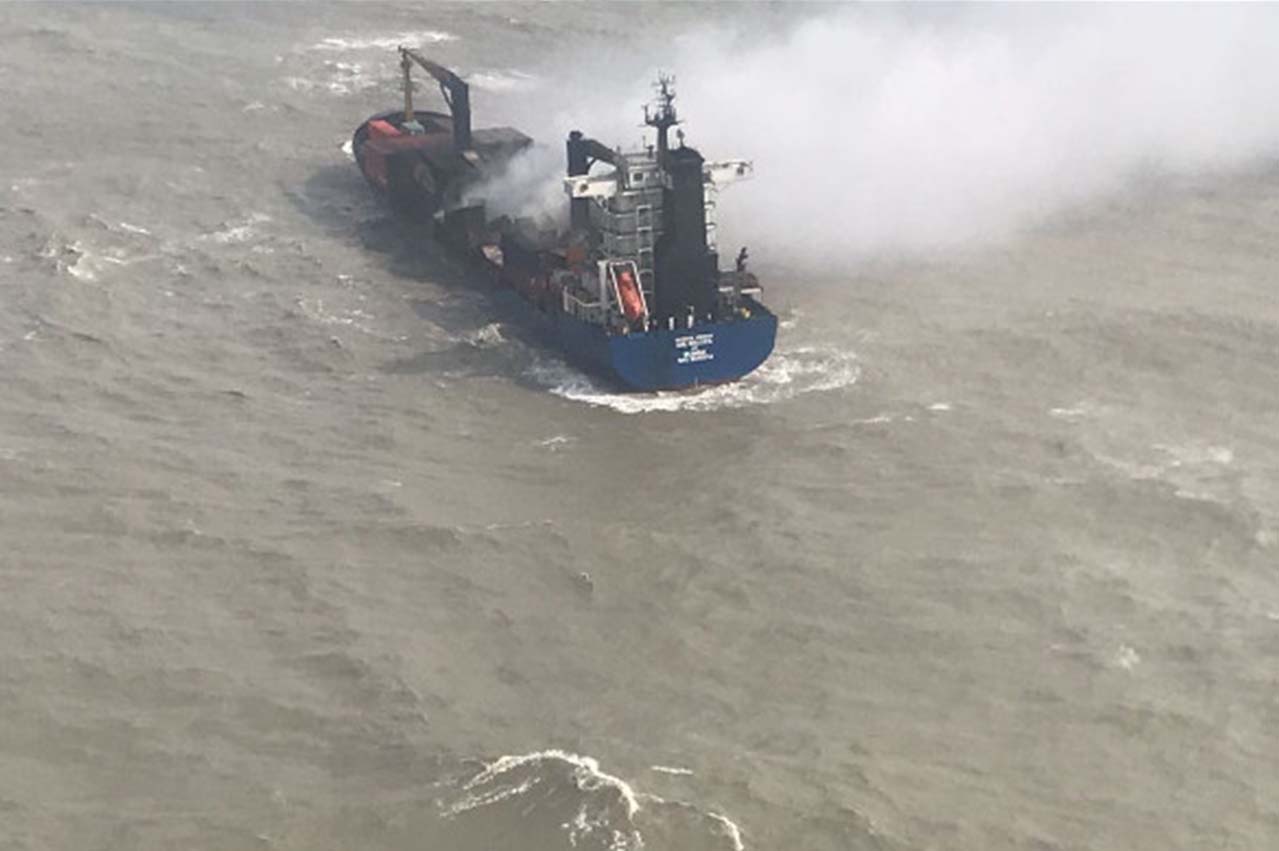 Media reports estimate about 400 metric tonnes (mt) of bunker fuel remaining within the 1,100 TEU capacity box vessel, with a risk of it breaking apart.

International salvors M/s. SMIT have reported that further explosions have been heard from stand-by vessel Lewek Altair, and that SSL Kolkata has developed a list to starboard with the deck now partly submerged.

Shreyas noted the grounding occurred following an explosion on 13 June in the cargo area, resulting in a significant fire. The crew, using the on—board fire response systems, fought the fire for as long as they were able to, but were eventually forced to leave the vessel due to the fire’s intensity. All 22 crew members were unharmed.

The removal of bunker fuel and cargo, meanwhile, remain a “priority”. Several support vessels are standing by for observation and potential anti-pollution duties, with the primary aim of protecting the marine environment and preventing any pollution from cargo or fuel oil.

“While there has been no release of any fuel oil to date, plans have also been developed by the authorities, salvors and other experts to address this eventuality. These include the deployment of absorbent booms and other countermeasures,” said Captain V.K. Singh, Managing Director of Shreyas.

“Shreyas takes its environmental responsibilities extremely seriously and will make every effort to ensure that this situation is brought to a safe and timely conclusion, despite the very challenging monsoon season conditions which are currently being faced.

“The company would like to thank the Indian authorities, for their timely and highly professional assistance in this matter and will continue to work in close cooperation with all concerned parties.”

Japan's Yokohama port is advancing its plan to start up LNG bunkering operations as part of a strategy to become a carbon-neutral port.

Approximately 460 mt of 1000mt of leaked fuel is estimated to have been manually recovered and 1,600 mt of VLSFO and about 200 mt of DO remain on the ship.

Name of the company has been changed to Fast Energy Holdings Berhad with effect from 26 July 2021, according to an update from Bursa Malaysia.