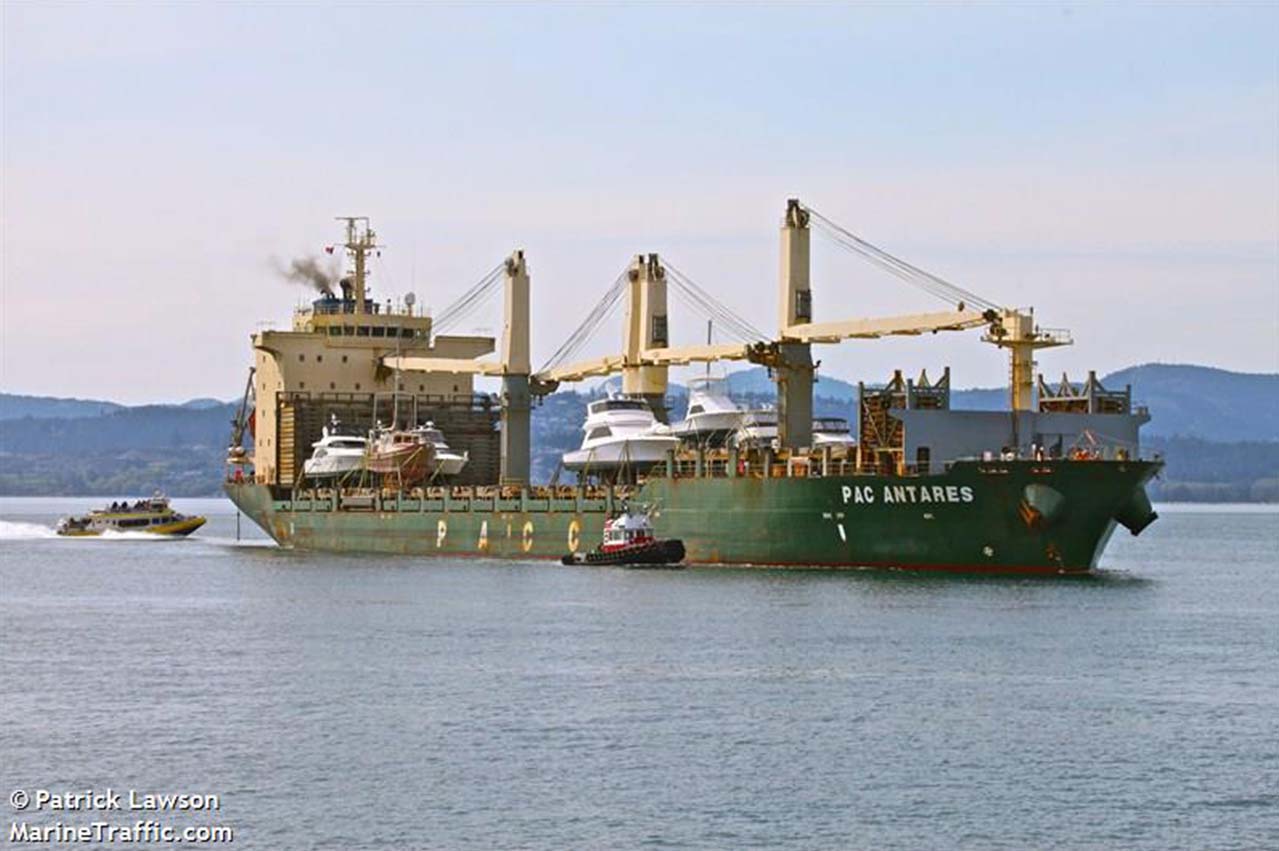 Singapore-based shipowner Antares Maritime, the owner of bulk carrier M/V Pac Antares, has taken The Board of Commissioners of the Port of New Orleans and Ports America Louisiana, LLC to court over a 2,000 heavy fuel oil bunker spill on 12 April, 2018 according to a document obtained by Manifold Times.

The Singapore-registered M/V Pac Antares was arriving at the Port of New Orleans on 12 April to discharge cargo at the Ports America Louisiana-managed Nashville Avenue Wharf, when a piece of steel plating that had been installed on the wharf allegedly came into contact with the vessel’s starboard hull.

The steel plate was present despite knowledge of the board having prior knowledge of its presence during its own inspection on 30 January 2018, it alleges.

“The steel plate was protruding beyond the protection provided by the dock’s wooden fender piles, which were broken, missing, worn, and substantially deteriorated in the area where the M/V Pac Antares was assigned and directed to berth,” claimed Antares Maritime.

“These hazardous conditions were neither visible nor obvious to the M/V Pac Antares during its approach, and the Port failed to provide any notice of these conditions to the vessel.

“As a direct result of these conditions, the steel plate acted like a can opener and scraped along the vessel’s hull, ultimately puncturing the hull and the vessel’s starboard bunker tank. The puncture resulted in a spill of about 2,000 gallons of heavy fuel oil into the Mississippi River.”

Antares Maritime expects damages to exceed $10 million due to cost from damages and loss of use of the M/V Pac Antares, surveyor’s fees, oil spill response and cleanup costs, third party claims from the oil spill, civil fines, potential liability for natural resource damages, and more.

Further, it is claiming for failure to provide safe berth, negligent and improper design of the Nashville Avenue Wharf, failure to install and maintain proper fenders along the wharf, directing M/V Pac Antares to a berth known to be potentially hazardous, and more.

“As a direct result of the negligence and faults of the Board and Ports America, Antares Maritime Pte Ltd. is entitled to recover its full damages resulting from the incident, including legal fees, costs, expenses, and interest.”