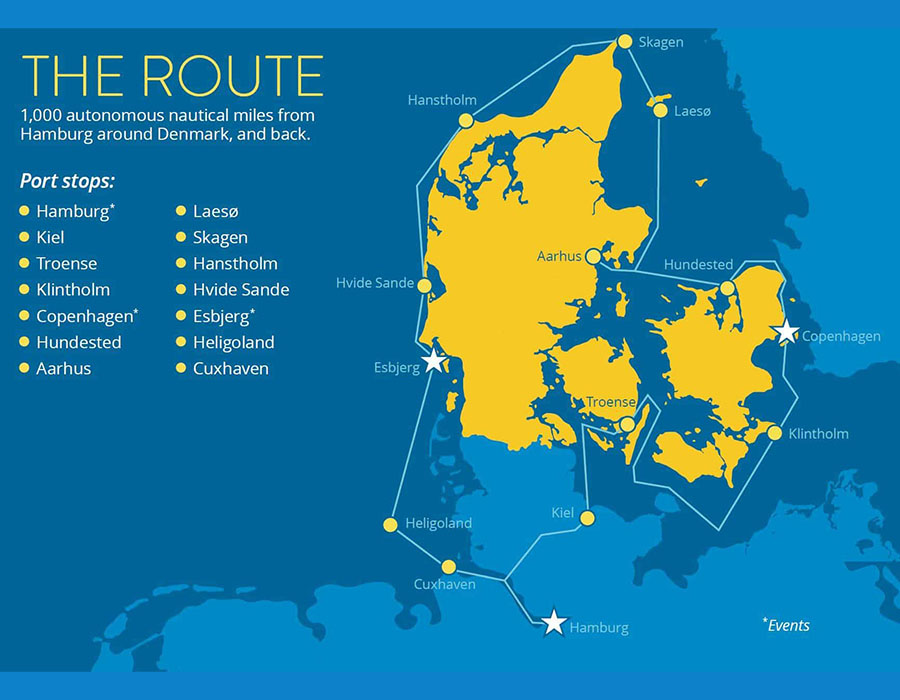 International bunkering firm Bunker One on Tuesday (5 October) said it has been approached by Sea Machine Robotics to supply the cleaner, renewable hydrotreated vegetable oil (HVO) marine fuel to the maiden voyage of Nellie Bly, the world’s first fully autonomous vessel embarking on a 1,000 nautical mile voyage around Denmark.

Being at the forefront of supplying marine fuels to the world’s shipping and logistics industry, Bunker One says it is pleased to supply the fuel to Nellie Bly, which can help cut CO2 emissions by up to 90%.

“Being part of such a momentous undertaking, as the first fully autonomous ship’s voyage around Denmark is, is truly inspiring,” says Peter Zachariassen, CEO of Bunker One.

“And being able to provide the green fuel needed for the project to not only make this frog leap forward in safer shipping technology and manoeuvring but also ensuring a much more CO2-efficient trip is something we’re very proud of at Bunker One, as we see ourselves as supporting the pioneering spirits with renewable fuel.”

The move risks introducing sub-optimal environmental laws at the EU level, contributing to a regulatory patchwork and increasing international fragmentation, it said.

Creditors are required to submit debts or claims and any security to the liquidator by 8 January 2019.