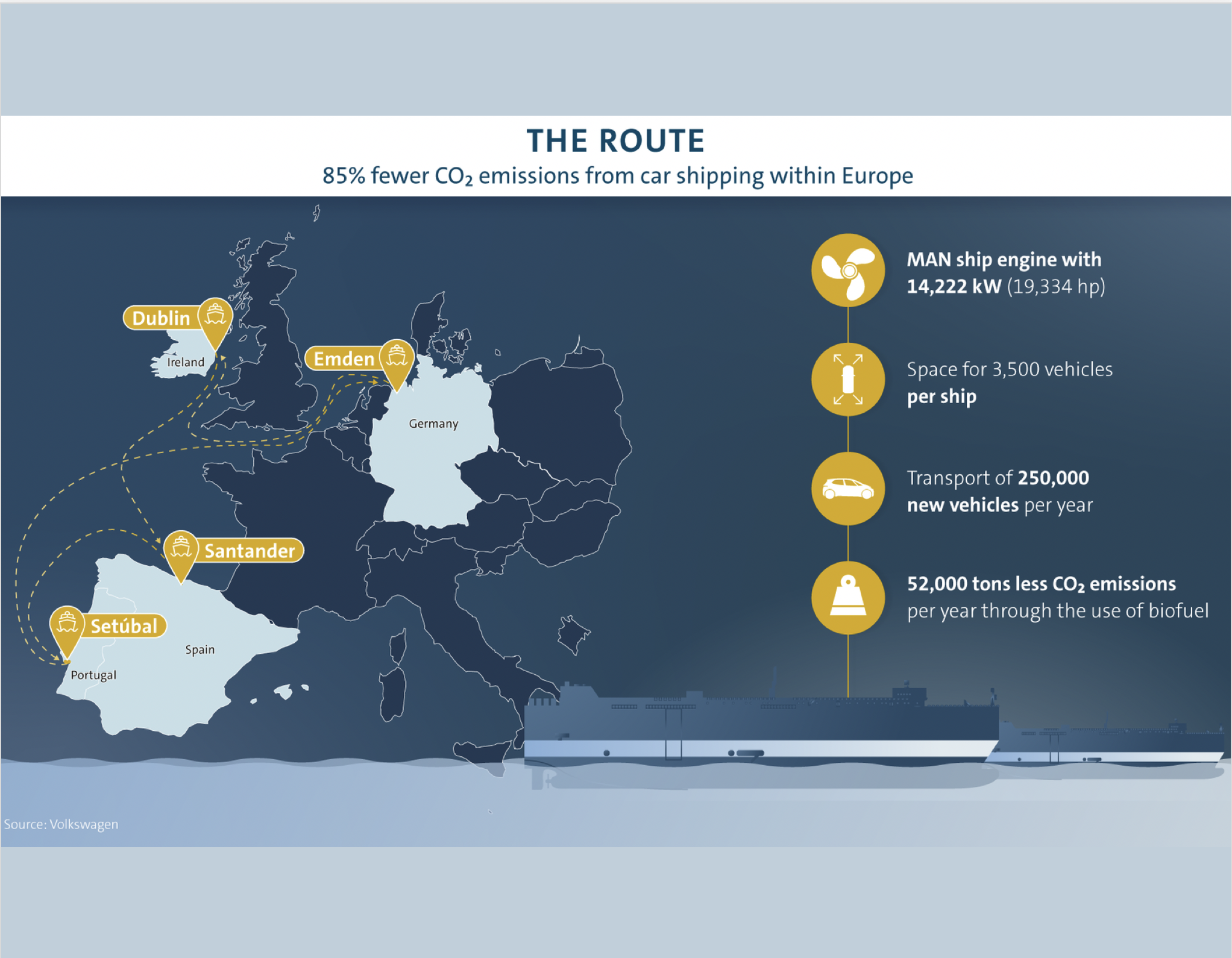 The Volkswagen Group on Thursday (26 November) said it is planning to use certified fuel from vegetable residues for certain new car shipments via marine routes. The fuel is produced from materials such as used oil from restaurants and the food industry.

The first car freighter was re-fuelled for the first time with this oil in mid-November 2020 and a second ship is due to follow at the beginning of 2021.

“We are the first automaker to make widespread use of this fuel. This way, we reuse waste oil in an environmentally compatible way. With 85% lower CO2 emissions than with conventional fossil fuels, the contribution to climate protection is enormous,” says Thomas Zernechel, Head of Volkswagen Group Logistics.

For European shipments, Volkswagen Group Logistics continuously charters two vessels which carry up to 3,500 vehicles on a route from Emden via Dublin (Ireland), Santander (Spain) and Setubal (Portugal) back to Emden about 50 times per year.

In the course of their journeys, they carry about 250,000 new vehicles of the AUDI, SEAT, ŠKODA, Volkswagen Passenger Cars and Volkswagen Commercial Vehicles brands every year.

In future, the two ships are to be refuelled at sea off the coast of Vlissingen (Netherlands) with alternative fuel supplied by the Dutch company GoodFuels.

This way, the CO2 emissions of the two conventional vessels along their route will be reduced by more than 85 percent – from over 60,000 to about 9,000 tonnes per year. In addition, sulphur oxide emissions will be almost completely avoided.

This change is part of a strategy to make Group Logistics even greener: another element is the use of liquefied natural gas (LNG) to power car freighters.

These vessels travel between Europe, North America and Latin America. Furthermore, all rail shipments in Germany with DB Cargo are being changed over to eco-power.

The Methanol Institute and DNV GL aims to provide shipowners with the information they need to make decisions about adoption of methanol as a viable bunker fuel.

MAN Energy will provide the solutions in association with Aspin Kemp & Associates, in which it has a 40% stake.